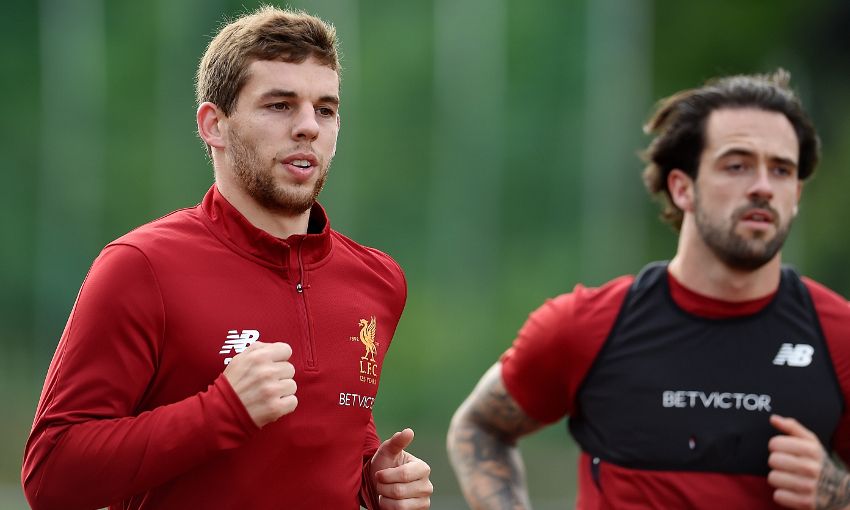 Jürgen Klopp has confirmed there will be starts for Marko Grujic, Alex Oxlade-Chamberlain and Danny Ward against Leicester City this evening.

Ward gets his first chance between the posts this term, having returned to Liverpool following a successful season on loan with Huddersfield Town, as the Premier League sides face off in the Carabao Cup.

Oxlade-Chamberlain is set for a maiden start since joining the Reds from Arsenal on transfer deadline day, while midfielder Grujic earns an opportunity after he ‘made a big step in his development’ according to the manager.

The third-round tie at King Power Stadium could provide an opportunity for Jon Flanagan, too, with the defender to be part of Klopp’s matchday squad and ‘in the mix, for sure’.

Meanwhile, Dejan Lovren is expected to be available for the cup contest after dropping out of the XI on Saturday due to a sore back, and Danny Ings could come into contention having not being involved in the U23s’ win at West Ham United on Monday.

Craig Shakespeare has fitness issues to contend with as four Leicester first-team players look likely to miss out on the sides’ first meeting of two this week.

Jamie Vardy has not been ruled out but will have a groin problem assessed before a decision is made on his involvement, the Foxes boss explained to the media ahead of the tie.

“He has had continuous treatment and we will give him every opportunity to be fit but he won’t be one to risk,” said Shakespeare. “We will assess him [on Tuesday morning], but I am very confident he will be fit for Saturday.”

Christian Fuchs (eye) and Matty James (Achilles) are unavailable, while defender Robert Huth is expected to miss out after ankle surgery in the summer.