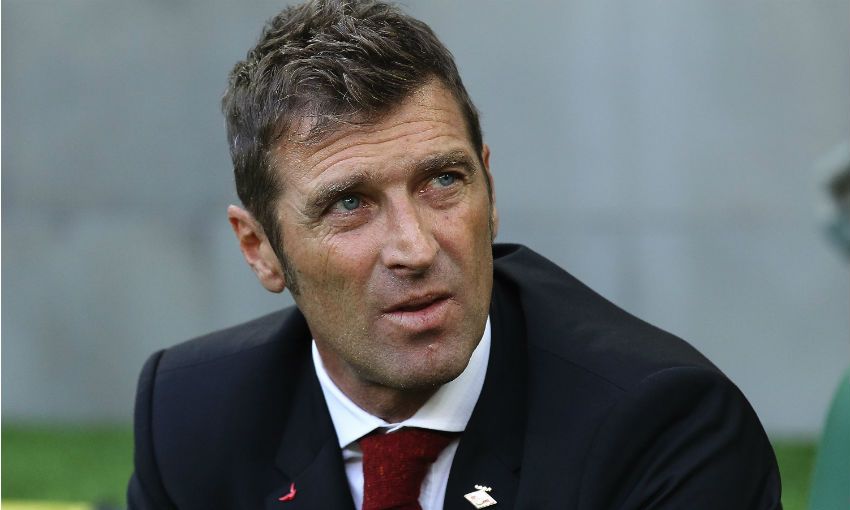 Spartak Moscow boss Massimo Carrera's past relationship with Antonio Conte means Liverpool can expect to face a side set up in a similar way to Chelsea on Tuesday.

That's according to football journalist and editor in chief of the Futbolgrad Network Manuel Veth, who has given us a comprehensive lowdown of the Reds' next Champions League opponents.

Read on to find out everything you need to know about Spartak, who sit seventh in the Russian Premier League after a dramatic 2-2 draw with Anzhi Makhachkala at the weekend... 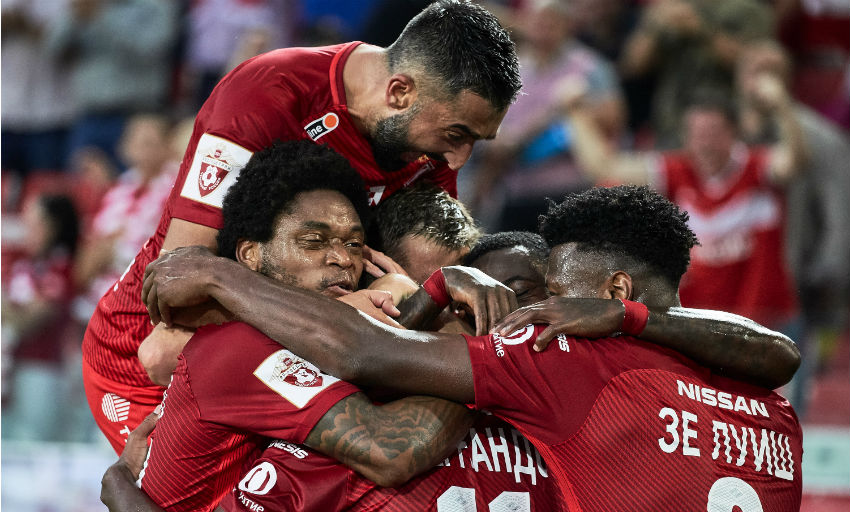 Spartak are the reigning Russian champions but haven't enjoyed the best start to the new season. Why is that?

That's an excellent question. Spartak have won just three of their first 11 games in the Russian Premier League. They're already way adrift of league leaders and rivals Zenit Saint Petersburg, and while the Russian league is very competitive, it already seems unlikely that they will be able to defend their title this term. One of the big differences between this season and last season has been the fact that Spartak have been unable to close out games.

Their recent game against newly promoted Tosno was a perfect example of this, as Spartak were 2-0 up and last season would have easily picked up the three points. This year, however, they have lacked composure over the full 90 minutes and they conceded two late goals to draw 2-2.

Composure is perhaps the key factor for Spartak and they haven't seemed to be at 100 per cent this season. That might partly be down to them having won the league last season, but also their inability to secure their transfer targets and the short break due to the Confederations Cup. Carrera is under some pressure, with Spartak owner Leonid Fedun not shy of making managerial changes early in the season.

Can you give us some insight into how Spartak play? What system does Carrera tend to favour?

Carrera did a fantastic job winning the title last season, which ended a 16-year wait for the club. He used to be the assistant coach of Conte both at Juventus and with the Italian national team, and Spartak play a similar style to Conte's Chelsea.

With three at the back, they like to absorb pressure and then quickly swarm forward on the counter-attack. The formation therefore swiftly changes from a defensive 5-3-2 to a 3-5-2 or 3-4-3 when going forward. Last season Spartak worked like clockwork using this system, but it hasn't been as effective so far in the current campaign. 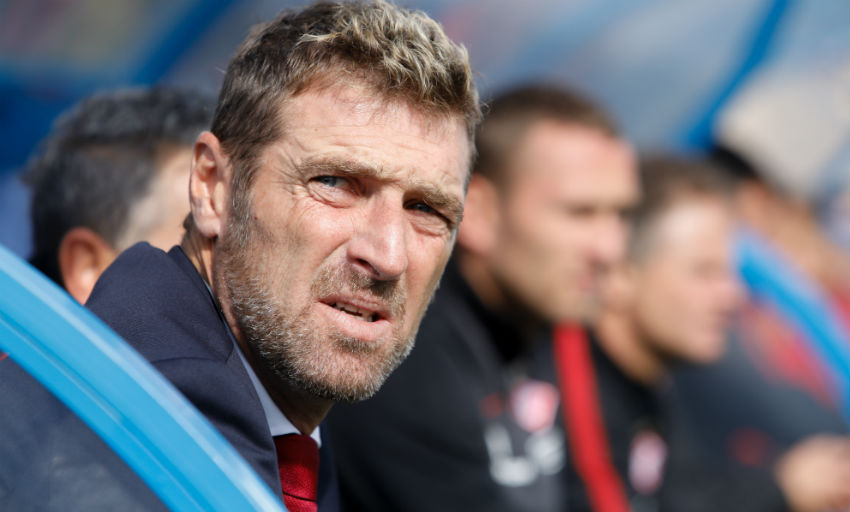 What are their main strengths and weaknesses?

The main strength of Spartak last season was their defence and their ability to hit teams with quick breaks and then see out games. Unfortunately, that system is not working this season as the team has conceded too many goals while not scoring often enough themselves.

The 5-1 defeat to Zenit in August and the 4-3 loss to Lokomotiv Moscow a couple of weeks later are perhaps the best examples of Spartak's weaknesses this season. The team lacks the composure in midfield to effectively play a 3-5-2 system, which gives the opposition too much room to exploit on the counter-attack.

Are they likely to change the way they play against Liverpool?

This is one of the major questions in Russia right now - can Carrera change the way Spartak are playing? I don't think he will or that he should. In theory, the system Spartak are playing is perfect against bigger opposition. When played the right way, the 3-5-2 defensive formation, which looks like a 5-3-2, is perfect to absorb the pressure against strong teams like Liverpool and would allow Spartak to utilise their fast players to break on the Reds. 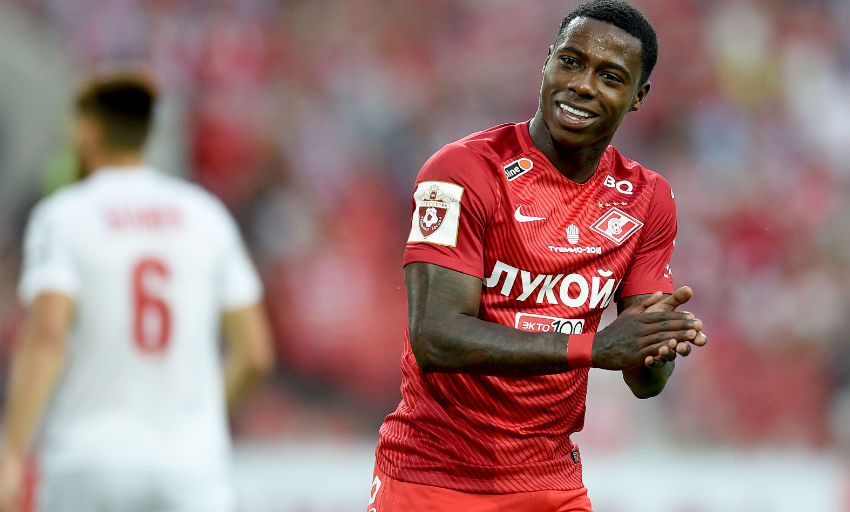 Spartak have a few familiar names in their squad, such as Quincy Promes and Luiz Adriano. Who will provide their greatest threat to Liverpool?

Quincy Promes is by far the biggest star in the Russian Premier League and was the main reason Spartak won the title last season. The Netherlands international has scored eight goals in 13 games this term but he picked up an injury in last week's cup win, missed Spartak's league draw with Anzhi at the weekend and is a doubt for the visit of Liverpool.

What is Spartak's home ground, the Otkritie Arena, like?

I've had the pleasure of working at several games there and it's a fantastic stadium. It opened in 2014 and borrowed some of its design features from the Allianz Arena in Munich - steep stands and a low roof means that the stadium gets very loud on matchdays.

Spartak are the most-supported club in Russia, and the stadium will be sold out for what will be the biggest game in the club's history in recent years. Liverpool fans can look forward to a wonderful European night in an incredible stadium. 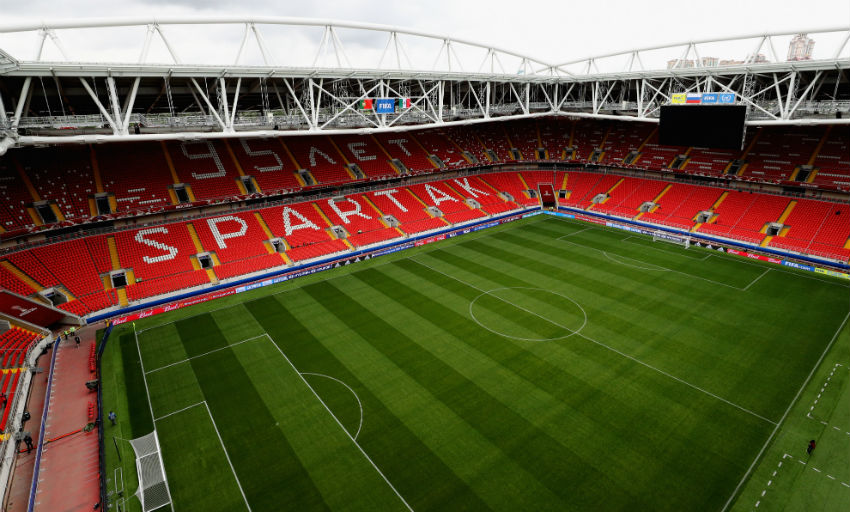 Like Liverpool, Spartak drew their first Champions League group game. How do you expect this match to go?

Liverpool will be the big favourites for this match. Spartak are not only a club looking to regain their form and confidence, they are also inexperienced when it comes to Champions League football. It has been five years since Spartak were last in the group stages and their lack of experience at the highest level could affect them.

In general, Spartak will try to sit deep, absorb pressure and break on the Reds. However, their recent form makes me pessimistic about their chances of getting anything from this game.