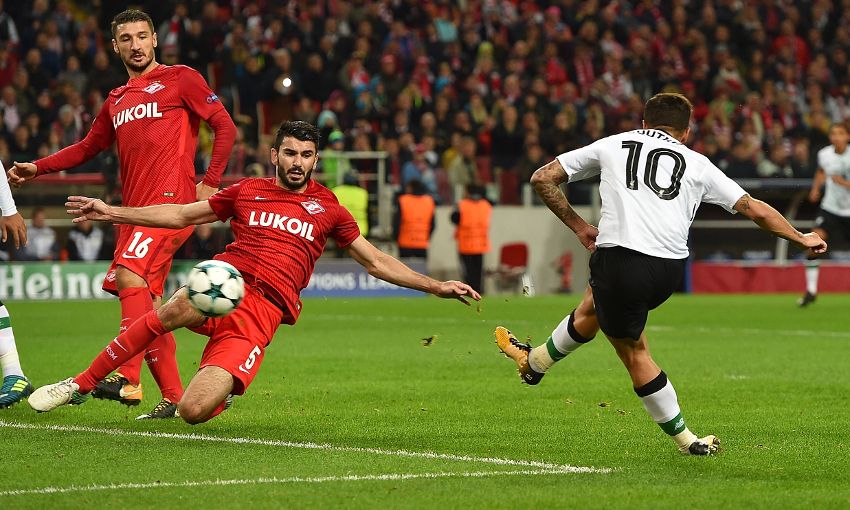 Liverpool were held to a 1-1 draw in their Champions League clash with Spartak Moscow despite creating a host of chances on Tuesday night.

The Reds fell behind to a Fernando free-kick in Russia but responded quickly as Philippe Coutinho completed a neat one-two with Sadio Mane and beat the goalkeeper.

Jürgen Klopp's side had a number of opportunities to claim victory from the Group E tie but were unable to produce another goal and had to settle for a point.

See the story of the game in photographs below.