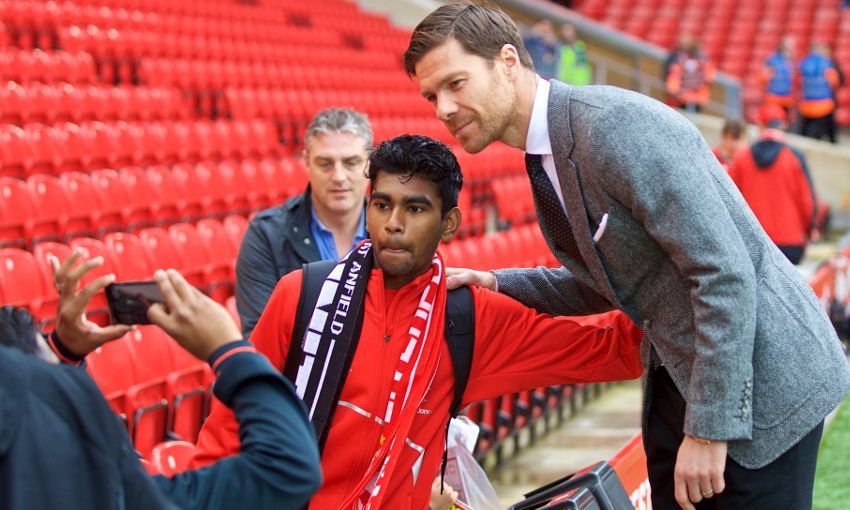 Emre: Liverpool a small step away from top form

Xabi Alonso was relishing a 'different' kind of excitement as he prepared to watch Liverpool take on Manchester United at Anfield yesterday.

The former Reds midfielder, who brought an end to his trophy laden playing career last summer, was back on Merseyside yesterday to see Jürgen Klopp's team take on their north-west rivals.

And, although Alonso would have preferred to be lining up in such heavyweight contests once again, he was still full of excitement ahead of taking in the game as a spectator.

He told Liverpoolfc.com: "It's a great chance to come.

"When I was playing I didn't have many weekends off, but now I'm enjoying my time off and [there is no game] bigger than this.

"It's different but it's excitement in a different way. You can see that everyone is a bit nervous and looking forward to a big game."

Watch our full pre-match interview with Xabi, including his result prediction, below.