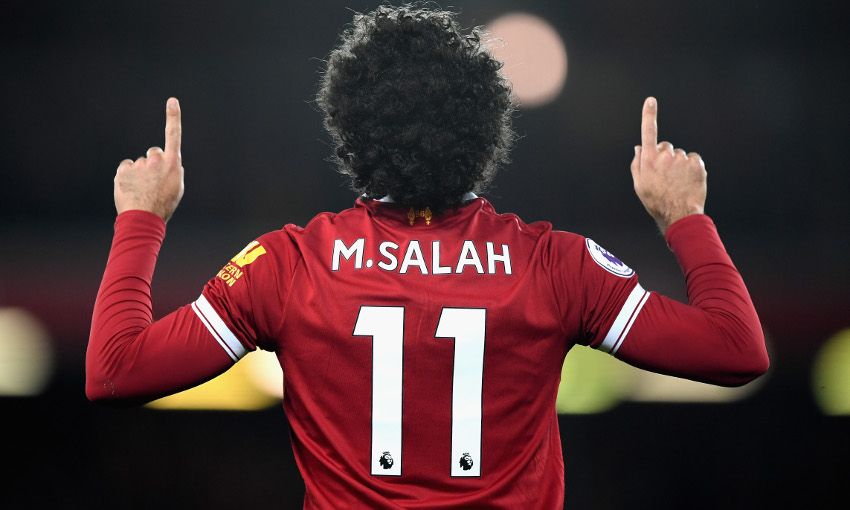 Joe Gomez described Mohamed Salah's goalscoring record since his move to Liverpool as 'ridiculous' after the Egyptian notched his 15th for the club in yesterday's 1-1 draw with Chelsea.

Salah broke the deadlock with 25 minutes left to play as he sent a right-footed effort beyond Thibaut Courtois, adding to his incredible tally in what was just his 20th outing for the Reds since a summer move from Roma.

Ten of those strikes have come in the Premier League, meaning the 25-year-old stands alone as the top scorer in the division so far this season.

Commenting on his teammate's efforts since arriving at Anfield, Gomez told Liverpoolfc.com: "It's ridiculous.

"He's come in and he's been a massive addition to us, unbelievable. The goals he has scored but also his general play, his link-up.

"Our whole attacking force is quality, everybody knows that, so hopefully he can keep doing it for us."

Salah's strike was ultimately cancelled out by a late goal from Chelsea substitute Willian, but Gomez remained keen to take the positives from an industrious performance.

"I think we battled well and were aggressive from the start," he added.

"We dominated generally, created some good chances and Mo got another goal for us, then we looked like we were going to hold on.

"But it was a decent bit of a skill [from Willian], I don't know whether he meant it or not but it's unlucky for us and disappointing not to get all three points.

"We knew they'd have the wing-backs wide and Hazard and Morata would come and pick up the ball and do what they do.

"We were wary of their threats and did our best to try and stop them. We had our fair bit of play as well - they had their chances but so did we.

"They're a top side, they're champions, so we've got to take the positives."

Jürgen Klopp's team have little time to reflect on their failure to claim all three points against the Premier League champions, with Wednesday's trip to Stoke City fast approaching.

The fixtures will continue to come thick and fast as the festive period approaches, and Gomez knows every player will need to be ready when called upon.

He continued: "It's disappointing but we've got to move on from it and do what we can in the next game.

"But I think we've got a strong squad and a lot of depth to deal with it."