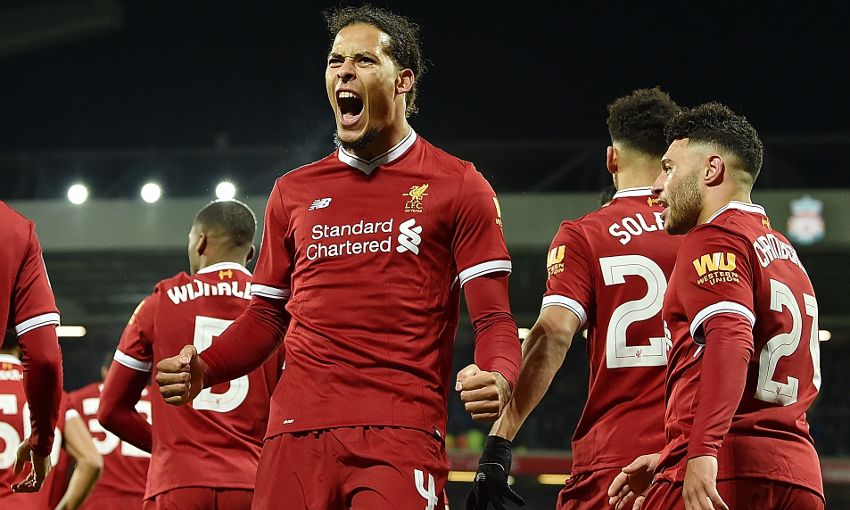 A late debut goal from Virgil van Dijk earned Liverpool a dramatic 2-1 victory over Everton in the FA Cup on Friday night.

The all-Merseyside third-round tie at Anfield looked to be heading for a replay after Gylfi Sigurdsson had levelled James Milner’s 35th-minute penalty midway through the second half.

However, Van Dijk met Alex Oxlade-Chamberlain’s inswinging corner with a firm downwards header five minutes from time in front of the Kop to secure the hosts’ place in round four and induce wild celebrations both on the pitch and in the stands. 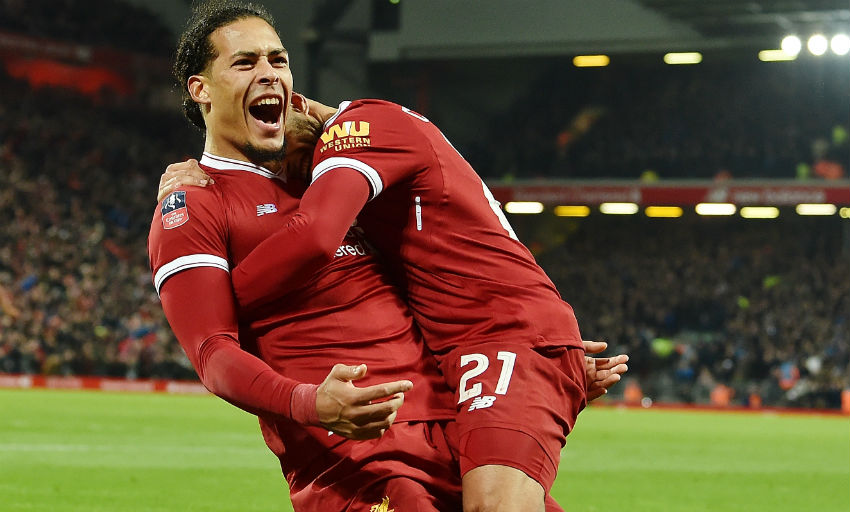 Van Dijk’s Liverpool bow came as one of six changes made by Jürgen Klopp, with Loris Karius, Joel Matip, Andy Robertson, Milner and Roberto Firmino also coming in to the Reds’ XI.

It was no surprise to see the game begin at a frenetic pace as Anfield crackled with noise from both sets of supporters, but there was nothing in the way of goalmouth action in the opening 10 minutes.

Emre Can and Sadio Mane both sent wayward efforts off target as the contest settled down slightly, before Milner volleyed Joe Gomez’s deep cross wide.

Mane then sent a long-range attempt over the bar, but the first goal was imminent.

Mason Holgate hauled down Adam Lallana in the area and Milner, cool as you like, stepped up and sent his penalty straight down the middle of Jordan Pickford’s goal to spark an eruption of celebration among the home fans. 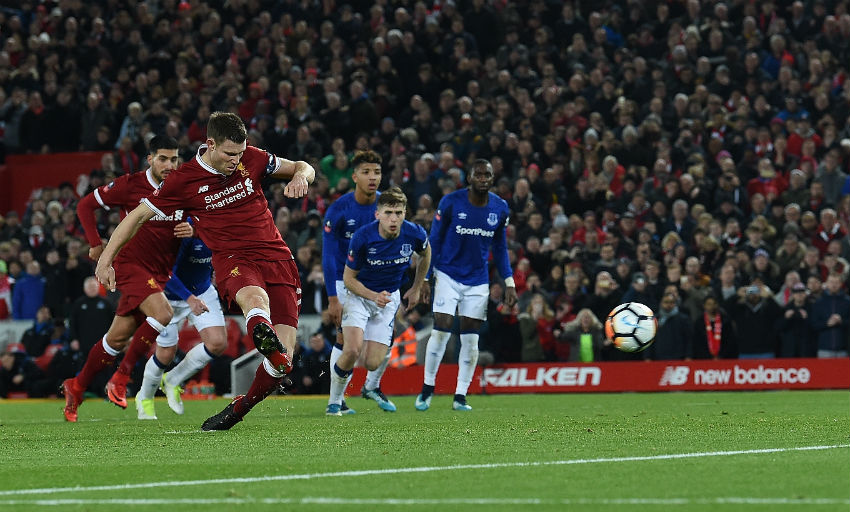 There was no drop in intensity from either side in the early stages of the second period and Lallana had the half’s first sight of goal 10 minutes after the restart.

The No.20 raced clear onto a cushioned through ball from Oxlade-Chamberlain, but could only scuff his shot wide with Phil Jagielka in pursuit.

A fierce drive from Robertson was palmed away by Pickford at his near post and Van Dijk nodded Oxlade-Chamberlain’s wicked delivery straight at the Everton goalkeeper as the Reds went in search of a crucial second.

But, in the 67th minute, a rapid counter-attack from the visitors ended with Jagielka teeing up Sigurdsson, who stroked a shot into the bottom corner from 18 yards.

A tense finale beckoned - as did a replay at Goodison Park as both teams struggled to carve out clear-cut opportunities for a winner.

But then came Van Dijk’s moment.

A classy, assured presence at the back throughout his debut, the No.4 made a telling contribution at the other end by planting Oxlade-Chamberlain’s corner low into the Kop net.