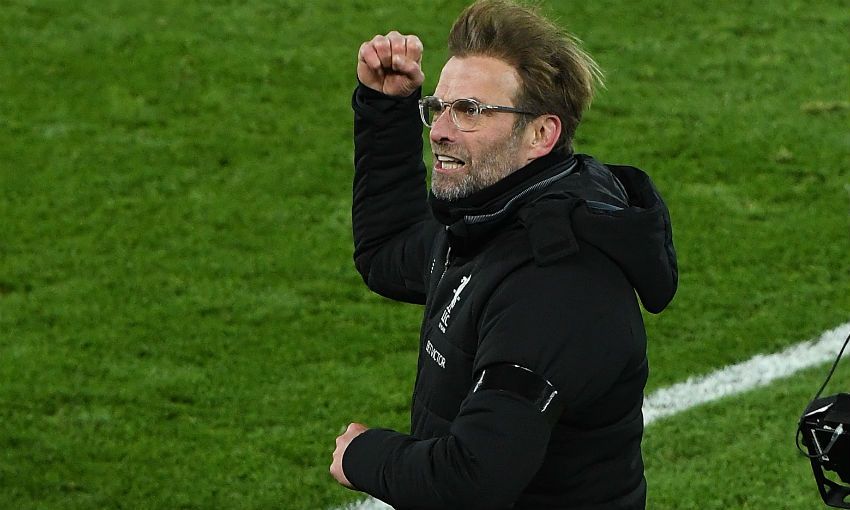 Jürgen Klopp has credited his players for sensing blood in the aftermath of Roberto Firmino’s goal during Sunday’s remarkable 4-3 win over Manchester City.

Firmino’s delicate, ice-cool chip over Ederson put Liverpool 2-1 up shortly before the hour and sparked delirious celebrations inside Anfield.

In the dizzying, breathless nine minutes that followed, Klopp’s team struck the post and scored twice more as Pep Guardiola’s previously unbeaten Premier League leaders wilted amid a perfect storm of relentless Reds pressure and a deafening din from the home supporters.

Following Firmino’s 17th goal of the season, Klopp could be seen urging his side to continue attacking from the technical area.

However, when asked about that instruction post-match, the manager preferred to praise his team for recognising themselves that the time was right to press home their advantage.

“Of course it’s like this but whatever I shout out, if the boys don’t feel it then I better shut up and we’ll try to come through somehow. But they knew ‘now we are there’,” Klopp told Liverpoolfc.com.

“The plan was there from the beginning and the boys did really, really well. At 1-0, you cannot control them all the time, that’s just not possible - the pitch is too big for that and they use the space.

“But we did good. In the decisive moments you need to be there and I’m even happy about the result because I think if you didn’t see the game and had no chance to watch it back then the result is exactly what you need to imagine what you missed, because we deserved to win but they deserved to score."

Elaborating on the nine-minute spell that ultimately earned all three points, Klopp continued: “In the second half, in this period when we scored, we played pressing from another planet.

“Really, I saw a few nice games in my life but this period was really one of the better ones. I’m really happy.”