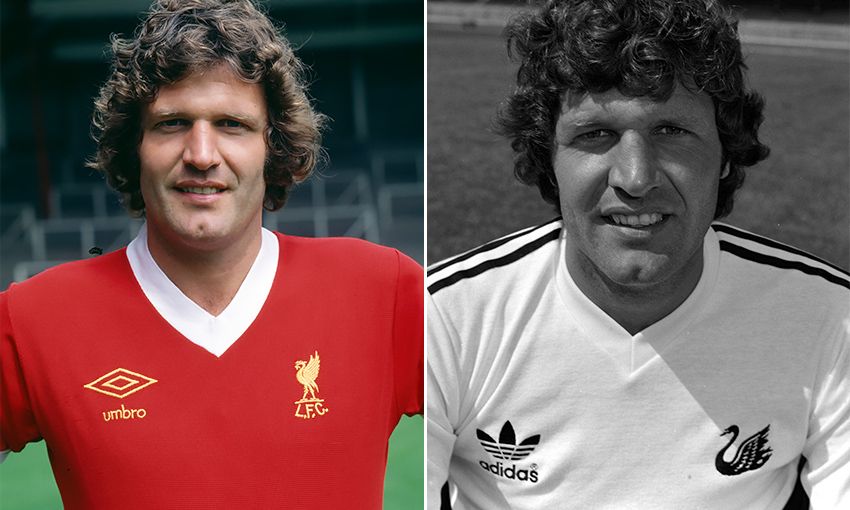 The path between Liverpool and Swansea City is, perhaps surprisingly, a well-trodden one with players and managers having served at both the Liberty Stadium and Anfield.

Some are legends and adored by both clubs, such as John Toshack, while the careers of others are not so easy to recall.

Ahead of Monday night's Premier League clash in South Wales, we've picked out 10 players to have featured for both the Swans and the Reds down the years... 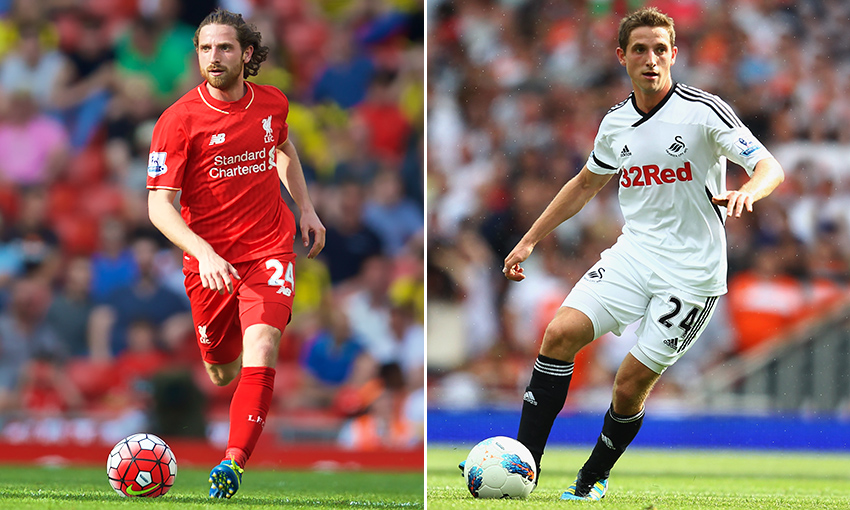 Midfielder Joe Allen followed manager Brendan Rodgers from Swansea to Liverpool in the summer of 2012 and was famously hailed by his boss as "the Welsh Xavi" upon arrival at Anfield.

He was unable to cement a regular spot during four years on Merseyside but some brilliant performances in his final season saw the now bearded, long-haired midfielder re-labelled the "Welsh Pirlo". 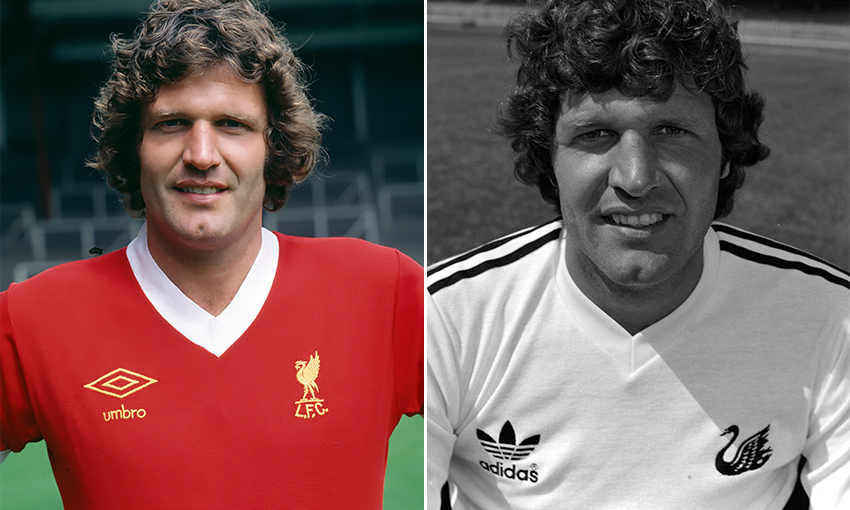 Welsh striker John Toshack joined the Reds from Cardiff in 1970 and struck up a fantastic partnership with Kevin Keegan that helped fire the Reds to three league titles, two UEFA Cups and more.

He thumped a headed equaliser into the Kop goal in the Merseyside derby in only his second match for Liverpool and his aerial prowess remained key during his time at Anfield.

The latter part of his Reds career was marred by injury and he left in 1978 to become player-manager of Swansea, whom he guided from the Fourth Division to the top flight. 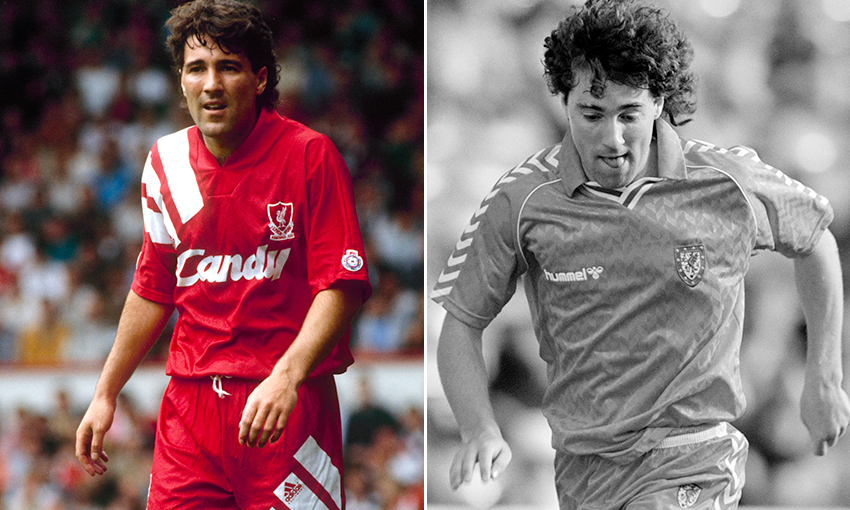 Swansea-born striker Dean Saunders came through the ranks at his boyhood club, where his father Roy had been a player and coach.

Liverpool signed him from Derby County for a club-record fee in 1991 and the Wales international was expected to take Anfield by storm. 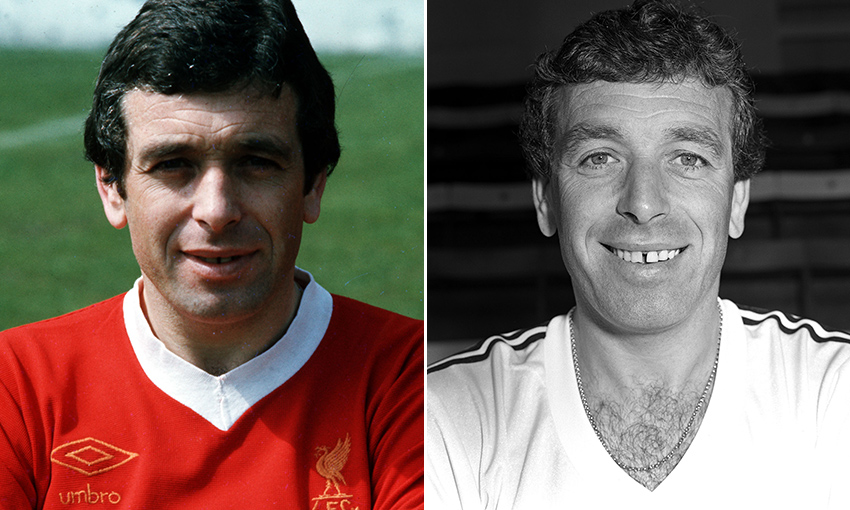 No-one has played more games for Liverpool than Ian Callaghan. The Toxteth-born midfielder was the only player to survive Liverpool's fairy-tale journey from life as a mediocre Second Division outfit to the lofty summit of European football; becoming one of the Reds' most decorated players along the way.

He eventually left Anfield for Swansea in 1978, managed by former Liverpool teammate John Toshack, and helped win successive promotions up to the Second Division before heading to Australia to join Canberra City on loan. 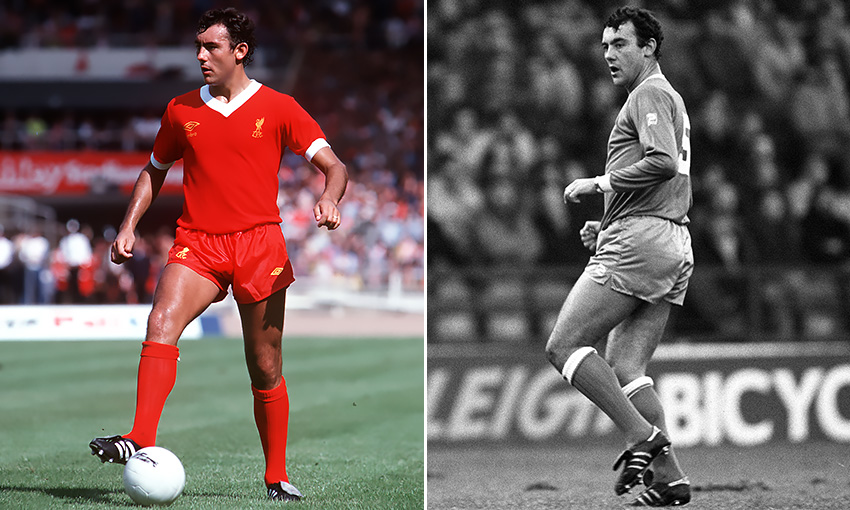 Already a league and FA Cup winner with Arsenal, Ray Kennedy was signed on July 12, 1974 by Liverpool boss Bill Shankly, who then shocked the football world by announcing he was stepping down as manager on the very same day.

Converted by Bob Paisley from a striker into a left-sided midfielder, he went on to become a Liverpool legend: winning five league titles, three European Cups, the UEFA Cup and League Cup in 393 games for the Reds.

In 1982, former teammate Toshack signed the ex-England international for Swansea City as they attempted to make an unlikely push for the Division One title. The Swans would eventually finish sixth, 17 points behind champions Liverpool. 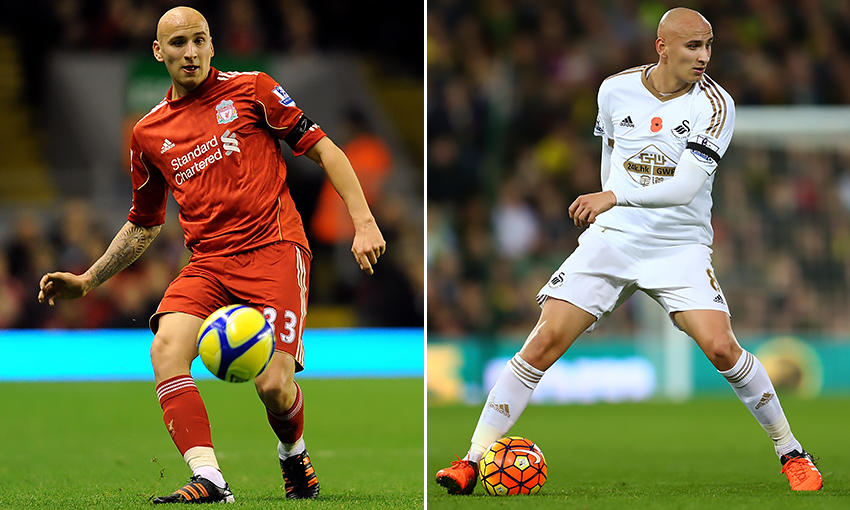 Jonjo Shelvey arrived at Anfield in 2010 from Charlton Athletic amid exciting comparisons to a young Steven Gerrard. But despite representing England at all levels and sporadic eye-catching performances he never really established himself at the Reds.

He sealed a switch to Swansea in July 2013 and scored his first goal for his new club in a 2–2 draw with Liverpool. 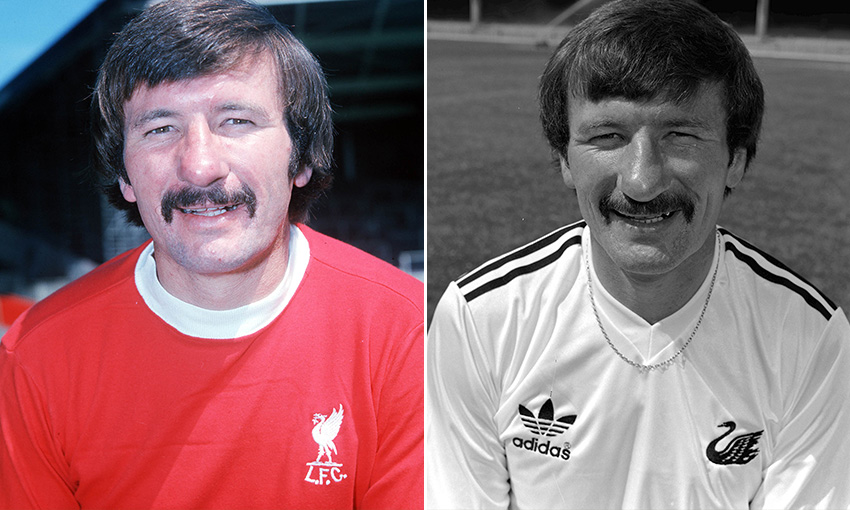 Liverpool-born Tommy Smith was dubbed the 'the Anfield Iron' due to his uncompromising style of play, but the defender/midfielder was much more than just a hard man.

His bullet header against Borussia Mönchengladbach in the 1977 final helped the Reds win the European Cup for the first time. And he'd already won three league titles, two FA Cups and two UEFA Cups by that point.

He joined Toshack's Swansea in 1978, following a stint in the USA with the Tampa Bay Rowdies and Los Angeles Aztecs, and helped them win promotion from the old Third Division before retiring in 1979. 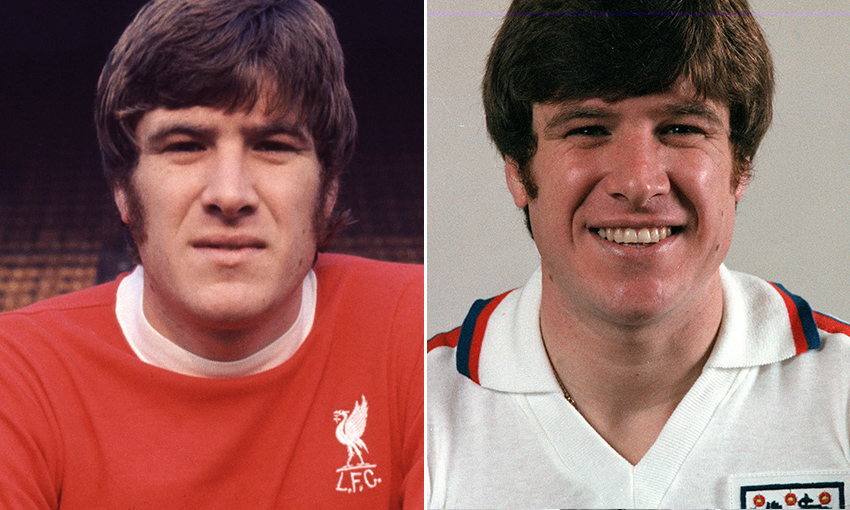 Emlyn Hughes, one of LFC's greatest ever captains, moved to Anfield from Blackpool in 1967 and became a mainstay of the glorious sides of the 1970s.

'Crazy Horse' could count four league titles and two European Cups among an impressive trophy haul with the Reds.

The England defender/midfielder (pictured on the right in his England strip) brought his playing career to a close with Swansea City in 1984. 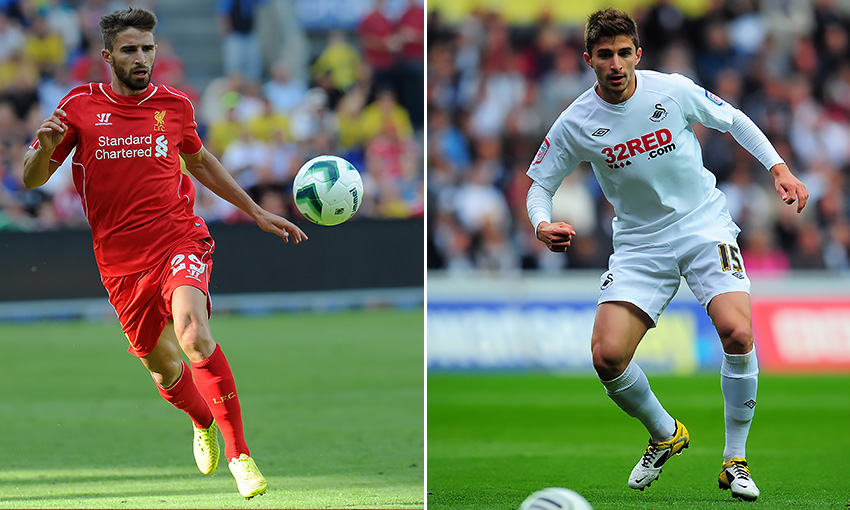 Striker Fabio Borini was snapped up as Brendan Rodgers' first signing as Liverpool boss in July 2012 after spending time under the manager during a loan spell at Swansea in 2011.

He began his stint at the Liberty Stadium with a brace against Nottingham Forest and ended it by winning a penalty to help give the Swans a 4-2 win in the Championship play-off final to secure promotion back to the Premier League.

However, the Italian international, who earned a place in the Azzurri squad at Euro 2012, failed to establish himself during three years at Anfield. 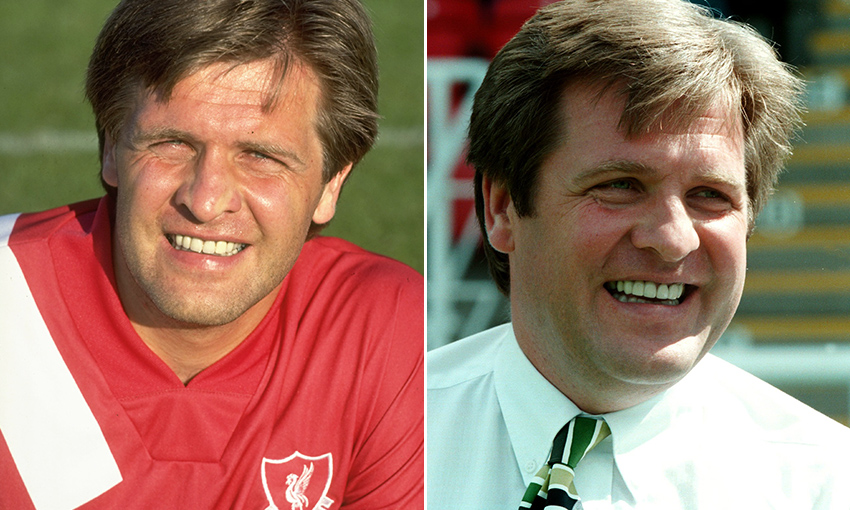 Jan Molby is widely regarded as the finest passer of a football to ever pull on the red shirt and in 12 years with Liverpool the Danish midfielder won two league titles and two FA Cups - including the famous Double in 1986.

He left Anfield in 1996 to take over as player-manager of Swansea. At 32, he was the youngest boss in the Football League.

'Jordan Henderson will go down as a Liverpool great'

Salah's return and five other Reds to play for Roma