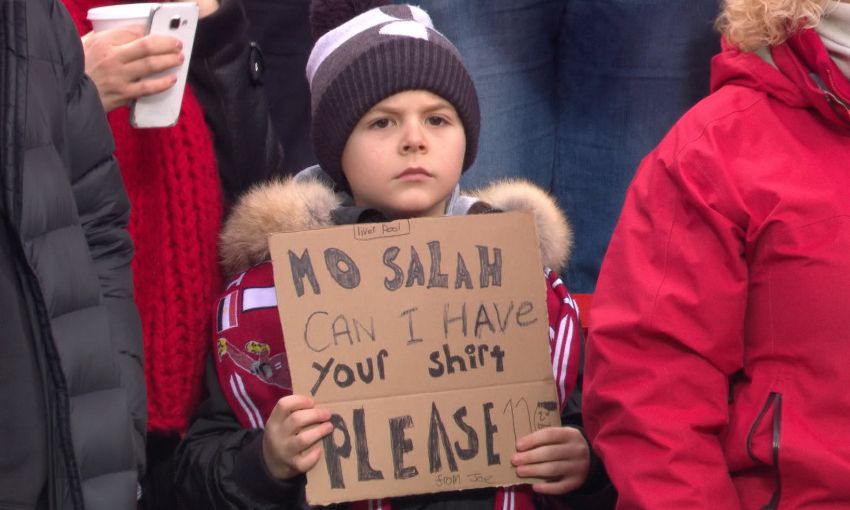 Within minutes of scoring one of the great individual goals at Anfield on Sunday afternoon, Mohamed Salah made an eight-year-old fan's dream come true.

Joseph Clarendon was sat with his mum, Angela, in the Kenny Dalglish Stand for Liverpool’s Premier League clash with Tottenham Hotspur – his first ever game at the stadium.

When he found out he would be attending the match earlier in the day, the young supporter instantly made a decision that led to an unforgettable moment with his hero.

Joe created a homemade sign reading: “Mo Salah, can I have your shirt please?”

But he could not have imagined the hopeful request would be fulfilled.

His grandfather, Jimmy McKenna, takes up the story.

“It was my 60th birthday on Sunday and I should have gone to the match as a birthday present. But we had a party on Saturday night and I was a bit worse for wear!” he told Liverpoolfc.com.

“I was supposed to go with Joe’s brother but he was up with us and didn’t want to go, so my daughter took Joe.

“It is the first game he has ever been to and he did the sign himself when he found out he was going. He held the sign up for the whole 90 minutes.

“He told his mum halfway through the game that his arms were hurting him, but he just held it up higher! He loved the game and he was made up when Mo Salah scored because he’s his favourite player.” 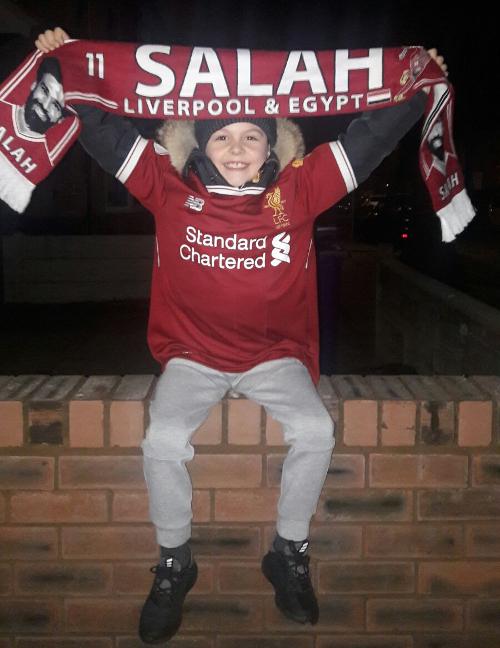 Harry Kane’s penalty with virtually the last kick of the game snatched a 2-2 draw for Spurs and left Joe with a ‘broken heart’.

His despair turned to delight in a matter of seconds, though. With the help of the supporters sat nearby him grabbing Salah’s attention, the Egyptian made a course towards the crowd before he headed back to the dressing room.

Joe’s spot in the stand was his destination, that much-desired shirt his special gift to the young Red.

“My daughter wasn’t expecting anything to come of it, she just let him make the sign,” said Jimmy.

“As Mo Salah was running over and taking his shirt off, all the fans around him were shouting, ‘you’re going to get the shirt!’ It was a good experience for him.

“We saw him afterwards and he had the shirt on over his coat. He was made up!”