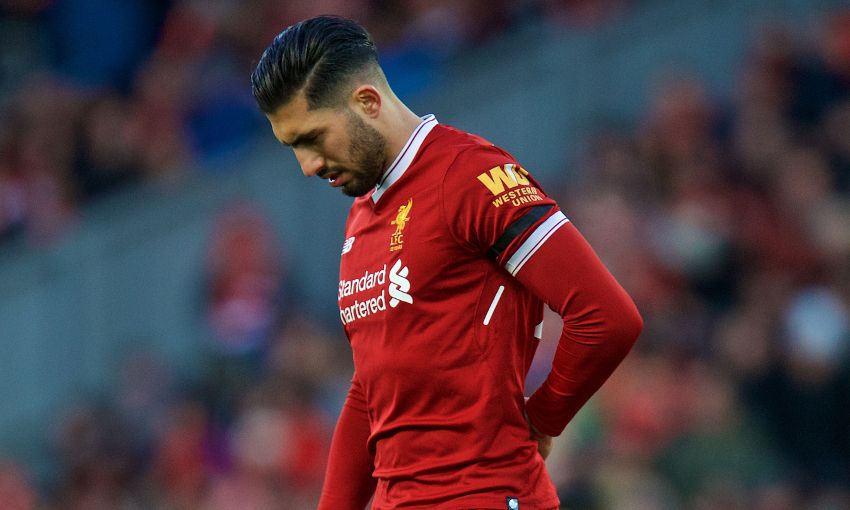 Jürgen Klopp confirmed Emre Can was taken off against Watford due to a muscle injury in his back.

The Liverpool No.23 had to be withdrawn midway through the first half of the Premier League clash on Saturday evening, which the Reds won 5-0 to rise to third in the table.

“He had that problem a little bit during the week; we gave him one day of extra recovery. But he thought it would work and he trained normally yesterday.

“It was one header and maybe because of the temperature in the muscle – it is a muscle thing. But it should not be that serious and he will go to the national team I think, and have their treatment. Their game is not tomorrow. Then we’ll know more, but it should not be an issue.”

Adam Lallana was not part of the matchday squad as he continues to build up fitness, but the midfielder is now ready to join up with England.

“If today is the last game of the season, Adam could have played,” explained Klopp.

“I spoke to Gareth Southgate and Adam spoke to him. It will be clear: Adam should be 100 per cent fit for the national team.”