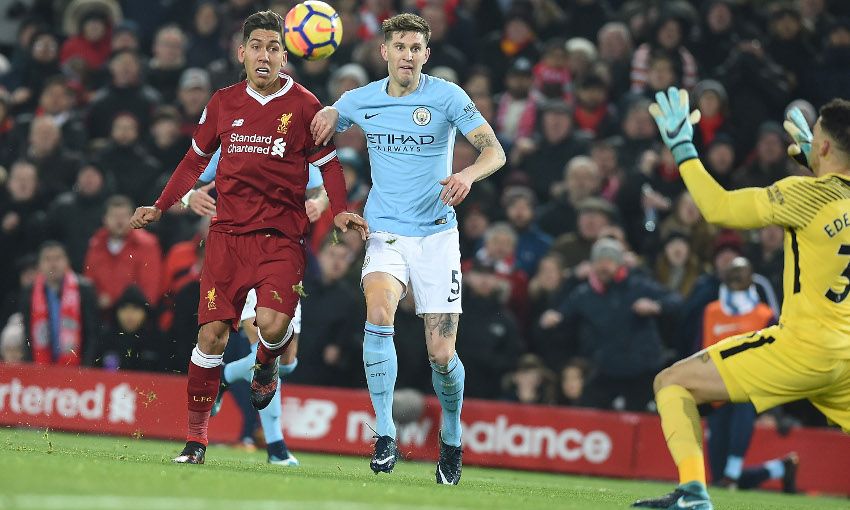 Jürgen Klopp has every faith that his Liverpool team will make life 'unpleasant' for Manchester City when the teams contest the first leg of their Champions League quarter-final tie this week.

Pep Guardiola's men have been the dominant force in the English top flight this season, winning 27 of their 31 games thus far to give themselves a chance to clinch the title in early April.

That remarkable domestic record sees City go into the two-legged meeting with the Reds as a formidable obstacle to progress to the last four of Europe's premier cup competition.

However, Liverpool remain the only team to inflict a Premier League defeat upon the leaders this term - something which Klopp believes bodes well for a European rematch.

"We have a lot of things Man City don't like. That's the reality," he told UEFA.

"The way we attack the opponent, the way we defend high is unpleasant. If we do that well they will have some difficulty coping with it.

"I think there will be plenty of coaches, young coaches all over the world, watching these games in order to find a solution for how to play well defensively, and by doing that also giving yourself the chance to become dangerous on the attack against the best teams like Barcelona, and also Man City at the moment. It will be very exciting.

"The thing is that this is actually predictable, but unfortunately, at the very highest level, it will happen with great pace and [with] the best technical skills executed by the players' legs in this case.

"The pace and wit of the game, it will be very thrilling, no doubt about that, but we still have a few days left to prepare."

Klopp acknowledges that his players will need to be 'courageous' in the face of inevitable reminders of their opponent's immense quality to stand any chance of winning.

Key to that, according to the German, will be moving on quickly from mistakes made during the game and making the most of possession in positions where City's backline can be put under pressure.

He added: "For those who have seen our two clashes in the Premier League this year, and in the last few years as well since Pep arrived - and, to be honest, before his era - they know that it's always an exciting match. And that's the way football should be.

"The main focus probably won't be on the result, instead it'll be about doing more things right than the opponent, because you can't simply defend against Man City and hope that they won't score on the day. They're just too good.

"You have to be courageous, take the initiative, do your thing and, whenever they have the ball, be very compact and very quick. So from a football perspective, this is definitely a very interesting clash.

"In football, how do you lose courage during a game, since normally you're going to be full of that courage before the game? You lose it in a game when the opponent does something you didn't expect, like having a chance which surprises you [or] making two, three crosses in unusual situations.

"When you feel the opponent's power like that, you tend to lose your courage a bit. But when you have the ball yourself you have to exploit the space the opponent gives you. That's what I mean by courage. Having the courage to make mistakes, to be able to accept or ignore them and in the next moment, to take the initiative. That's actually the plan for every football match.

"But the better your opponent, and Man City surely are of the very highest quality, the more difficult it gets. Nonetheless, you have to grasp it."

Klopp also can't wait to experience the unique atmosphere generated by Anfield on a European night when City come to town on Wednesday.

But the Reds boss insisted that the passionate support in the stands must be allied to 100 per cent effort on the pitch to make any difference to the end result.

He continued: "It's incredibly important. And I'm also happy to be there. We've already enjoyed some of those magical European nights and [they are] simply terrific, I must say. And this time it'll be fantastic again. However, just that alone won't help in the end.

"If we don't achieve that, then we don't stand a chance. In that case, Manchester City will deservedly reach the semi-finals. At the moment, we're focused on how we can give it 100 per cent. Then, the atmosphere can make the difference.

"For the time being, it only makes sense to imagine that we'll give it our all on the pitch, as will Manchester City. It will definitely be a quarter-final worth watching."