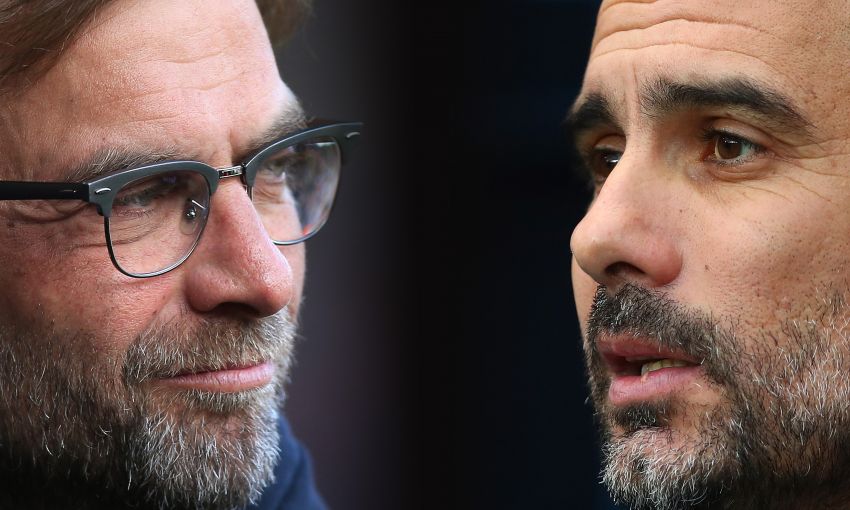 Jürgen Klopp has provided a fascinating insight into the differences between his approach and that of Pep Guardiola, and revealed the tactical qualities he believes combine to make the Manchester City boss' teams 'extraordinary'.

Having first encountered each other in the Bundesliga with Borussia Dortmund and Bayern Munich respectively, the two esteemed coaches now lock horns in the Premier League with Liverpool and City.

But it is in the Champions League where the pair will contest their 13th and 14th managerial meetings, after the competition's quarter-final draw threw up a mouthwatering clash between two English heavyweights.

Speaking to UEFA ahead of the tie kicking off at Anfield on Wednesday, Klopp underlined his respect for Guardiola as he waxed lyrical about one particular strength of the Spaniard's teams.

He said: "His teams are always excellently positioned. He always has great teams which make excellent decisions. At Barcelona it was Xavi, Iniesta, Busquets, Lionel Messi and so on, just to mention the creative players from his time there.

"At Bayern Munich he had fantastic players who made a lot of great decisions. Now, with Gundogan, Silva, Aguero, Sane on the left wing, Sterling on the wing, Gabriel Jesus, they're extraordinary.

"Positioning is important, but this is not witchcraft, it is not unusual just because the wing-backs come inside, but when the players are in position they move every millisecond in order to be available, and when they are, that's when the individual quality of the player becomes important, and they control the ball correctly.

"So they're already well positioned on the pitch, they know what's going on around them, they are very well orientated and they can pass the ball into the next area. That's what makes them extraordinary. And whenever they can't pass they use their pace in order to progress further up.

"And then the space on the wing is free. When you have one good player in the middle, or three or four good players, you need to know how to defend well. Then, boom, you move the ball to the wings and an incredibly fast player runs towards the goalline and crosses the ball into the penalty area. That's a real challenge, for sure.

"It's actually a mix of Pep's skills regarding these aspects and, of course, the extraordinary skills of his players."

LFCTV GO: Highlights of the Reds' recent win over City

Liverpool's 4-3 win over City in January saw Klopp take his personal record against Guardiola teams to six wins, five defeats and one draw from 12 fixtures.

The Reds boss has clocked up more victories over his Spanish counterpart than any other manager, and believes his chances of adding further successes are aided by the fact that the squads at the pair's disposal are closer in terms of quality than ever before.

But he does not think their styles of play differ greatly, possession statistics aside. He added: "There's no big difference, actually. It's just that Pep's teams… Pep has always had better teams than me!

"You can see that now with Manchester City - they have a lot more points than we do. However, that difference has never been as small as it is now. When we coached at Bayern and Dortmund respectively, that difference was really big.

"And when he was coaching Barcelona, I was at Mainz, so that was a completely different situation. They've got a lot more ball possession than I ever had in my coaching career!

"They were always world-class teams and we always had to improve a little bit. That's about the only major difference. When you have more ball possession, you don't need to worry too much about what you need to do when your opponents have the ball.

"That's basically everything. But, apart from that, the difference is not so incredibly large. However, there are always some [differences] at the end of the day."