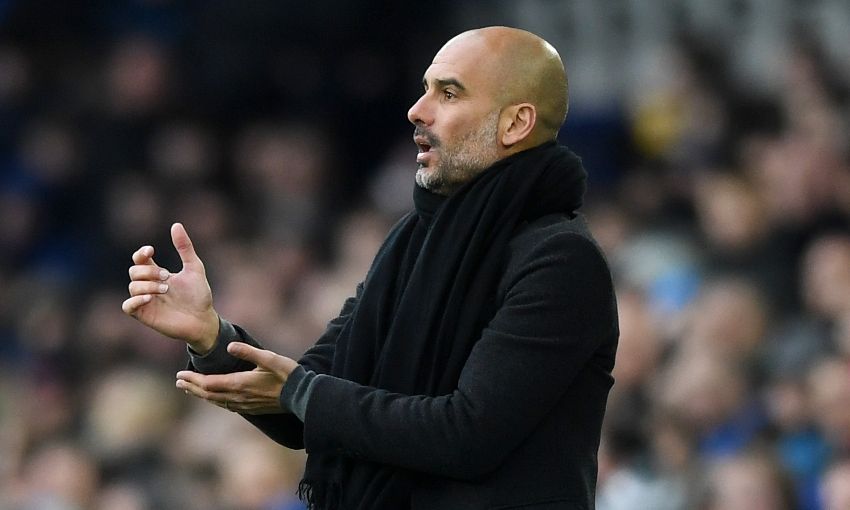 Manchester City extended their winning run in the Premier League to five games ahead of the Champions League quarter-final first leg at Anfield on Wednesday night.

Pep Guardiola’s side, who hold a 16-point lead at the summit, eased to a 3-1 victory over Everton at Goodison Park on Saturday with Leroy Sane, Gabriel Jesus and Raheem Sterling the scorers.

Liverpool remain the only side to have beaten City in the league this season, doing so in a seven-goal thriller on home soil back in January.

The two clubs meet in European competition for the first time in the last eight of the Champions League, with the opening match at Anfield followed by a return in Manchester six days later.

Guardiola’s charges face Manchester United in between – and would secure the title with victory – but the Spaniard revealed the games against the Reds will take priority with regards to team selection.

“Now our focus is the Champions League so we are going to adapt the game against United for the Liverpool games before and after,” he said.

“With the distance we have [at the top of the league], we have to be focused on the Champions League and in the middle we have United – who of course we are going to try and beat and try and play – but the line-up will be thinking about Liverpool.”