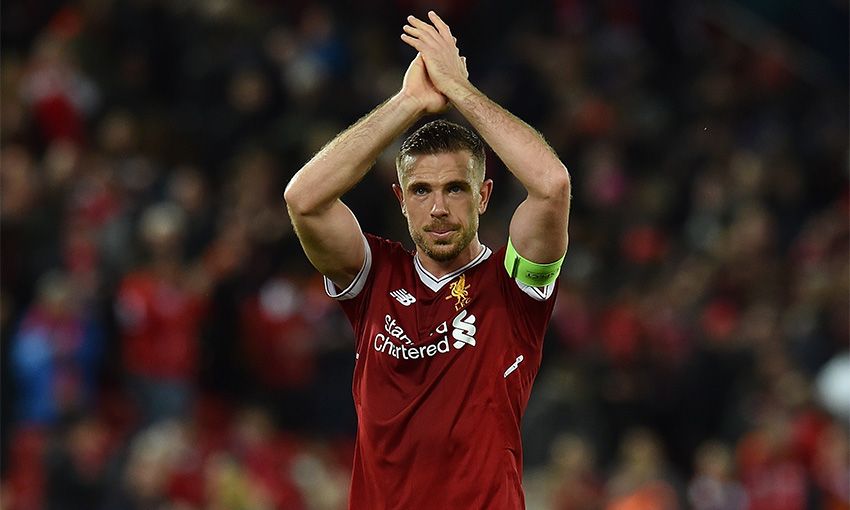 The first leg of Liverpool's Champions League semi-final with AS Roma may be edging ever nearer, but Jordan Henderson is adamant there'll be no thought of it when they take to the field against West Bromwich Albion on Saturday.

The Reds will contend the first meeting of the last-four tie against the Italian side at Anfield on Tuesday night as they bid to reach a first European Cup final since 2007.

However, with a place in the Premier League top four – and with it, a ticket back into next season’s Champions League – still to be secured, Henderson insists Jürgen Klopp’s team will be fully focused on trying to pick up three points at The Hawthorns.

“It’s very important [to stay focused]. Just keep doing what we’ve been doing, keep working hard on the training field and keep putting that into games. Putting in good performances and getting good results is the most important thing.

“No matter whether it’s Premier League or Champions League, we always want to win. It’s a big couple of weeks for us.”

West Brom are bottom of the Premier League table, but they’ll come into the weekend game on the back of a 1-0 victory over Manchester United at Old Trafford – a result that confirmed Manchester City’s status as league champions.

The Baggies have also frustrated the Reds in two previous Anfield meetings this season, grinding out a 0-0 draw in the league encounter before recording a 3-2 win in an FA Cup fourth-round tie.

Henderson, therefore, knows anything other than maximum effort will be punished in the encounter in the Midlands.

He said: “It’ll be tough, they’re fighting to stay in the league. They’ll give everything and the crowd will be behind them.

“They’ve just had a positive result against United, which maybe no-one really expected, so they’ll be raring to go and a little bit more confident.

“It’s up to us to go and do what we’ve been doing for a long period of time now – putting on performances. If we can do that then I am confident we can get a good result.”