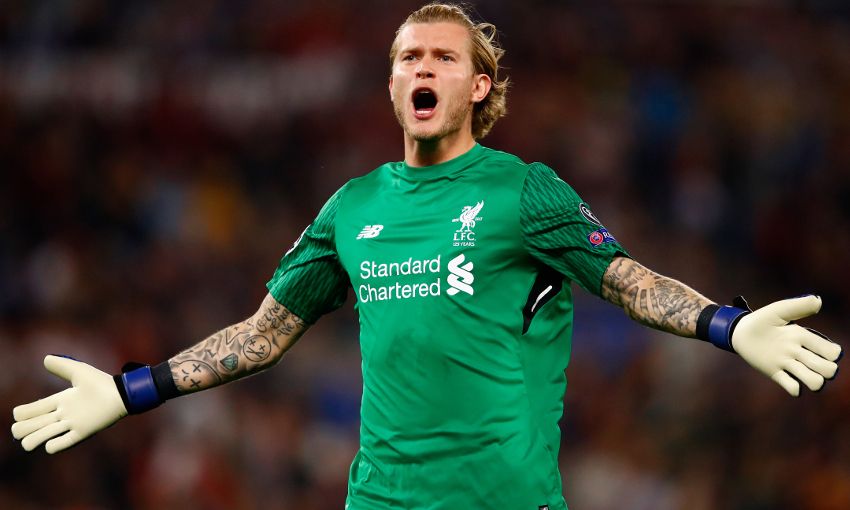 While most Liverpool players were savouring the moment in the aftermath of securing qualification for the Champions League final on Wednesday night, two senior members of the squad in Rome were unable to take part in the celebrations and followed them via social media instead.

Loris Karius and James Milner were randomly selected by UEFA to undergo testing as part of the organisation’s anti-doping control procedures.

It meant the duo were forced to follow the scenes - their euphoric teammates dancing in the dressing room and twice saluting the supporters in the away end - on their phones.

Nevertheless, there wasn’t even a tinge of envy, with Karius detailing to Liverpoolfc.com how setting up a final meeting with Real Madrid was all that mattered to him and Milner.

“We had to go to doping control afterwards, so I had to stay there until one o’clock,” he said.

“It was no problem – if someone would have told me we’d reach the final but I’d have to do doping after the game, I would have said no problem! I’ll take that all day. Those two hours or whatever, it’s no problem.

“We were relaxing a bit and taking it all in, looking back at the game on a few highlights on a TV screen. Then, in the hotel afterwards, everyone was downstairs in the lobby with family and friends.

“All the people from the club celebrated a little bit and enjoyed the moment, it was great but it goes quickly and the next day we had to focus straight away on the next game.

“It was a great achievement and now the big game is three weeks away and there is still work to do in the meantime. Everyone knew on Thursday it goes on.

“It probably won’t sink in properly until a few days before and we go to Kiev, then it’ll hit home we’re playing in the final. It’s still three weeks away now.”

In sealing a berth in the May 26 showpiece, Liverpool reached their eighth European Cup final – and their first since 2007.

For all the members of the current Reds squad, it’ll be a new experience, but one they’ll all have individually tried to visualise at one point or another, according to Karius.

“It was great, it’s what we all dreamt of,” he continued. “We knew it was going to be difficult to take the last step in Rome, but we managed it and it doesn’t really matter how we did it as long as we went through.

“There were a lot of happy faces Wednesday night and a great achievement for the whole team and the club.

“When you look back at the last final Liverpool were in, you see it’s not that usual to be in the final. It’s something really special and something to look back at for many years afterwards, hopefully with the trophy.”

Virgil van Dijk revealed in the aftermath of Wednesday’s aggregate victory over AS Roma he’d attended last year’s final between Real and Juventus in Cardiff.

“Normally I’m on holiday,” Karius replied, when asked where he usually takes in the fixture. “Last year I was in America.

Regardless of the outcome of the final, Karius will collect an individual accolade at the conclusion of the Champions League tournament.

His record of six clean sheets is the most in the competition this season and cannot be bettered by the opposition’s Keylor Navas.

“It’s a great achievement for me and the whole team,” stated the German ‘keeper. “For us to score that many goals in the competition and defend that well is amazing.

“We’ve scored so many and still kept six clean sheets, that’s really, really positive and I hope we can make it seven – that hopefully would mean we win the trophy! It’s credit to all of the team because the goalkeeper can’t reach that number by himself. A lot of credit must go to my teammates, but it’s a nice stat for a goalkeeper.”

Meanwhile, Karius has played down any suggestions he sustained an injury during the encounter with Roma.

Simon Mignolet was sent to warm up in the latter stages of the first half, but it was merely precautionary.

Karius explained: “I hurt my shoulder a bit when I came for a cross, but it was more a hit so nothing was really wrong. It was just the impact that hurt me. It was nothing where I would have felt the need to be taken off. I knew there was nothing wrong with the shoulder, it was just a knock I had. It will be fine for Sunday.”

For more Champions League coverage, join LFCTV GO now and get your first month for free>>>