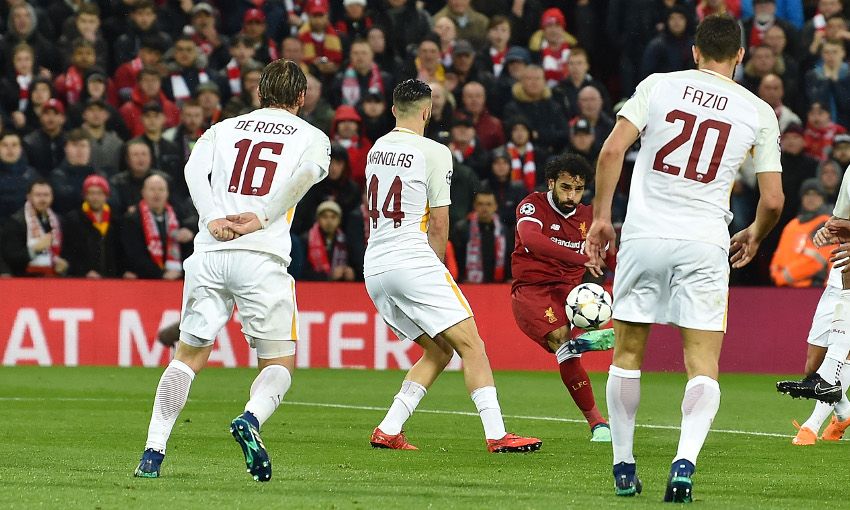 Mohamed Salah's in-off-the-bar opener against AS Roma has been named Liverpool's Goal of the Month for April.

The Egyptian set the Reds on their way to a 5-2 first-leg win in their Champions League semi-final meeting with Eusebio Di Francesco's team as he curled an effort into the top corner at the Anfield Road end.

And fans voting on Liverpoolfc.com have selected the strike as their favourite from last month, with three other Salah goals also featuring in the top five.

Alex Oxlade-Chamberlain's piledriver in the 3-0 win home win over Manchester City is the odd one out, with that brilliant attempt coming in second place.

Salah's ice-cold chipped finishes against City and Roma and a fine header versus Bournemouth round off the list, which you can watch below.