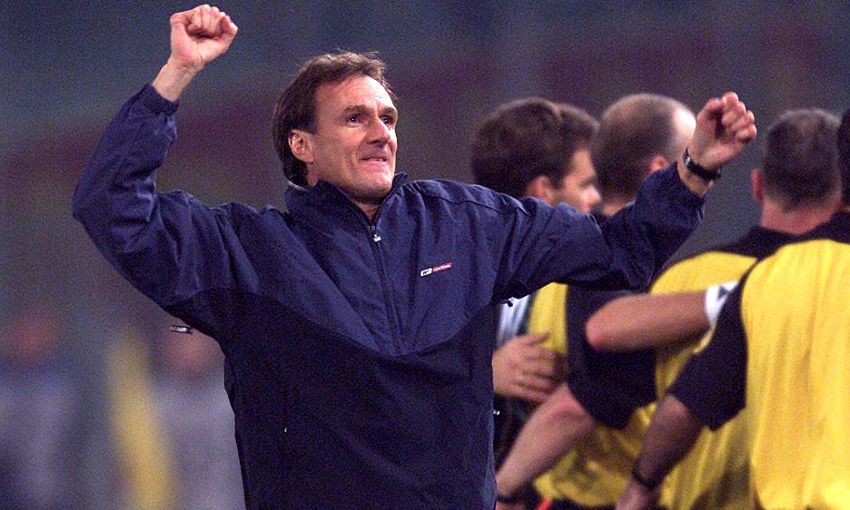 Liverpool's trip to the Olimpiyskiy Stadium for the Champions League final brings back memories that will never leave Phil Thompson.

In October 2001, the 1981 European Cup-winning captain led the Reds to become the first English team to win in Kiev.

Their 2-1 victory over Dynamo Kyiv that night was all the more commendable considering the circumstances that preceded the fixture.

The day before the team were due to fly out from Merseyside, Liverpool played out a 1-1 draw with Leeds United at Anfield, but the game paled into insignificance once news filtered through that manager Gerard Houllier had collapsed during the half-time break.

Houllier was to undergo major heart surgery and have an operation that would save his life, and while all this was happening, Thompson was entrusted to take the reins as caretaker-manager.

“It was very, very difficult,” he told Liverpoolfc.com.

“After we came off the pitch after drawing 1-1 with Leeds United, I had been charging about going to different hospitals, because Gerard was initially taken to the Royal and then Broadgreen.

“We were there until late in the evening and I’d seen Gerard taken into the theatre so my emotions were all over the place through the night. The very next morning we were flying to Kiev with me in charge of the team.

“Because of the four-hour flight to Kiev and the time difference, we had decided to go for an extra night to prepare for the game on the Tuesday. We had noticed that previous teams had gone there ill-prepared and only gone over as normal and arrived the day before.

“We had to stick with our plans and I had to take the team, not realising if I was caretaker-manager or not. That was the least of my worries and the main one was Gerard’s health.

“We set off from Liverpool airport ahead of a big Champions League game against Kyiv but there was only one thing on our thoughts and that was our manager.

“With the help of Doctor Waller we had our own meetings and we needed to keep the players informed about Gerard’s health. That was one of the first things we did on arrival in Kiev but we still didn’t know what was happening back at home.

“The Doc told the players that Gerard had gone under the knife and was having a big operation and it was an extremely long one, 11 hours or maybe more, so it was quite extreme.

“As you can imagine, our emotions were high and there were many phone calls going back home to England, and of course the media was all over it wanting to know information.” 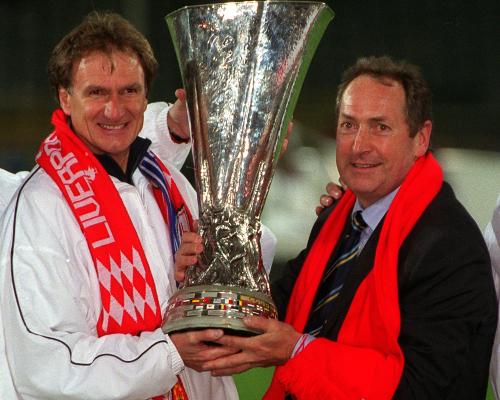 Come the morning of the match, Thompson had to gather his thoughts and deliver his first solo team-talk as acting Liverpool manager.

“Dynamo Kyiv were a very good team and this was a huge game,” he recalled.

“Realising I’m in charge, I had to get the players focused on the match because I knew that is what Gerard would have wanted me to do.

“My biggest fear, and it really was fear at that moment, was giving the team-talk. I had to get the balance right between a team-talk and Gerard’s health.

“Houllier used to give fantastic team-talks. He would have two flip charts and towards the end of it he would build up this emotion into his team-talk. He wasn’t a screamer or a shouter but he would have the players primed.

“Gerard and myself had actually spoken in the week earlier about what team we would be playing in Kiev, so that team that won wasn’t my team. It was Gerard’s with the backing of us. He would always ask all of us what the team should be, not just me, but Sammy Lee and all of the staff.

“I prepared the team-talk around what he would do and knowing the background that we had done looking at videos of Kyiv, so I utilised that.

“I actually used to do all of the videos. Gerard would give his team-talk and I would then give the structure around the set-plays, set-pieces for and against. But this time I had to do both.

“After I had given my team-talk I flipped over one of the charts on the board we had and in big words I had written ‘Do it for the boss!’ I wanted to leave that memory for them going into this game. I didn’t just do it on that day but I did it in every game after that on a different context thinking about the boss.

“It was quite an emotional time for everybody and to win the game was very special.”

On the field, the players produced, too.

Danny Murphy netted the opening goal and after the hosts levelled the score, Steven Gerrard claimed a 66th-minute winner.

“Stevie G and Danny were two of the big players who really responded for us that night,” said Thompson.

“Emile Heskey was just incredible that night. He led the line brilliantly, he was battling and fighting with their centre-backs who were two international players.

“Emile had absolutely battered them into submission and they couldn’t deal with him.

“As you can imagine, the dressing room was a happy place to be after our victory.”

After landing back in Liverpool, Thompson and Waller’s first priority was to drive straight to Broadgreen Hospital to visit Houllier.

He continued: “As soon as I arrived back from Kiev we went straight to the hospital and I couldn’t believe what I saw. In this darkened room was Gerard and I’ve never seen so many wires and medical machines in my life.

“I had a lump in my throat and when they were telling me what Gerard had gone through it was unbelievable.

“We had this bond, Gerard and me. Although we hadn’t been working together for that long, we had total trust and faith and emotion in each other.”

As the class of 2018 seek to bring home a sixth European Cup under the guidance of Jürgen Klopp, Thompson is confident this Liverpool side can write their own history.

He added: “As I used to say to the players when I was there at Liverpool, they have it being rammed down their throats all of the time the history, the legends, the ex-players, so my message now would be to go and make yourselves heroes, and Jürgen has already pressed on this.

“The weight of expectation because of our history will be around for years, but it’s not about that, it’s about you and it’s about the now.

“It’s about believing that immortality awaits for these players because we saw what happened in Istanbul in 2005 and we are still living off that.

“For these boys now, immortality, belief and you can do it. Some of the football we have seen has been sensational and they have this fantastic opportunity to make themselves legends forever.”