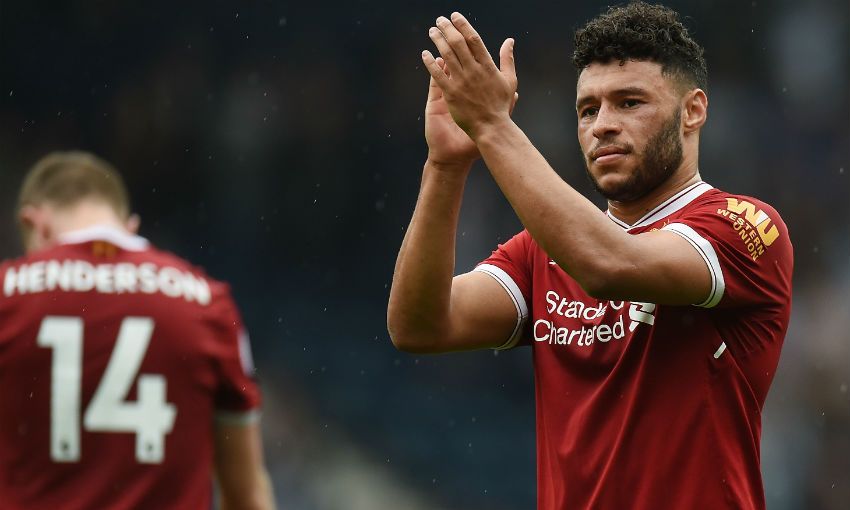 Alex Oxlade-Chamberlain’s attitude and application will enable him to return from injury stronger.

Liverpool’s No.21 saw his impressive first season at Anfield cruelly cut short when he sustained knee ligament damage during the Reds’ Champions League semi-final tie with AS Roma in April.

But captain Jordan Henderson is certain that Oxlade-Chamberlain has the mental and physical capabilities to pick up where he left off once he is fit again.

“That was disappointing for us as a team because Ox has been brilliant all season,” Henderson says of his teammate's setback on LFC’s official 2017-18 end-of-season DVD.

“He’s came in and I think he’s put in some brilliant performances and you can see how the fans have took to him straight away. [He’s] brilliant to have around in the dressing room, he’s a big character and he’ll be missed over the time that he’s out, definitely.

“But I know that he’ll be back as soon as he can and as strong as he can, because that’s the type of person he is. He’s always positive, even now when he’s injured he comes in with a smile on his face and he’s always joking around and laughing.

“It’s amazing to see, really, because of where he is at the minute and he’s got a pretty long journey ahead of him to recover, but I’m sure he’ll attack that.

“He’s got brilliant people around him and helping him, and the lads will help him as much as they can throughout that journey. I’ve got no doubt he’ll be back as soon as he can and he’ll be even better when he’s back.”