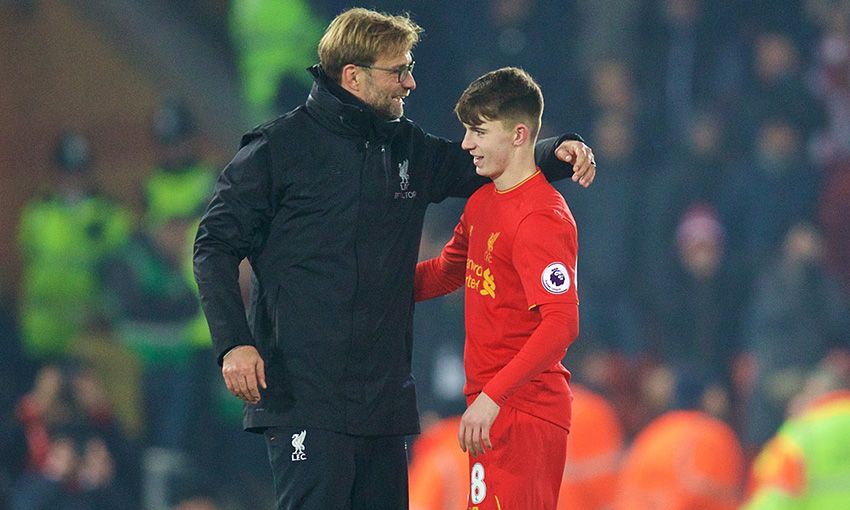 Having revealed Liverpool's oldest ever Premier League players yesterday, it only seems right to take a look at the other end of the spectrum too.

Many a fresh-faced teenager has run out for the Reds over the years and we've looked back through the record books to pick out the youngest.

Jerome Sinclair holds the record for the earliest debut in all competitions - making his Liverpool bow aged 16 years and six days - but he doesn't make it into our XI of the youngest ever players to turn out for the Reds in the Premier League.

While one player features in both our youngest and oldest teams. 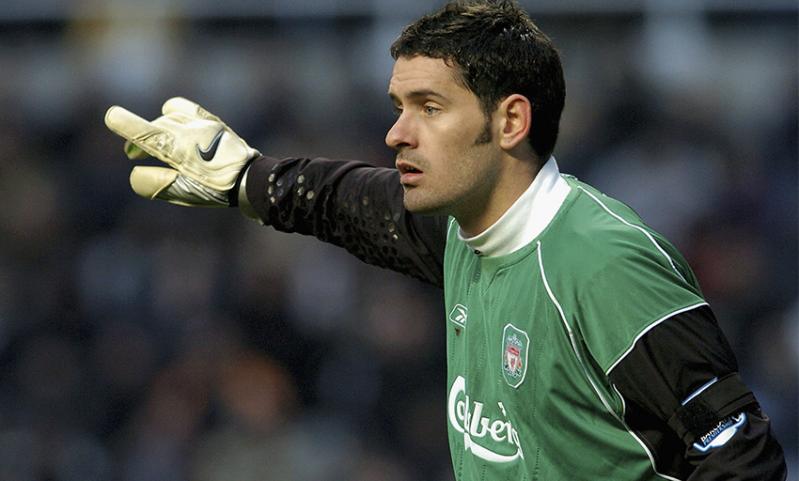 The veteran of this team, goalkeeper Scott Carson was the ripe old age of 19 years and 183 days when he made his Premier League debut for Liverpool.

Signed from Leeds United January 2005, he kept a clean sheet against Newcastle United at St James' Park in March that year as Graeme Souness' Reds won 1-0.

The future England international played nine games for LFC before joining West Bromwich Albion, where he made more than 100 appearances, and he currently plays for Frank Lampard's Derby County. 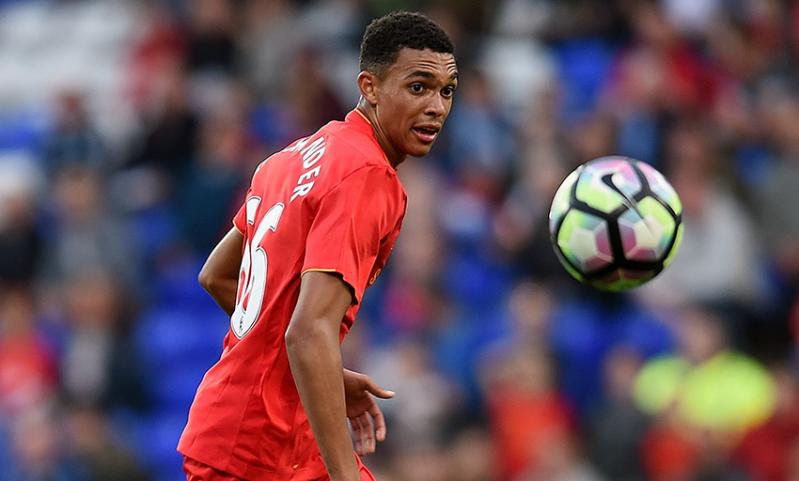 Currently part of Gareth Southgate's England squad at the 2018 World Cup in Russia, it's been a meteoric rise for Scouser Trent Alexander-Arnold, who made his Premier League debut for the Reds in December 2016.

Having been with the Academy since the age of six, Jürgen Klopp gave the youngster his league bow aged 18 years and 68 days when he came on as late substitute for Divock Origi in a 3-0 win at Middlesbrough.

The 2017-18 campaign proved to be a real breakthrough season for the former U16 and U18 captain, who played 33 games and started the 2018 Champions League final against Real Madrid.

Liverpool clinched the signature of highly-rated young defender Joe Gomez from Charlton Athletic in June 2015 and he was one of five Reds to make their debut under Brendan Rodgers on the opening day of the 2015-16 campaign.

Aged 18 years and 78 days, he was by far the youngest of the quintet, but a serious knee injury curtailed his progress in his first season at Anfield.

Gomez battled back after 15 months out to return to action under Klopp in an FA Cup tie against Plymouth Argyle on January 8, 2017, and the versatile defender signed a new long-term contract with the club days later.

Warrington-born defender Jack Robinson is the youngest player in our XI. He progressed through Liverpool's Academy system to be handed his debut at just 16 years and 250 days old.

Rafa Benitez subbed him on to replace Ryan Babel in a 0-0 draw with Hull City in the last Premier League game of the 2009-10 season.

An attacking left-back during his early years with the Reds, Robinson played 29 of his 34 games for Queens Park Rangers last season as a centre-back.

At the age of 18 years and 99 days, Academy graduate Jon Flanagan was handed a shock debut by Kenny Dalglish against big-spending Manchester City at Anfield in April 2011. The Reds won 3-0 and full-back Flanagan earned praise from every quarter.

His breakthrough season came in 2013-14 when he played 25 games. By the end of the campaign, Brazil legend Cafu had flown to Merseyside to watch him in action, which led to Flanagan being dubbed 'The Scouse Cafu'.

He left Anfield this summer to join Steven Gerrard's Rangers in the Scottish Premier League. 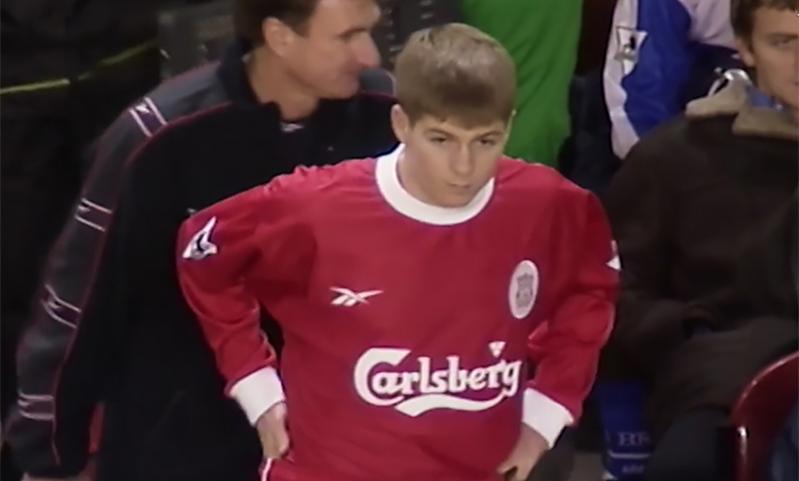 November 29, 1998, was a momentous day for Liverpool FC. Steven Gerrard made his first-team debut under Gerard Houllier as a substitute against Blackburn Rovers.

Relatively unknown at the time at the age of just 18 years and 183 days, he would go to become one of the greatest players to ever pull on a Red shirt and take the football world by storm.

The future LFC captain would win the Champions League, UEFA Cup and multiple FA Cup and League Cups during a 710-game Anfield career.

He played his last game for Liverpool aged 34 years and 358 days and has the unique distinction of featuring in both the youngest and oldest Premier League XI.

Pacey midfielder Jordon Ibe made an immediate impact at Anfield when he came on for his debut aged 17 years and 163 days on the final day of the 2012-13 season.

The former Wycombe Wanderers winger provided the assist for Philippe Coutinho's decisive goal in a 1-0 win against Queens Park Rangers.

He was given an extended run in the team during the 2015-16 season but moved on to AFC Bournemouth, where he currently plays, the following campaign.

Jordan Rossiter joined Liverpool as an U6 player and graduated through the ranks to be handed his Premier League debut against Arsenal in August 2014, aged 18 years and 153 days.

The midfielder had made his bow in the League Cup the season prior and scored the opening goal in 2-2 draw with Middlesbrough to become what was then the second youngest scorer in the club's history, aged 17 years and 183 days. 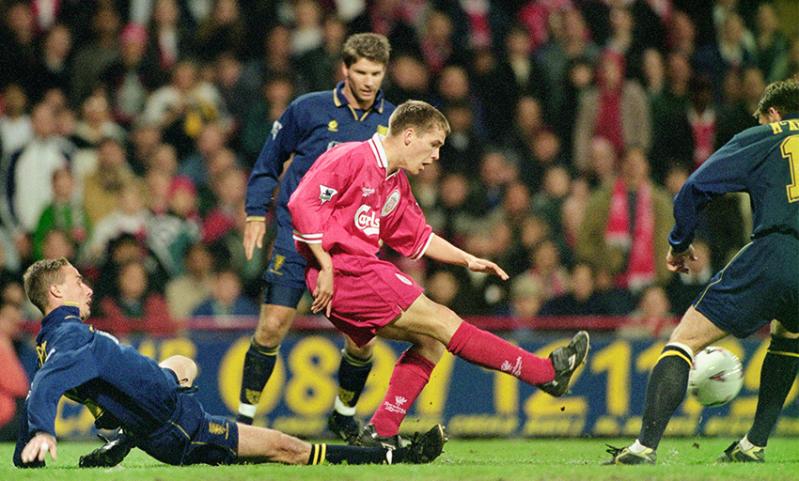 Michael Owen burst on to the scene for Liverpool in May 1997, scoring just 16 minutes into his debut to become the club's youngest ever goalscorer at 17 years and 144 days old.

Within a year, the Englishman had become one of the hottest properties in world football, due to his brilliant goalscoring record and THAT incredible strike against Argentina at World Cup 1998.

By the time the striker left Anfield for Real Madrid in 2004, he had won the UEFA Cup, League Cup and FA Cup treble under Gerard Houllier and scooped the Ballon d'Or - only the fourth Englishman to ever do so after Stanley Matthews, Bobby Charlton and Kevin Keegan.

Owen's record as the youngest goalscorer in LFC history stood for 19 years, until an Academy graduate by the name of Ben Woodburn struck against Leeds United in a League Cup quarter-final aged just 17 years and 45 days.

The striker had made his Premier League debut a few days prior to that, coming on as 90th minute substitute for Georginio Wijnaldum in a 2-0 win over Sunderland.

Described as having the "perfect balance of talent and attitude" by manager Klopp, Woodburn earned the nickname 'The Prince of Wales' after scoring a sublime 25-yard winner on his international debut in September 2017.

Raheem Sterling was cited as one of the most exciting talents in English football when he joined Liverpool from Queens Park Rangers' youth set up in February 2010.

He left the club in July 2015 when he signed for Manchester City and is currently at the World Cup with the England squad. 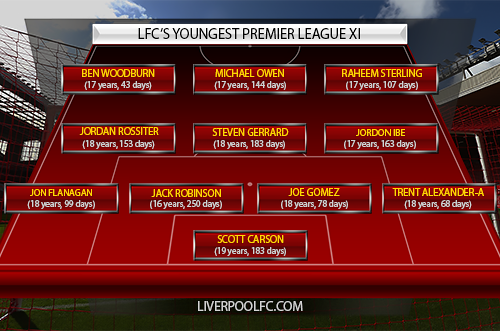