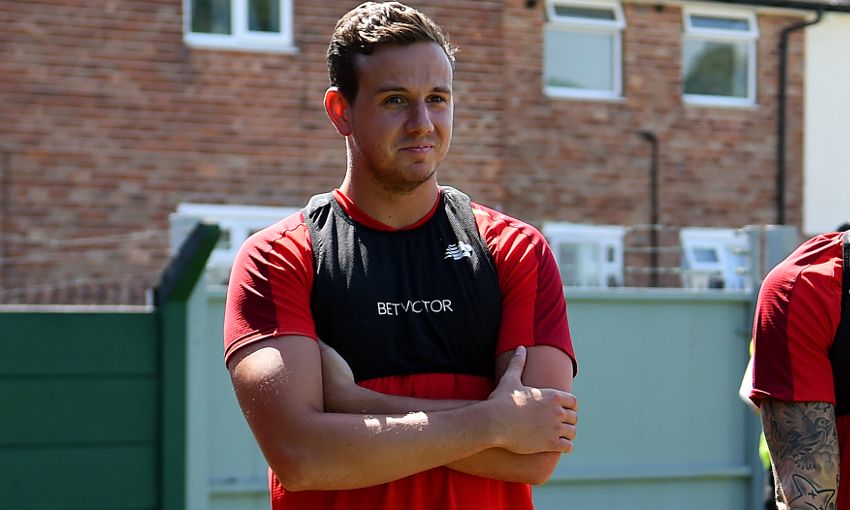 Danny Ward has revealed he has been itching to get back to Melwood since just two days into his summer break.

And, following this week's return to training for Liverpool's first-team squad, the Welshman has his sights set on getting important game time during the run of friendlies that gets under way at Chester FC on Saturday.

The players who did not participate in the World Cup this summer were given just over five weeks off before reporting back for pre-season on Monday.

Asked whether he was pleased to be back on the training field, Ward told Liverpoolfc.com: "It's a strange one, because when the season finishes you have a couple of days of calm and then you're ready to go again.

"Obviously, you enjoy your holidays but it gets quite tedious and you get a bit agitated because you want to just get out and kick a football.

Ward and co have been steadily stepping up the intensity of training since getting back to business five days ago.

Of the summer workload, he said: "[I'm] tired, a bit stiff, but it's good to be back. Some new faces, some lads who you've not seen in a while who have been out on loan.

"We're all pulling in the right direction and pushing each other on in pre-season, which is obviously tough for a reason and will stand us in good stead.

"Double sessions, especially with this weather - it's never been known, weather like this at Melwood - has made it slightly harder.

"But it'll all be worth it when it comes to the start of the season.

"[My aim is to] just work hard, get as fit as I can, be as sharp as I can, hopefully get some games in pre-season and stay fit, and hopefully catch the eye.

"But that's what pre-season's all about for all of the boys."

However, the 25-year-old insists there is no substitute for playing proper matches when it comes to getting sharp for the new season.

He added: "It's about getting your bearings. You see the [four-sided] game [in training], it's alright doing that for orientation but when it comes to a game you're getting your measurements again on the pitch.

"For goalkeepers, it'll be your starting position, how you take your line off the defence, knowing what's around, making sure you're communicating.

"It's good to get that practice in and that's what pre-season is for, honing your skills and making sure you're ready to go."

Ward also opened up on the subtle differences between being a goalkeeper or an outfield player during the pre-season period.

"But it's more sometimes explosive; you've got to dive and get across the goal rather than run the length of the pitch to score.

"It modifies in certain areas, obviously we do a lot work with sports science and we also have our sessions with John [Achterberg].