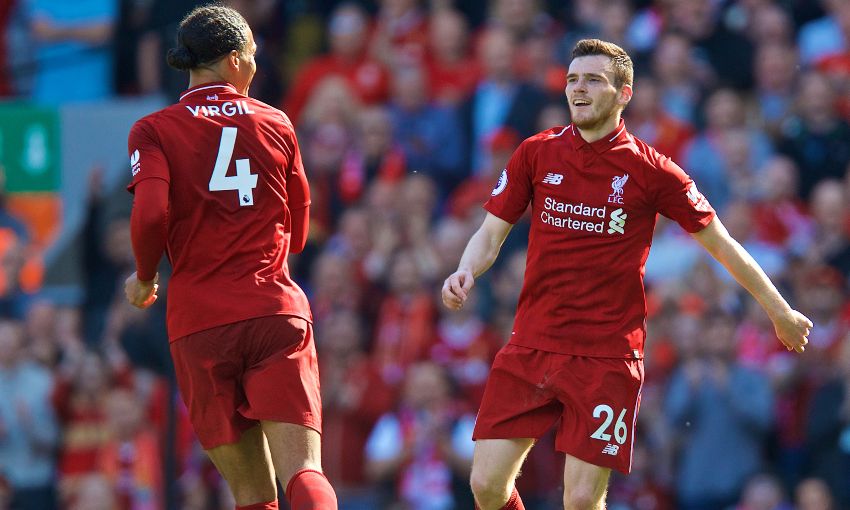 Virgil van Dijk has revealed how he made a FaceTime call to Andy Robertson to congratulate him on being named Scotland captain.

The full-back was handed the armband for his country last week ahead of their double-header with Belgium and Albania and was inundated with messages from his Liverpool teammates and staff as soon as the news broke.

One such well-wisher was Van Dijk, who as captain of the Netherlands is well placed to understand just what the honour will mean to Robertson.

He told Liverpoolfc.com: “I think it’s one of the biggest honours of your career, personally, to be the captain of your country.

“When I saw Robbo was made captain of Scotland, I was very happy for him. I FaceTimed him and congratulated him!

“It’s something special – not only for yourself, but also for your family – and the hard work you’ve put in since day one. It’s very special.”

It wasn’t just Robertson who enjoyed a fruitful international break.

Fellow Liverpool defenders Joe Gomez and Trent Alexander-Arnold received plaudits for their performances for England against Spain and Switzerland respectively.

“I am very happy for them, and for Liverpool as well as a club,” Van Dijk said. "They’ve been doing brilliantly.

“You could have picked anyone for our Player of the Month award this month, everyone has been outstanding.”

Van Dijk returned to Melwood on Wednesday morning after two matches with the Netherlands versus Peru and France.

“I am happy I have come through two 90 minutes fit,” he said. “Now there’s good time to recover and make sure I am ready for Saturday against Tottenham.”