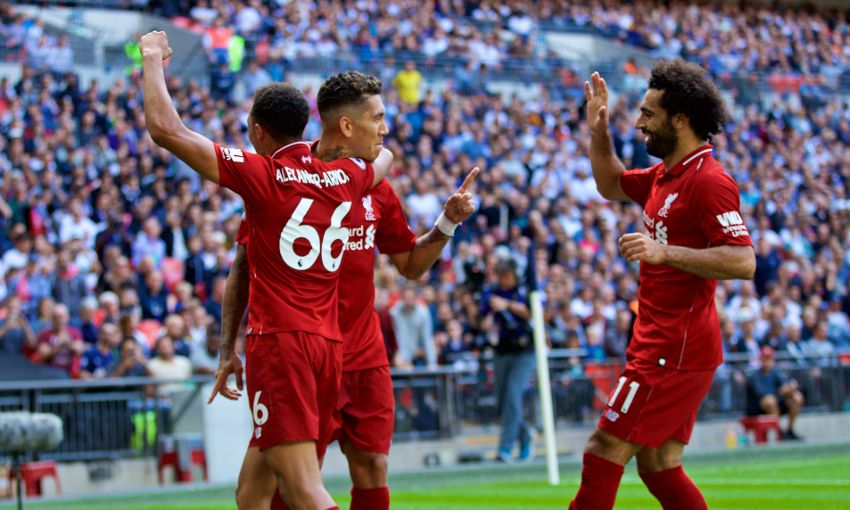 The Reds created enough chances to have added to the goals either side of half-time from Georginio Wijnaldum and Roberto Firmino that ultimately secured the points, while Erik Lamela’s response for the hosts came three minutes into stoppage-time.

Jürgen Klopp’s team extended their winning run at the start of the season to five games as a result of the victory – one Alexander-Arnold credited to the tactics they employed.

“We know that they had a threat and the players that they have are in good form as well, so it was always going to be a tough battle to come here and try to stop them defensively,” the right-back told Liverpoolfc.com.

“We have come here with a game plan and I think the manager and the team got it spot on.”

The No.66 reached the landmark of 50 senior games for the club in the Premier League clash against the same opponents he faced in his debut almost two years ago.

And the manner and level of Liverpool’s display at the national stadium was not marred by either the opportunities they missed or the late concession.

“It was quality,” Alexander-Arnold replied when asked to assess the performance.

“They never had too many clear-cut chances, which is hard to do when you come to Wembley, with Tottenham playing here.

The trip to Wembley marked the beginning of a fixture schedule involving seven matches in 23 days – with Paris Saint-Germain set to visit Anfield in the Champions League on Tuesday night.

It’s a prospect – indeed, a challenge – the whole squad seems to be relishing, with Alexander-Arnold no different.

“We know it’s going to be difficult. We are playing world-class opposition every single game we’ve got until probably the next internationals,” added the 19-year-old.

“So, performing week in and week out is a must, and getting those results that we need to show that we are one of the best teams in Europe.

“The best teams go out and win and that’s what we have shown today.”