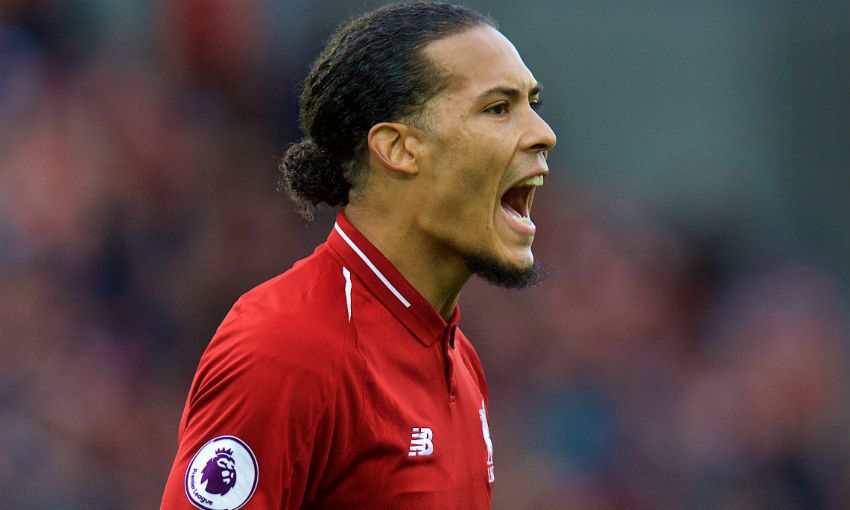 Being able to ‘grind out’ results is essential if Liverpool are to maintain their challenge for the Premier League title, Virgil van Dijk believes.

The Reds did just that on Saturday, when Mohamed Salah’s clinical first-half finish earned a hard-fought 1-0 win over Huddersfield Town.

Victory at the John Smith’s Stadium ensured Jürgen Klopp’s team kept pace with Manchester City at the summit of the table, with both sides having amassed 23 points from their nine top-fight outings so far this term.

Klopp acknowledged post-match that Liverpool’s display against Huddersfield ‘could have been better’.

Van Dijk concurred with his manager, but the centre-back explained that winning in testing circumstances could prove pivotal come the end of the season.

“In the end it is!” Van Dijk told Liverpoolfc.com, when asked whether the result is more important than the performance in games such as Saturday’s.

“In the beginning you want to play good football and score hopefully as many goals as possible, but this game was to grind it out - especially at the end. I’m just happy with the clean sheet and the goal, obviously.

“Every team in the Premier League has their strengths and I think especially with their fans and a smaller ground it’s always going to be difficult. We need to learn from a lot of things [from Saturday], but at the end we should be very happy that we won - especially keeping the clean sheet.”

Klopp made three changes to his XI at the John Smith’s, with Adam Lallana starting for the first time in 2018-19 and Daniel Sturridge and Xherdan Shaqiri also coming in.

Sadio Mane and Naby Keita both missed out due to injuries picked up during the international break, but Van Dijk himself, Salah and James Milner overcame concerns about their fitness to play.

However, the Netherlands captain dismissed any suggestion that the Reds’ disjointed display could be at least partly attributed to the uncertainty surrounding their team selection during the week.

“I don’t think that’s too difficult. I think everyone can play in this team and we have a lot of quality in the team, and you could see that today as well,” Van Dijk said.

“Studge is starting, Shaq as well, and I think they did well at times. I think overall the team performance maybe should have been better at times, but to win these type of games is very important for us I think.”

Watch highlights of the 1-0 win

Van Dijk was part of a defence that set a new club record on Saturday.

Liverpool’s clean sheet means they have conceded just three times in the top flight so far this term - the side’s lowest ever tally after their opening nine league fixtures.

Only Pep Guardiola’s City can equal that number across Europe’s top five divisions, but Van Dijk is not getting carried away.

“I think all should be happy with that and take credit for that but we just keep going and not look at things like that now,” he said.

“At the moment we have nothing and we want to just keep going, keep improving and we’ll see what happens.”

Virgil van Dijk: We should all enjoy it and give everything we have