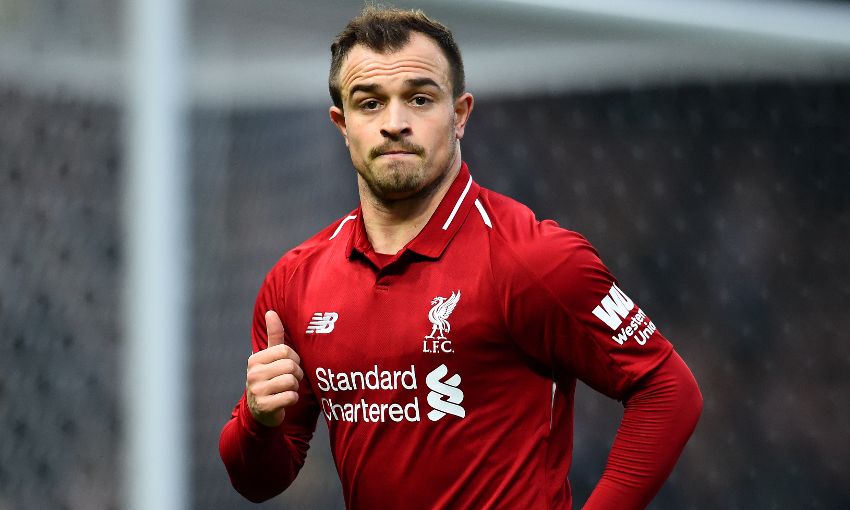 Liverpool head to Paris this week with victory on their mind after maintaining pursuit of Manchester City in the Premier League, according to Xherdan Shaqiri.

The Reds take on Paris Saint-Germain for the second time in Champions League Group C on Wednesday night, with the section finely poised.

Jürgen Klopp’s side sit second behind Napoli after four games but know they’ll need a positive result from at least one of their final two fixtures to reach the last 16.

“We don’t know how the coach is going to make the starting XI but everybody has to be ready,” said Shaqiri ahead of the trip to PSG, which is followed by the Merseyside derby on Sunday.

“It’s going to be a difficult game in Paris and a good game to show how good we are. We go there to try to win, for sure.

“Then it’s my first derby, so it’s going to be very special. I want to see and to feel the atmospheres in these derbies. I’m looking forward to it.”

Shaqiri featured for 73 minutes at Vicarage Road on Saturday afternoon as Liverpool’s storming second half secured a 3-0 win against Watford.

The Reds therefore remained two points behind pace-setters Manchester City – and the summer signing is confident his side can last the distance in the top-of-the-table race.

“We’re going to be there until the end,” he said.

“We have to look game to game. When you win games like this, [it proves] we’re going to fight to the end for a lot of things. I think we just have to keep going, keep working hard and win games.”