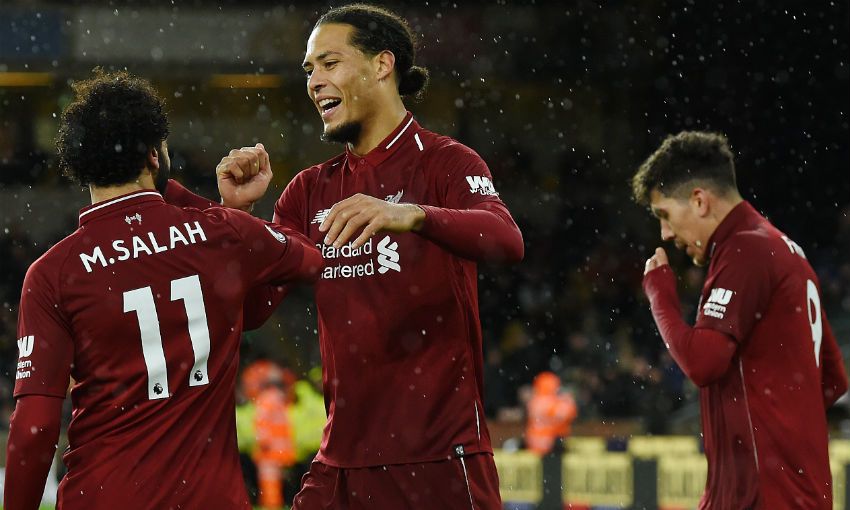 However, Liverpool’s No.4 acknowledged that netting during Friday’s 2-0 win over Wolverhampton Wanderers represented a ‘very proud moment’.

Van Dijk capped an immense individual display at Molineux with his second goal for the Reds - a classy volleyed finish from fellow scorer Mohamed Salah’s pinpoint cross that arrived midway through the second half.

Watch: Extended highlights of the win over Wolves

But from the Dutchman’s point of view, the three points and a shutout are the most important matters arising from another impressive result.

“Not at all - I’m more happy that I’m keeping clean sheets with my team and winning games,” Van Dijk told Liverpoolfc.com, when asked if he was frustrated to have gone nearly 12 months without scoring for his club.

“Obviously scoring a goal is a bonus and obviously a very proud moment and hopefully there’s more to come, but I’m more focused on winning games.

“We are very happy and at the end I am happy with the win. In the first half we were a bit sloppy at times, but second half we did it well and we are very happy that we won.

“It’s a very tough place to come with these circumstances and how they play. They have shown throughout the season they are very good and disciplined and they have a clear idea. We knew before and it’s how we reacted to it and in the second half we dominated and created good chances.”

Victory on Friday extended Jürgen Klopp’s side’s unbeaten start to the Premier League season to 18 matches and widened the gap to second-placed Manchester City to four points - albeit with Pep Guardiola’s team retaining a game in hand.

Van Dijk, though, is not getting carried away.

“It’s a position that everyone wants to be in and we are in it at the moment. That’s the only thing it is and we need to keep going.

“The next game is Newcastle United on Wednesday and then Arsenal and Manchester City, so it can change but we are not going to think about that. We take it game by game.” 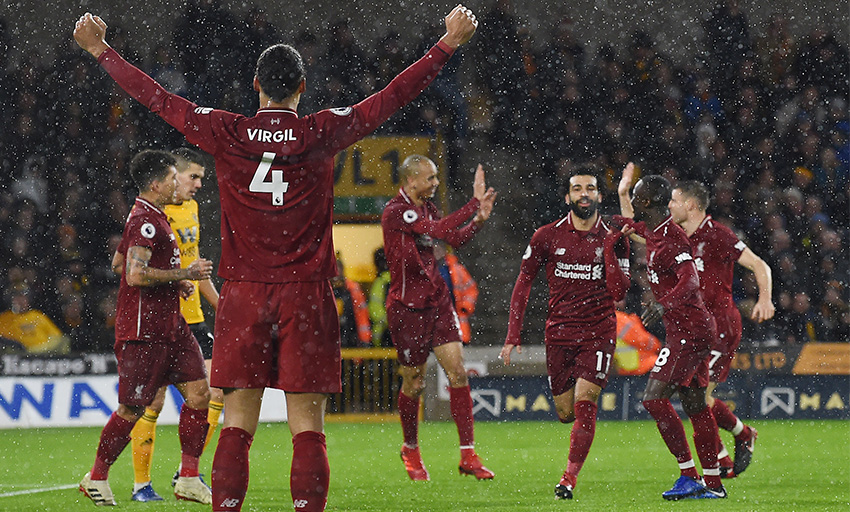 Klopp again deployed James Milner at right-back against Wolves and Van Dijk thinks the work that goes on at Melwood means players are able to slot in seamlessly to a backline that has conceded just seven times in the top flight this term.

“That’s a credit to the whole team and the hard work we put in day in, day out,” he said.

“Everyone has got enough quality to show it and everyone wants to work hard for each other. That’s the basis for a good team and we saw how Millie does it in the right-back position, Clyney came in last game and Dejan the same, it’s every week the same.

“We do it all together and it’s a good time to be a Liverpool player.”