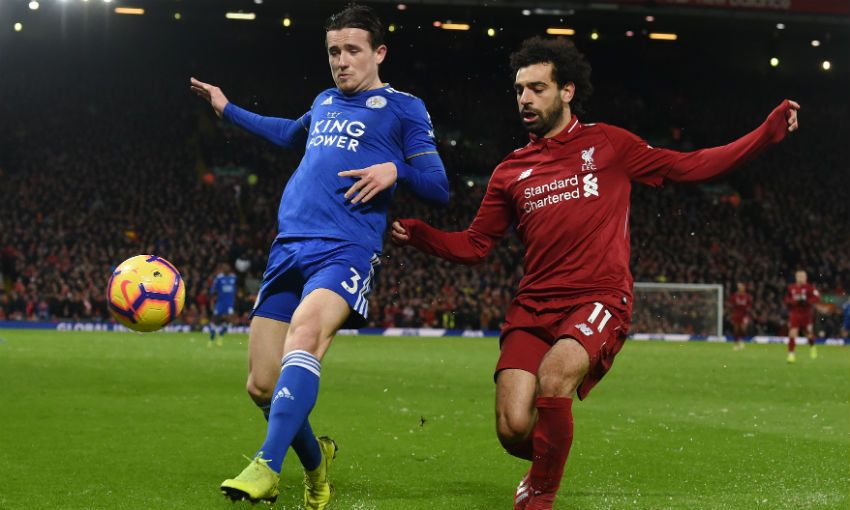 Liverpool’s lead at the top of the Premier League was extended to five points by virtue of a 1-1 draw with Leicester City.

Having withstood a confident start to the second half by the Foxes, Jürgen Klopp’s team spent much of the remainder on the front foot.

A winning goal was not forthcoming, but Liverpool’s advantage now stands at five points with 14 matches remaining.

Georginio Wijnaldum returned to the Reds’ starting XI as one of two changes from the 4-3 win over Crystal Palace 11 days ago, with Xherdan Shaqiri also coming in. Fabinho was named on the bench, while James Milner missed out through suspension.

Virgil van Dijk overcame illness to take his place in the side, and captain Jordan Henderson was deployed at right-back.

The tempo at which Liverpool began the game was indicative of their early intent.

With the ball being pinged around the snow-dusted pitch at pace, an opening was engineered - and ruthlessly taken by Mane - with just three minutes gone.

The No.10 shifted possession to Andy Robertson and was on the move immediately. Robertson’s pass inside was cleverly dummied by Roberto Firmino and, with Maguire deceived, Mane collected and calmly rolled a shot into the far bottom corner. 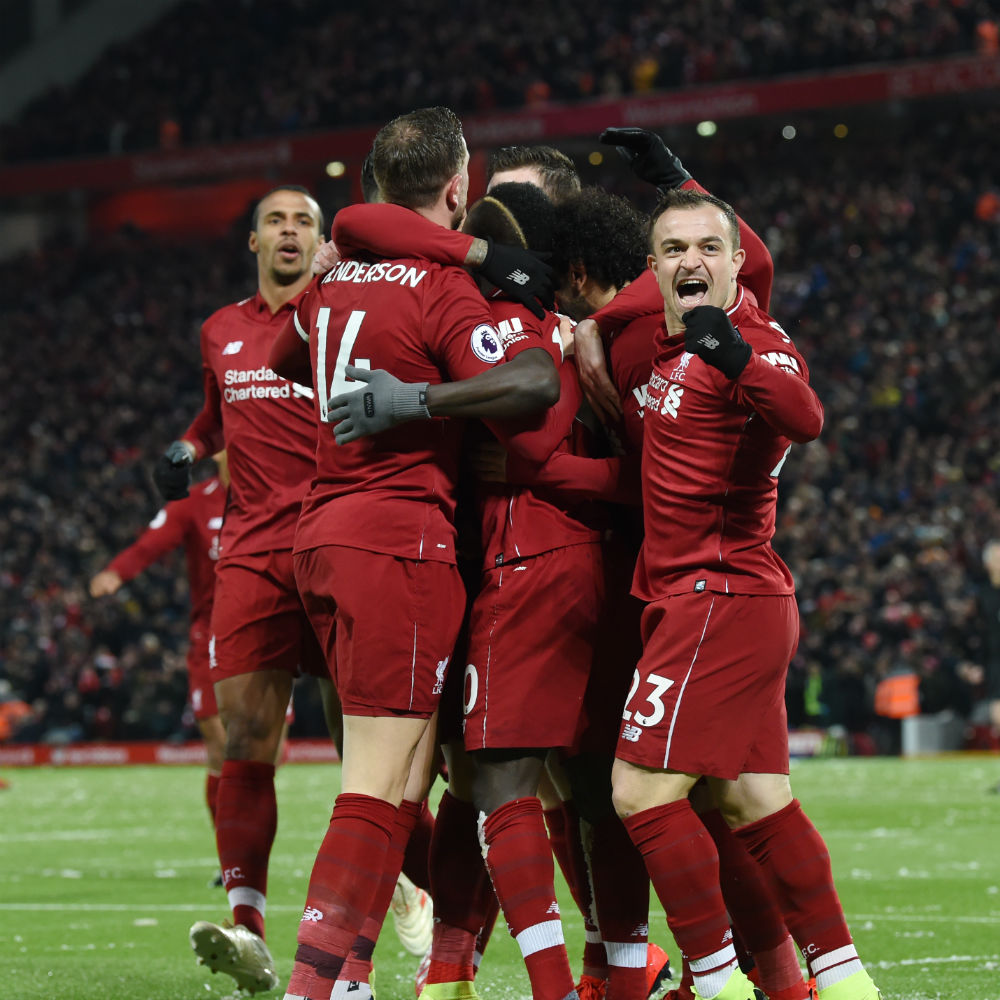 That early opener did nothing to quench the Reds’ apparent thirst for goals, and Firmino forced Kasper Schmeichel to tip wide after he’d killed Mohamed Salah’s lofted pass with a glorious first touch and tricked Ricardo Pereira.

A second Liverpool goal was not imminent, however, and a dip in the sharpness of their play allowed Leicester to grow into the game.

And just after Salah had just failed to find Shaqiri with an attempted through-ball at one end, the Foxes spurned their best chance of the period so far at the other.

Jamie Vardy charged down Alisson Becker’s clearance, enabling Marc Albrighton to feed in a dangerous cross from the right that an unmarked James Maddison nodded wide from close range.

But the visitors did draw level in first-half stoppage time, when a Maddison set-piece was only half-cleared and Ben Chilwell’s looping header back into the box was converted by Maguire.

Setbacks in recent home games against Arsenal and Palace had received emphatic responses from Liverpool, but it was Leicester who got back into their stride quickest after the restart.

Alisson had to be alert to prevent Firmino from inadvertently sliding Maguire’s header back across goal from Maddison’s free-kick into his own net, with the Reds then scrambling the ball clear.

Klopp’s team’s first real foray forward in the second half could have ended with a penalty, but referee Martin Atkinson dismissed strong appeals when Naby Keita played a neat one-two with Firmino and then appeared to be brought down in the area by a stretching Pereira.

That was to be Keita’s final involvement of note as Klopp introduced Fabinho and Adam Lallana for the No.8 and Shaqiri midway through the period.

Another save by Alisson was required to deny Demarai Gray at the conclusion of a swift counter from the visitors, before Firmino again displayed magical technique to control Henderson’s deep cross and saw a subsequent attempt repelled by Schmeichel.

With the clock ticking into the last 10 minutes and the pressure on Leicester’s goal being cranked up, Klopp elected to make his third and final change as Daniel Sturridge came on for Firmino.

A final half-chance fell to Mane in injury time, but the Senegalese could only glance Lallana's whipped corner over the Kop-end crossbar, meaning it ended all square.