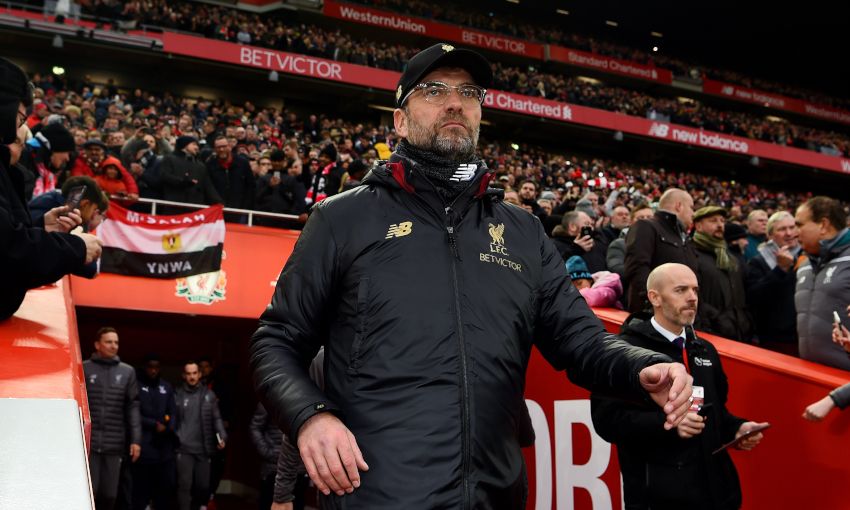 Harry Wilson's epiphany - and the next step explained

Jürgen Klopp believes the mindset Liverpool have displayed in beating Brighton and Hove Albion and Crystal Palace is the kind of approach that can serve them well in the remainder of 2018-19.

The Reds were required to dig deep in both contests and ultimately followed up a 1-0 win at the Amex Stadium with a 4-3 Anfield triumph over the Eagles last time out.

Klopp feels the methods used by his team in ‘finding a way’ to clinch maximum points in both clashes will need to be drawn upon on plenty more occasions before this season reaches its conclusion.

Writing in his column in the official matchday programme for this evening’s fixture with Leicester City, he said: “One of the main reasons the win against Crystal Palace was so pleasing – aside from the valuable three points we got – was how the team dealt with adversity and the character they showed. We found a way to win.

“We were reminded repeatedly in the build-up to the game that Palace had this excellent record against Liverpool at Anfield in recent years, plus the big results they’d had in the league such as the one in Manchester already this season. They came to Liverpool and played outstandingly well and we were tested to the maximum.

“But we overcame all the problems and found a way to win – and we won still playing some excellent football and creating lots of chances in addition to the four we converted.

“It’s this mindset of ‘finding a way’ that will be critical for us between now and the end of the season. We did not need the battling performances away at Brighton and at home to Palace to teach us this.

“We are all fully aware that every team who faces us comes with the highest motivation to beat us. But people should not underestimate our motivation as well. This group of players have shown – right throughout the squad – that they can and will go deep into the well of desire, courage and belief to find that way. It is not possible to have the points we do at this stage if we did not possess these qualities.

“However, as I have said repeatedly over the season, this has to come with the preface of ‘so far’. We have done this ‘so far’ and we must keep doing it. We must keep going back to the well – we must keep finding a way.

“As coaches we do very detailed analysis of all our opponents, but actually the evidence of the test we face this evening can be found simply looking at Leicester’s results this season. They have beaten the very best teams in this league and done it both home and away.

“The game we had in Leicester was outstandingly tough also, as a direct reference point.”