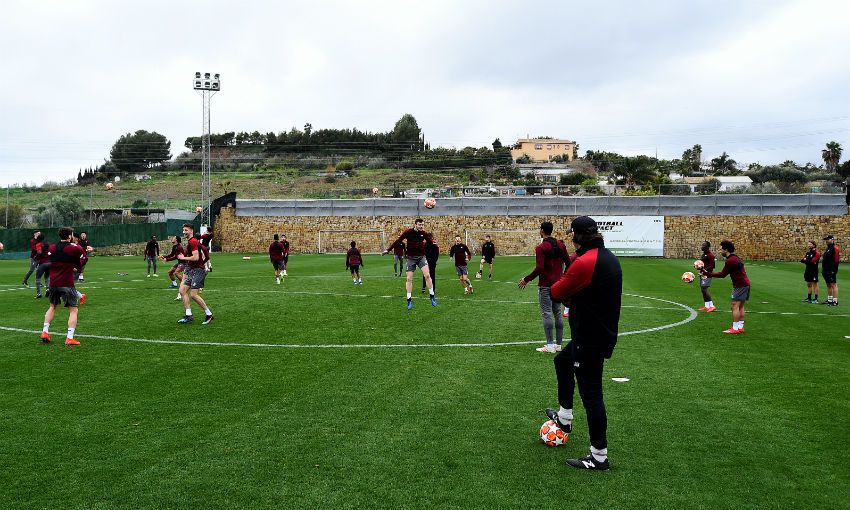 Liverpool are using their Marbella training camp to hone two key tenets of their style of play.

The Reds’ four-day stay in Spain ends on Friday, when they will return to Merseyside ahead of next week’s Champions League meeting with Bayern Munich.

The benefits of such a trip are multi-faceted, Pepijn Lijnders has explained, with the assistant manager discussing specifics of what Jürgen Klopp and his coaching team are aiming to achieve in Marbella.

“Because we played every three days and we play so many games, your focus in those two days is [how] you can really work with the team, you focus on strategy, you focus on little tweaks to get the most out of it, to prepare for the next opponent,” Lijnders told Liverpoolfc.com, when asked to outline the idea behind the camp.

“Now in this position here we can really focus on ourselves. On our way of play. On our intentions. Two plans. Plan number one: pressing the opposition from everywhere; plan number two: counter-pressing. And everything to prepare these two situations in the best way possible.

Inside Training: Finishing practice in Marbella

“I think the most important thing to come here is to focus on our ourselves, the way we play, our identity. It’s nice because we train what we are good at. It’s important on giving these impulses because what you don’t train you lose.

“This change of scenery allows a start, allows more and new information to come in because it creates a different focus for the players. Reminding them that togetherness, legal aggressiveness, surprising opposition with our attitude and body language, helping each other everywhere on the pitch, chasing to shock them is the father and mother of our playing style.

“That’s No.1, and stays No.1. Because one per cent less in these aspects changes the whole ‘motor’ of our team. The feel that it is the start of the last third of the season.” 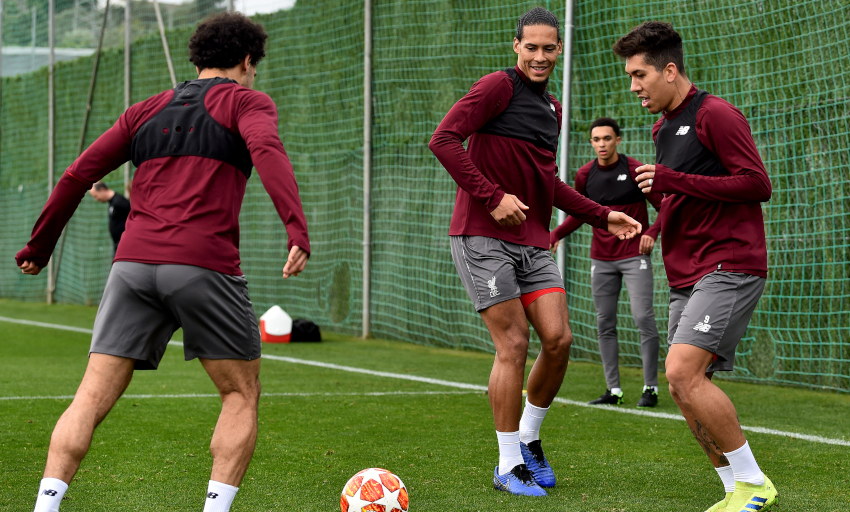 The professionalism and focus within Liverpool’s squad means they are receptive to messages being delivered in a different setting to Melwood, Lijnders believes.

“They have responded really well. As always. I couldn’t see a better group, to be honest, it’s special to have so many of these professionals in one team.”

Lijnders rejoined Klopp’s backroom staff last summer following a spell with NEC Nijmegen and is now the boss’ assistant along with Peter Krawietz.

And it’s fair to say the Dutchman is enjoying being back at Liverpool.

“I don’t like it - I love it! It’s great to be back in this special club in this moment in time,” he enthused.

“It’s good to come back in this position. Thanks to the group of players and staff the adaptation went really smooth. 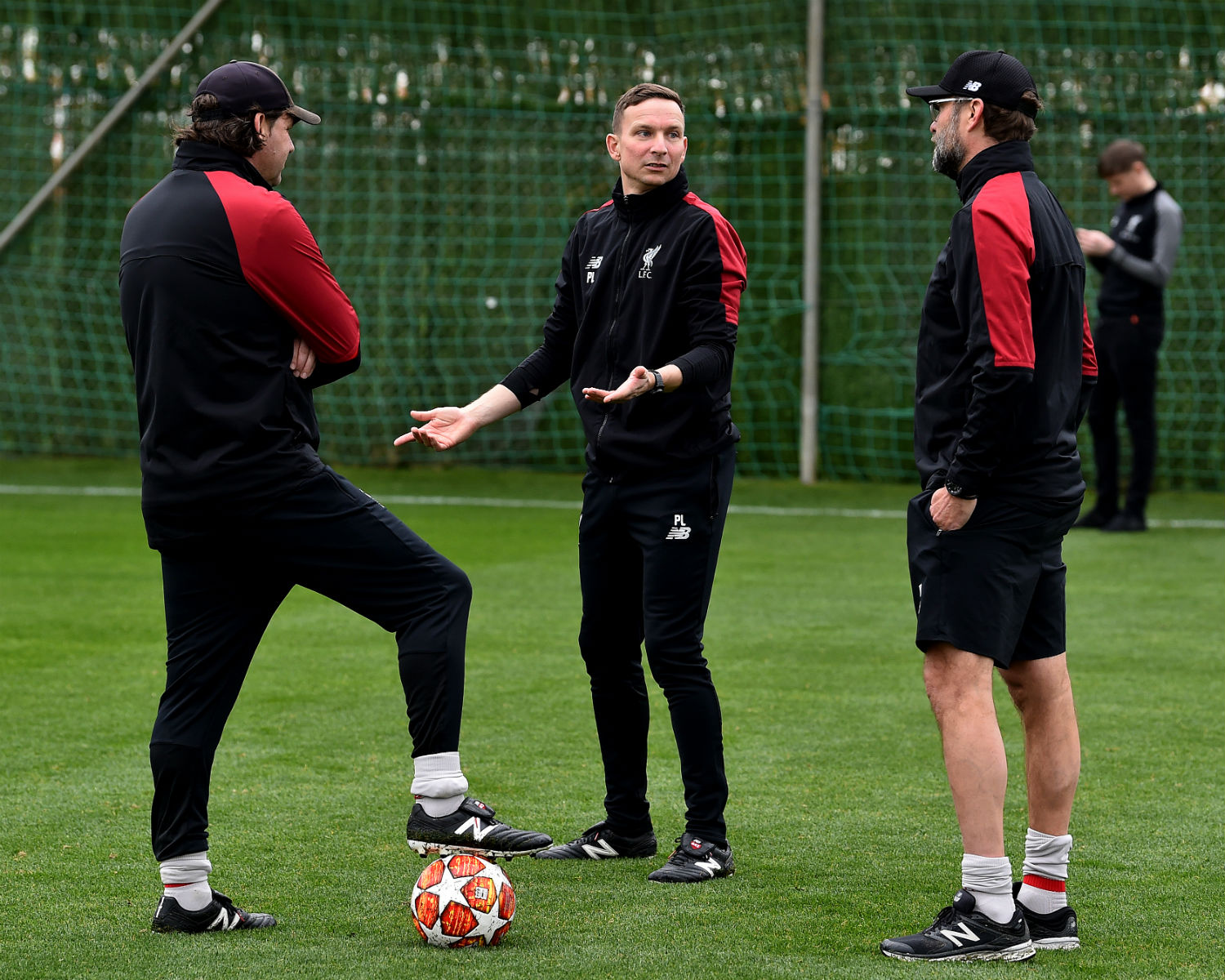 “I said when I left: you never really leave Liverpool. It felt like coming home when I came back. I am at ease with my position and it is a privilege to work with this team of players and staff, especially Jürgen. I know what he wants from me and I try to help him to the best of my abilities.

“In football I think timing is always the most important - on the pitch probably the most, but off the pitch as well. I felt like when Jürgen called me towards the end of the season last year, I thought about it and I saw the idea clearly, I saw how it would be.

“The interaction, the things the team could still improve, the way we could move forward, the potential. But still with a lot to play for at that time, for me as a manager in Holland, but for Jürgen [as well] of course. I saw really how it could be, how it probably would be.

“You never know, but I was convinced by his words, and the feeling. It meant a lot to me that he wanted me back in this capacity. The position is the most important and I feel working close to Jürgen, being responsible - of course it is assistant manager, but I feel it is the right thing to do here.”

‘A lot of things’ have changed for Lijnders - who was previously the Reds’ first-team development coach - in his new role.