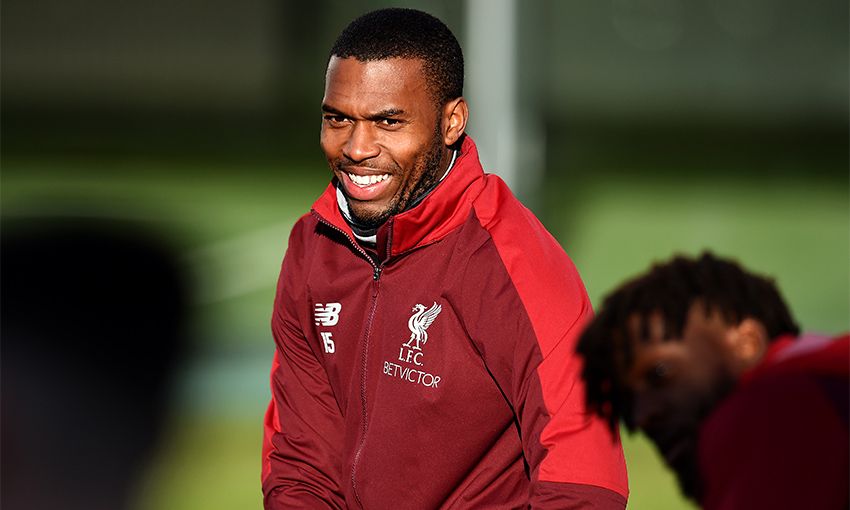 Daniel Sturridge admits the return to training of Alex Oxlade-Chamberlain has provided everyone within the Liverpool squad with a huge boost.

The Liverpool midfielder sustained a knee ligament injury in the Champions League semi-final tie with AS Roma at Anfield last April and only rejoined first-team sessions during February's training camp in Marbella.

But now the 25-year-old is set to ramp up his rehabilitation with a run out in the U23s’ fixture with Derby County on Friday - and Sturridge admits it's great to see his teammate making such positive progress in his comeback.

"He's been missed," Sturridge said on the latest episode of LFC Later. "I love that guy!

"He's been through a big injury, which is difficult to return from. But it's his dedication, his hardwork that he has put in on the training pitch.

"The banter he brings to the boys, to the group, the lads, I love being around him, so it's great to see him back out there and to see him so sharp as well.

"He's been really sharp out there and he doesn't seem as though he has been injured. It's great to have him back."

Watch Sturridge star on the latest episode of LFC Later at 9pm GMT on Thursday on LFCTV or catch up on demand on LFCTV GO. Click here to sign up to either service>>