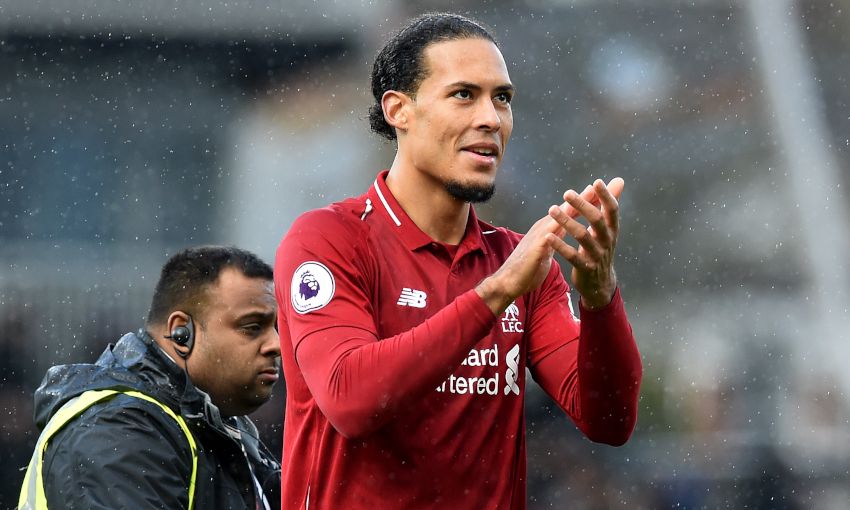 Virgil van Dijk's performances this season have stood him out as the best centre-back in European football, according to Jamie Carragher.

The Netherlands international is a mainstay of the Liverpool defence that has provided the foundation for both a Premier League title challenge and progress to the Champions League quarter-finals.

Many have tipped Van Dijk to claim the prestigious PFA Player of the Year award at the end of the season – and Carragher believes the No.4’s form is unmatched across the country and the continent.

“I do actually,” the Reds legend told The Anfield Wrap when asked if he thinks Van Dijk is the best centre-back in Europe.

“With the performances he has given this year I think he’s been the best player in the Premier League. I’ll be surprised if he doesn’t win PFA Player of the Year.

“When he first signed there were maybe raised eyebrows at the amount but if somebody offered you double now you probably wouldn’t take it, that’s how good he has been.

“He is at a great age and we know centre-backs go on a bit longer, so hopefully we’ll see him for the next decade.”

Thoughts will now return to the Reds’ pursuit of Premier League glory; Jürgen Klopp’s side hold a two-point lead over Manchester City having played a game more.

“Liverpool are in a great position, City also. I don’t think there’s too much in it,” Carragher said of the current state of play.

“City are in pole position, you’d have to make City favourites with them doing it last season. But if Liverpool can get through the next three or four games and they are still in the same position, they have got a great chance.”