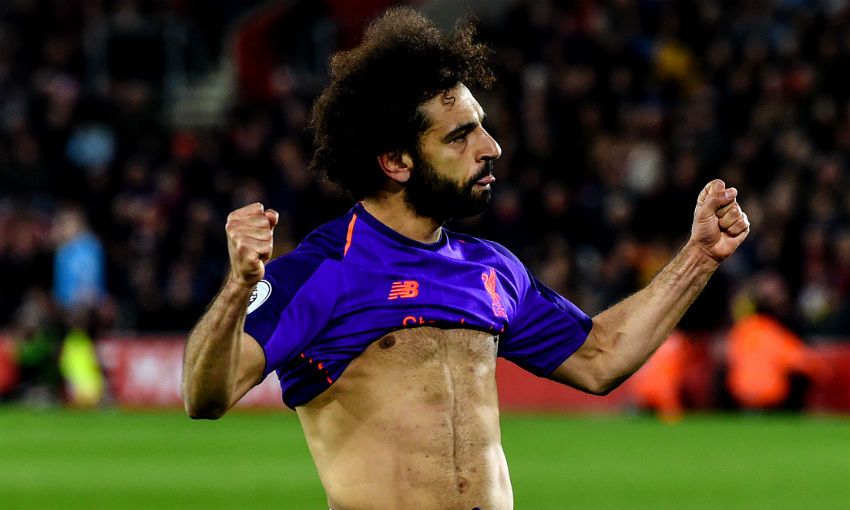 Despite becoming the fastest ever player to score 50 Premier League goals for Liverpool, Mohamed Salah insists victory over Southampton was the most pleasing aspect of Friday night.

The Egyptian brought up his half-century for the club as he netted the Reds' second in a come-from-behind 3-1 win at St Mary's.

Speaking to Sky Sports after the match, the No.11 said: "I think that's goal No.50 for Liverpool in the Premier League, that's special.

"After nine games [without scoring], I'm very happy to score a goal to help the team.

"That's the most important thing for us."

Salah's goal arrived 10 minutes from the end on the south coast following a rapid breakaway from a Southampton corner.

The forward carried possession deep from his own half before reaching the opposing penalty area and unleashing a clinical finish beyond Angus Gunn.

Roberto Firmino had appeared as an option on his left, but when asked if he ever pondered squaring the ball to his Brazilian teammate, Salah replied: "Not at all!

"I think as a striker you need to score. Always, I'm thinking to score.

"I just took my decision to shoot the ball and score. I'm happy about it."