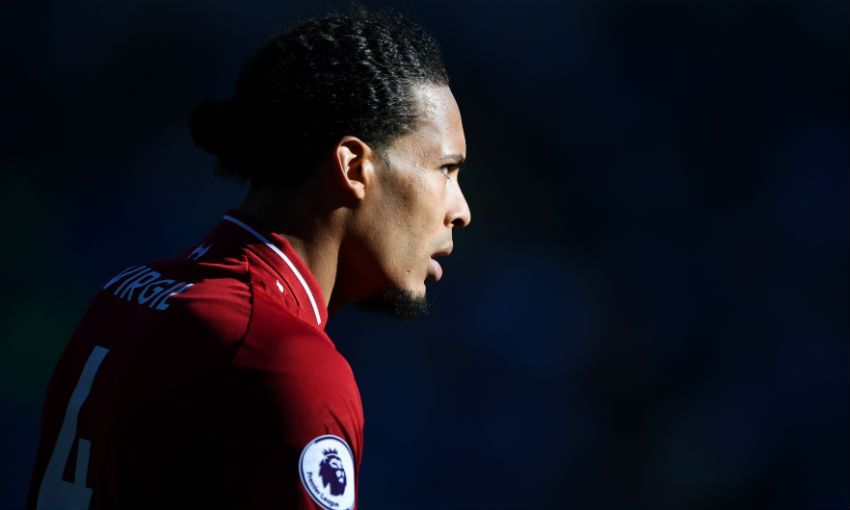 Virgil van Dijk explained Liverpool are able to remain cool-headed in the heat of the title race because of the knowledge that their quality can force a breakthrough at any point.

The Reds returned to the top of the Premier League as a result of a patient 2-0 win at Cardiff City on Sunday.

After a goalless first half in the sun-drenched Welsh capital, Georginio Wijnaldum's superb strike from a well-worked corner made it 1-0 in the 57th minute before James Milner wrapped up the victory from the penalty spot.

"You try to keep a cool head and I think that's something we have improved on during the season," Van Dijk told Liverpoolfc.com afterwards.

"Just keep doing what we are doing, don't panic and we will get opportunities because we have plenty of quality in the team and no team can defend at their highest level for 90 minutes.

"So there will always be slight moments of spaces that we can exploit and I think we did it."

The three points claimed on Sunday took Liverpool's tally for the season to 88 - the club's best-ever total in a Premier League campaign, even with three matches remaining on the schedule.

Manchester City, however, possess a game in hand and face rivals Manchester United on Wednesday night, although Van Dijk stressed Liverpool will continue to focus on matters under their control.

"The only thing we can do is keep playing and keep winning," the centre-half added. "Keep enjoying it and hopefully the weather stays nice and let's go for it.

"We need everyone, we need all of the fans, and like today as well we had great support, so we will see how it ends."