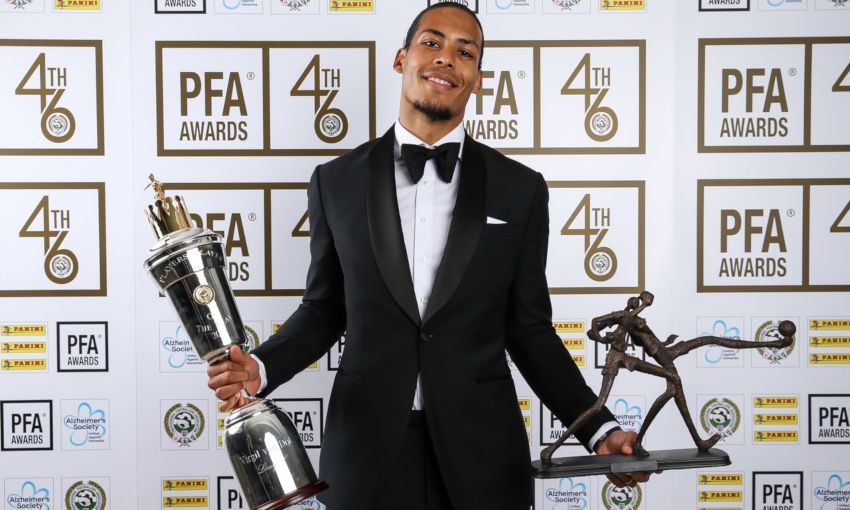 Liverpool defender Virgil van Dijk was named the PFA Players' Player of the Year for 2018-19 at a ceremony in London on Sunday night.

The Reds centre-back topped a poll of his peers across the 92 Premier League and Football League clubs to scoop the prestigious individual accolade in recognition of his remarkable consistency and dominant performances.

Van Dijk has made 45 appearances in all competitions this term, helping Liverpool to record 23 clean sheets and contributing five goals in the team’s quest for Premier League and Champions League glory.

“It’s unbelievable. To win this award, voted by all the players you play against week in, week out, is fantastic,” said Van Dijk after collecting the award.

“I think it’s the highest honour you can get. I’m really proud.”

Van Dijk succeeds Liverpool teammate Mohamed Salah as the PFA Players’ Player of the Year and is the eighth man to claim the honour while playing for the club.