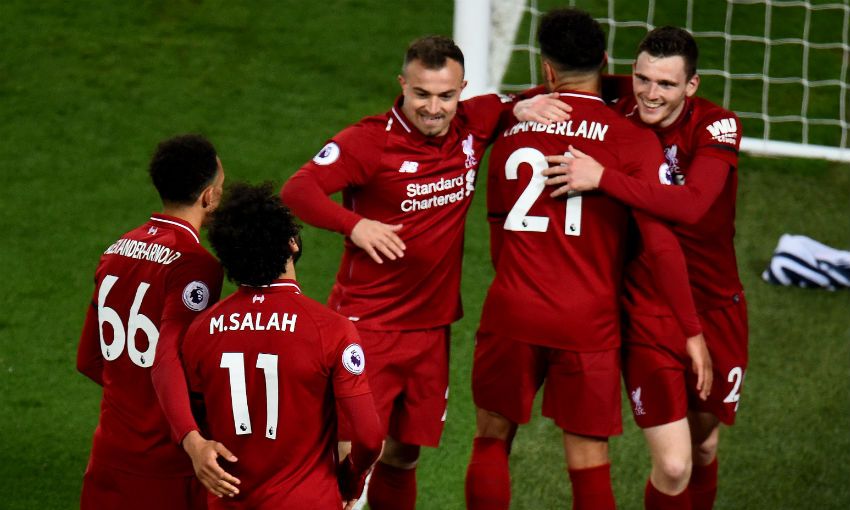 Alex Oxlade-Chamberlain lost the moment Sadio Mane’s header hit the back of the net.

On this occasion, Andy Robertson was Mane’s provider and, in being so, the Scotland captain became only the third defender in the Premier League era to assist at least 10 goals in a season.

There’s more to it than that, though - as Oxlade-Chamberlain well knows.

Before 2018-19 began, the midfielder offered his teammate an incentive: lay on 10 top-flight goals and he would place a signed, framed ‘Robertson 26’ shirt alongside the jersey of a certain Lionel Messi on his wall at home.

So, having now reached - and indeed surpassed, after he later set up Mohamed Salah for the Reds’ fifth goal of the evening - that milestone, will the left-back be cashing that particular chip in?

“Of course, yeah! When I walked up to him at half-time I said: ‘Where’s it gonna go?!’” a smiling Robertson told Liverpoolfc.com.

“I want it above his bed so he’s always reminded of me every time he goes to sleep! At the start of the season it was a bit of banter, he said: ‘If you get 10 Premier League assists, sign a shirt and I’ll put it up on my wall.’

“I don’t think he expected me to get and he started panicking - but I’m glad to get it and there’ll be a ‘Robertson 26’ shirt up there next season!

“[It’s a] great achievement. I’m not really for self-achievement, but I’m happy with that and I think when I was on nine, stuck on that and I saw where the record was, of course you want to chase it.

“I am who I am and the clean sheet is more important to me today, but I think Mo’s delighted because I’d not assisted him since the first game of the season! So he’s been on at me and luckily I found him, so all round it’s a good night.”

Of course, Oxlade-Chamberlain made his long-awaited return to first-team action against Huddersfield, the No.21 appearing as a second-half substitute a year and two days on from sustaining a serious knee injury versus AS Roma.

The England international was typically bright during his 17-minute cameo, and could even have marked the occasion with a Kop-end goal, only for Jonas Lossl to save his shot from close range.

Robertson continued: “I’m close to Chambo and it’s been a tough year for him, there’s no hiding that. But you can’t tell, he’s come in with a smile on his face every day.

“Mo and Sadio scored two, I got two assists, but tonight is all about him in my opinion - coming on to that atmosphere, it gave everyone a lift and he could’ve scored. He’ll be so frustrated with himself, by the way!

“That’s what Chambo brings and there’s not much of the season left but I’m sure he’ll play a big part, and next season he’ll play a massive part. But it’s great to see him fit and healthy and I’m sure it’ll stay that way now.” 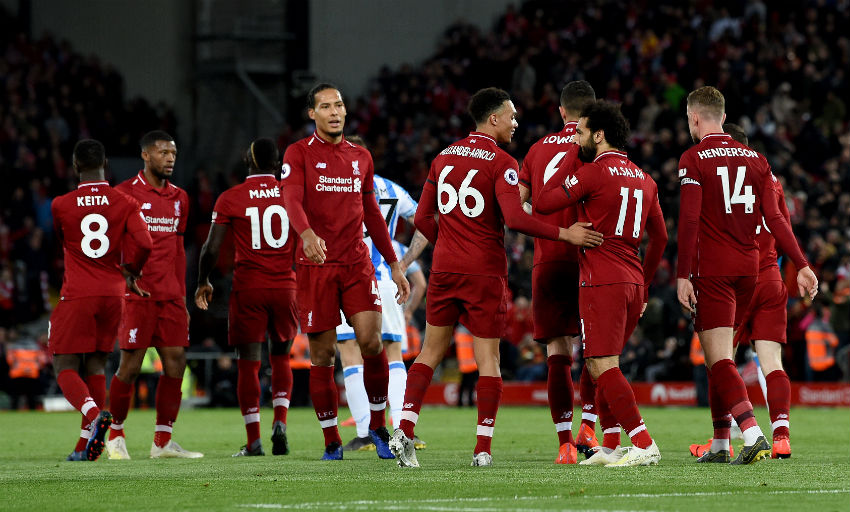 Liverpool’s next assignment is Wednesday’s mouth-watering Champions League semi-final first leg against Messi’s Barcelona - and Robertson is relishing the ‘massive occasion’ in store at Camp Nou.

“Look, we know how good they are, but we’re a tough team to beat and that’s what we need to show. We need to be at our best, we know that, but over two legs we fancy ourselves against anyone and hopefully it proves that way.

“It’s a massive occasion and we look forward to it. Now it’s all about resting and recovering and trying to get the legs as ready as we can.”