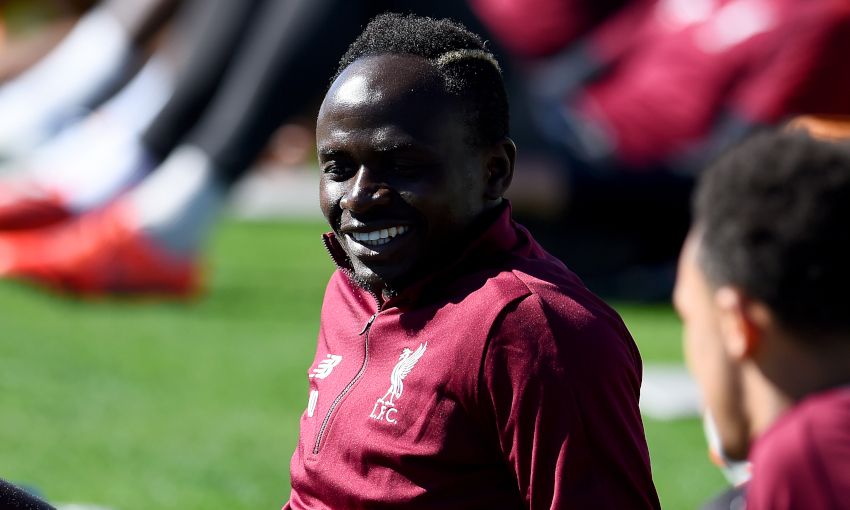 Sadio Mane feels Liverpool have arrived in Marbella for a six-day training camp ahead of the Champions League final collectively ‘feeling good and positive’ as preparations continue for the clash with Tottenham Hotspur on June 1.

The Reds touched down in Spain on Monday night, where they’ll carry on gearing up for the contest with Mauricio Pochettino’s men at Estadio Metropolitano in just under a fortnight’s time.

The squad undertook their first training session of the camp in glorious sunshine on Tuesday morning – and afterwards, Liverpoolfc.com grabbed a word with Mane to get an insight into how the squad are feeling heading into another Champions League final and also his reaction to winning the Premier League Golden Boot after 22 top-flight strikes.

Sadio, firstly, we’re back in Marbella preparing for the Champions League final. How are you feeling at the start of this busy week?

I’m feeling good, everybody is feeling good. We had a few days off, now we’re back and so let’s start training. We’re back in Marbella, it’s been a few times we've been here, so that’s good for us.

We saw your post on Instagram – did you really miss the weather in Liverpool while you were away?

To be honest, I was just joking! I was on holiday, but I was just making fun of myself because no-one misses the Liverpool weather, to be honest! That’s it. Now I think it is important for us to be back and prepare for the big game. We know how to do it [prepare], so we’re looking forward to it.

How important were those few days off?

It’s really important because we have been playing every [few days], so it’s good for us to have a few days off. We had that and now we are back looking forward.

It’s the first time we’ve spoken to you since you won the Premier League's Golden Boot. How proud are you to have claimed it?

I am very happy to win it. I always try to score as many goals as I can for the team; for me, that’s the most important thing [helping the team]. We were a bit unlucky because we wanted to win the league – this was our target – but in football, we try and try again. It didn’t happen this time, but we have the experience [of a title race] and now we are in a final, which is another target that’s very important for us. The league is behind us, Manchester City did so well and for sure they deserved it. We tested them, but we have to say congratulations and now we look forward to the final. It’s a big target for the season and hopefully we can do it.

Was winning the Golden Boot something you ever thought of growing up?

To be honest, when I was young I never thought about winning something like the Golden Boot – but every single day, I was thinking about winning a league and the Champions League. They were my big targets with a club. I am happy to win the Golden Boot and looking forward to scoring more goals than this season for the next few seasons.

Back to the final and given we have the experience of last year, the build-up and then the final itself, does that help in any way?

We have some experience about it and we know how it is because we were there last year and were unlucky we didn’t win, although Real [Madrid] were very good. We are feeling really, really positive and for us it would be a big, big thing [to win it]. Tottenham and ourselves are both really young, but we both have lots of experience and have played every kind of game. It is exciting and we want to win it, for sure – everybody knows. We’re not here to think twice about it, we’re just going to go there to try to win it.