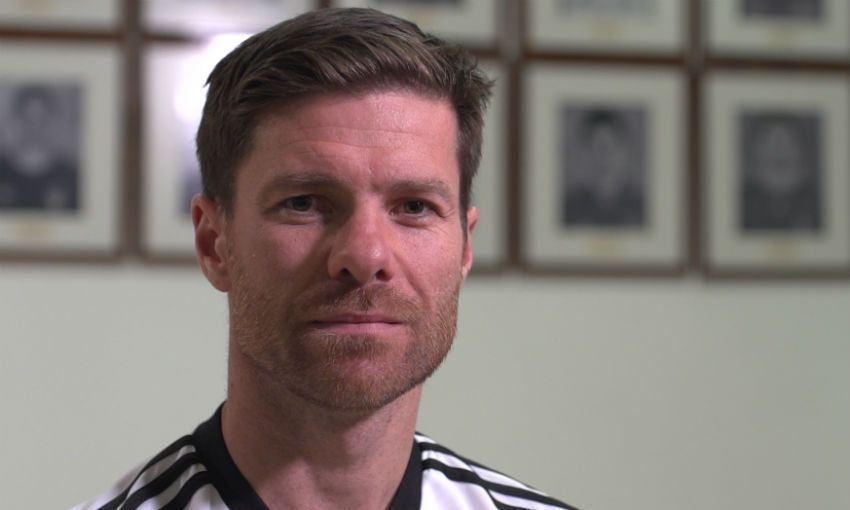 Xabi Alonso had to check.

It couldn’t have been better than that, could it?

“After the second leg I called a friend and said ‘the atmosphere looked really, really spectacular but was it better than 2005 and Chelsea?’ because I didn’t think it could be any better!” Alonso reveals to Liverpoolfc.com.

“He said: ‘It was probably equal.’ You could see that!”

The legendary former midfielder is, of course, talking about the Reds’ implausible Champions League comeback against Barcelona a few weeks ago: a victory that propelled them into Saturday’s final in Madrid.

Estadio Metropolitano will host the showpiece between Liverpool and Tottenham Hotspur and, ahead of the game, Alonso sat down with us to discuss the development of Jürgen Klopp’s team, how he expects the final to unfold, what it means to win the European Cup with the Reds and much more… 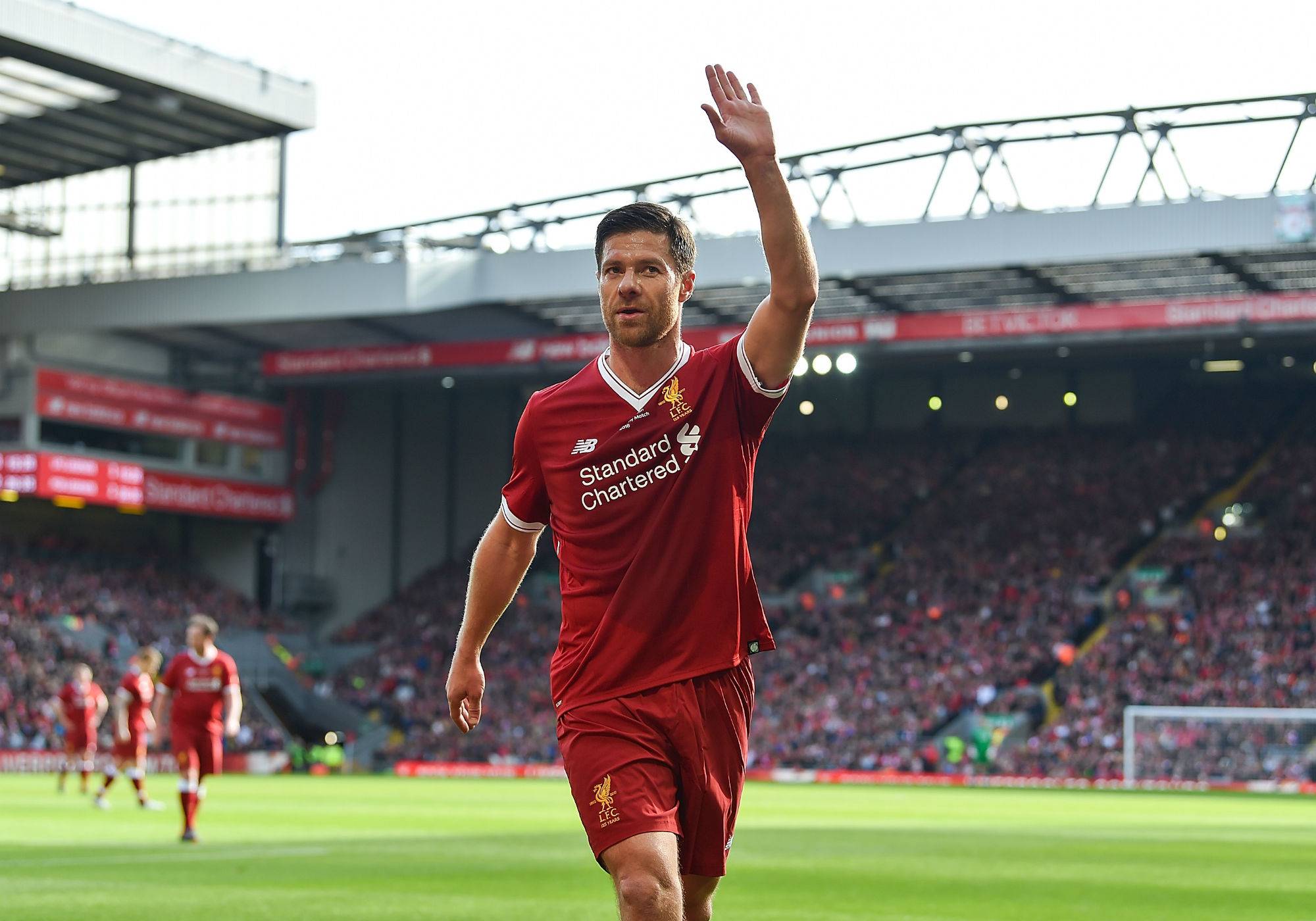 Xabi, Liverpool are back in another Champions League final and, unlike 12 months ago, there are no split loyalties for you this time around…

For sure. This year it’s much easier, I think I am going to enjoy it much more because last year I remember being in Kiev and everybody asking me ‘who are you supporting?’ and I was kind of in the middle of everything. So this year is going to be much more enjoyable and hopefully the result will be much better as well.

Are you looking forward to seeing thousands of Scousers enjoying the city you call home at the moment?

Yeah, absolutely! We’ve been looking forward to it since they beat Barca in the second leg. Everyone was so excited, everyone wants to go to the final. I don’t have enough tickets for everyone but I think that what they are achieving, with two finals in two years, is unbelievable and I’m very, very impressed with their performances so far.

We spoke before last year’s final. What do you think has changed in the Liverpool team since then?

I think many things are different. I think the defeat of last year probably gave them much more hunger so the motivation this season could be even better and they have the experience. We know it’s a final and anything can happen, especially with both teams being English - they know each other so well that it makes it even more difficult to predict what’s going to happen. But I think that having the feeling of how it feels to play a final, that’s going to be useful for them.

You played in two Champions League finals for Liverpool in 2005 and 2007. Is it easier the second time around in terms of preparation?

It is with the build-up, but what really matters is what’s going to happen on the pitch in a final so I am sure they are preparing well. They know Spurs, they know them pretty well, so both teams have a very well-worked idea of how they want to play the games and let’s see what happens. But we can be confident in how the team performs because they have been doing so well, especially in the last couple of months when they have been very consistent, very regular and if they are able to provide that high tempo that they like to play at, they will have a chance for sure.

It’s been quite a remarkable season for this team, too, having got 97 points in the Premier League while also reaching another Champions League final…

I think so. Despite the final results, and if you win of course you want to win the trophies, but for me what they have done is already a big, big success. It’s not just the results, it’s the energy around the club in all the different departments and the mood of the supporters - that’s a success. And now hopefully they will transfer that big, big energy into the last big achievement, which will be to lift the trophy. But whatever happens, congratulations to the players and to the manager hats off. They have my whole admiration.

Did you watch the semi-final versus Barcelona - and if so, could you believe what you were seeing?

I watched it! Actually, I was in Switzerland doing the last coaching badges in the UEFA headquarters with so many coaches from England, from Italy, from Sweden and from Spain. Before the game [second leg] we said ‘wow, this is going to be difficult but maybe they can do it. If they score one goal they will be able to create that mood’. And as soon as Origi scored the first goal, you knew it could happen: you don’t want to be Barca defending two goals in front of the Kop, you don’t want to be in that position. We knew that once they reached half-time at 1-0, because Barca they were close [to scoring], I could feel that they were going to have a chance. After the second leg I called a friend and said ‘the atmosphere looked really, really spectacular but was it better than 2005 and Chelsea?’ because I didn’t think it could be any better, and he said ‘it was probably equal’. You could see that!

You enjoyed some spectacular European wins during your time at Anfield. What do those kind of victories do for a team’s confidence and mentality?

It means a lot. I think they [the current Liverpool side] have the mentality that even from the hardest position they can come back. Not just in the 2005 final, but in the run to Istanbul and a couple of years later we had those tough moments when you need to prove yourself as a team and to be able to give a little bit more - and they are doing it, not just in the Champions League but in the Premier League, where they have done it so many times so far this year. To make that step forward is a great accomplishment and now they have the last hurdle to go through.

What kind of final are you expecting?

Hopefully it will be an exciting game: a typical Premier League game with high tempo, very demanding, tactically interesting - and I’m pretty sure of that because both managers think about the game and how they want to gain advantage - but I’m not going to predict anything!

During your Liverpool career you played Champions League ties against Chelsea and Arsenal, while the current team will face Tottenham in the final. What’s it like playing against a team you’re so familiar with in Europe?

It’s like Groundhog Day - ‘I have lived this day before’! But it’s not going to be the same day, it’s the Champions League final and especially for them [Tottenham] it’s going to be the game of their lives and they are going to play for that. So you need to put that in the equation, to know to prepare the build-up. Tactically and individually they know [each other] pretty well, but in the game you have to have a proper understanding of what’s going on in the pitch and how you want to perform. 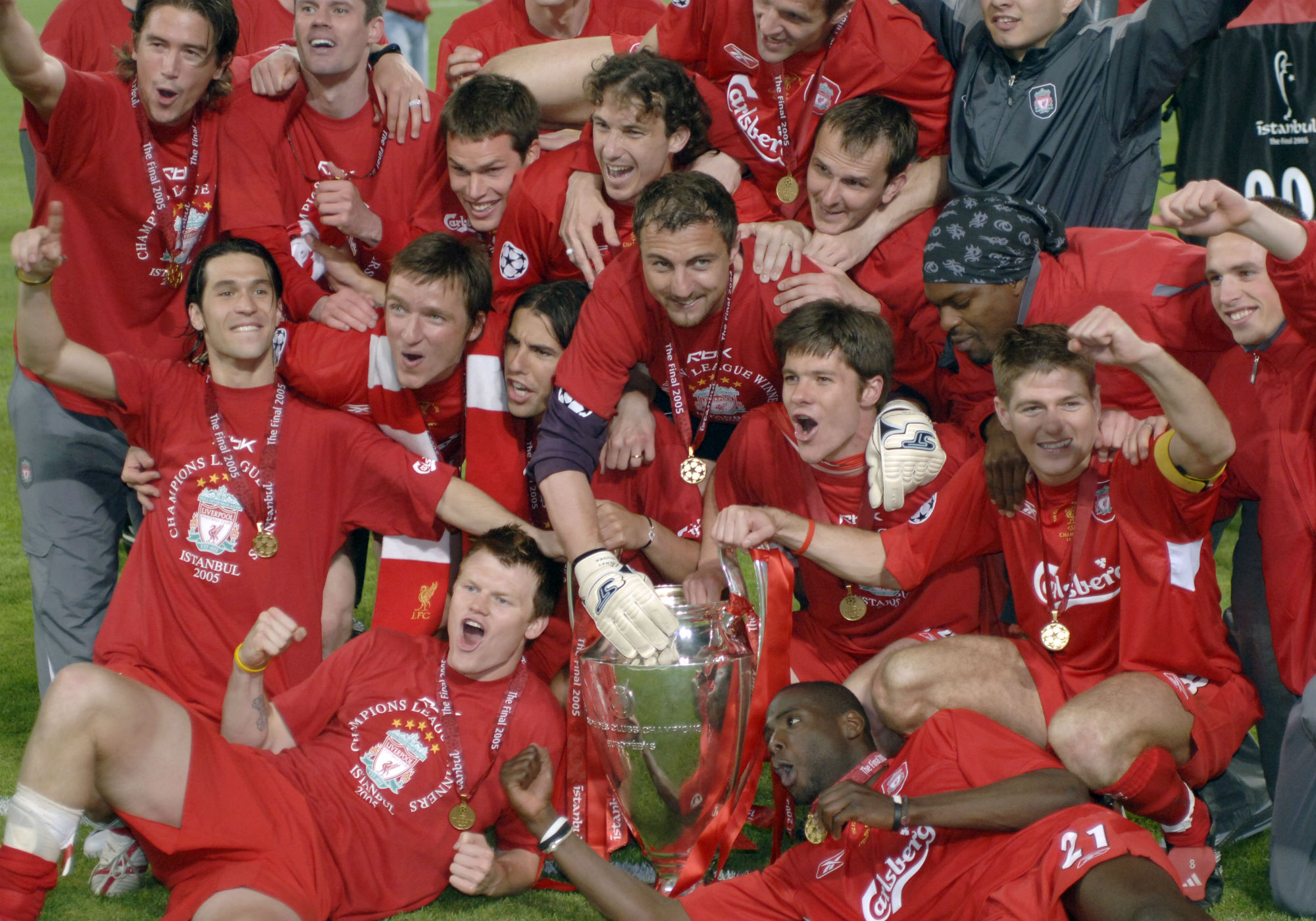 If this group of players win the Champions League, what can they expect in the aftermath and the years to come? They’ll be absolutely adored by the fans, won’t they?

Yeah, for sure. I think that once you are able to be even a small part of the big Liverpool history, you can be proud of yourself and wherever you go in the world there will be a Liverpool fan that will be proud of what you have achieved. To be able to deliver that moment for them is something that will stay forever and hopefully they will make part of that big history.

Finally, if you could tell the team one thing before they go out to play the final, what would it be?