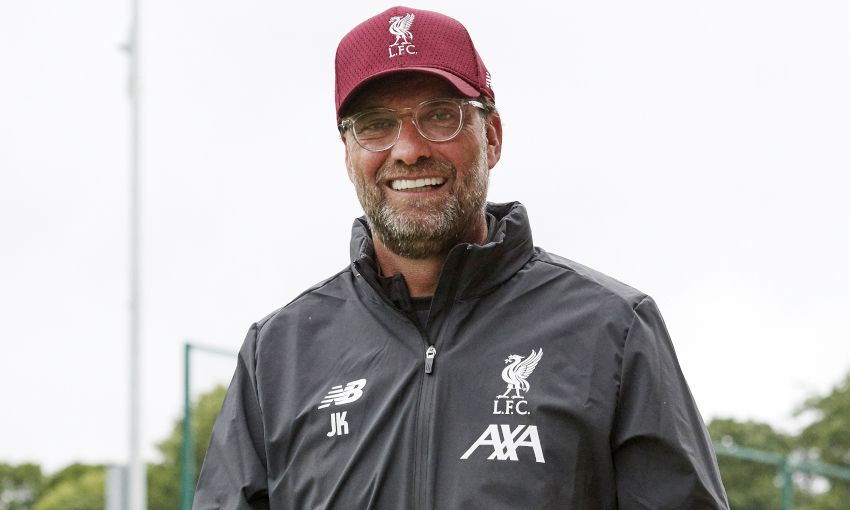 The emotions of winning the Champions League and parading the trophy in Liverpool will provide added motivation for Jürgen Klopp and his players in 2019-20.

Klopp’s side lifted the European Cup on June 1 – for the sixth time in the club’s history – after beating Tottenham Hotspur 2-0 in Madrid.

The following day, the Reds returned to the city to share the joy with hundreds of thousands of supporters in an unforgettable celebration.

Those feelings were still fresh for Klopp as the manager oversaw the opening day of pre-season on Saturday having enjoyed a summer holiday as a European champion.

And though the manager feels Liverpool must refocus for the new campaign, he expects the experience of winning the Champions League to have instilled even more desire into his players.

“Of course we move on,” Klopp told Liverpoolfc.com. “It’s not that wherever we go it’s like, ‘Morning, we won the Champions League!’ But why should we forget it?

“It’s just something that should give the boys more confidence – that’s important. But if you only use confidence you have no chance, but nobody should worry about this team.

“It’s not about being finally satisfied, happy or done with our careers because we won the Champions League, there is so much to go for.

Inside Training: The European champions return to Melwood

“We smelled really how it feels – we played the final, we won the final, we came into the city, we saw the city and saw the people. That’s something you can get addicted to, you want to have that much more often.

“It was very special, so you cannot forget it. It was very special. It’s something for the future when you look back on a career and nobody can take that away from you. But while you are in your career, as we all are, you have to use it as the next basis and to start new for the season because it’s a completely different season.

“But it’s all positive in the moment, of course.”

Sixteen players reconvened at Melwood on Saturday for the first preparations of 2019-20, involving strength and movement exercises as well as the lactate running drills.

The opening day came exactly five weeks after Liverpool’s Champions League triumph at Estadio Metropolitano and Klopp is suitably refreshed for the challenges ahead.

Reflecting on his summer as a European champion, the boss said: “It was actually better than I expected, to be honest, because it was long ago that I won something so I didn’t know exactly how it feels anymore. So it was good.

“It was a big difference to last year when I met people and they wanted to have a picture, it was always like, ‘Oh, I’m sorry, unlucky.’ This year it was different obviously.

“A holiday is always good after a long, intense season; everybody understands that you need a couple of days off. That’s what we had but it was long enough to be really full of energy and ready to go again.”