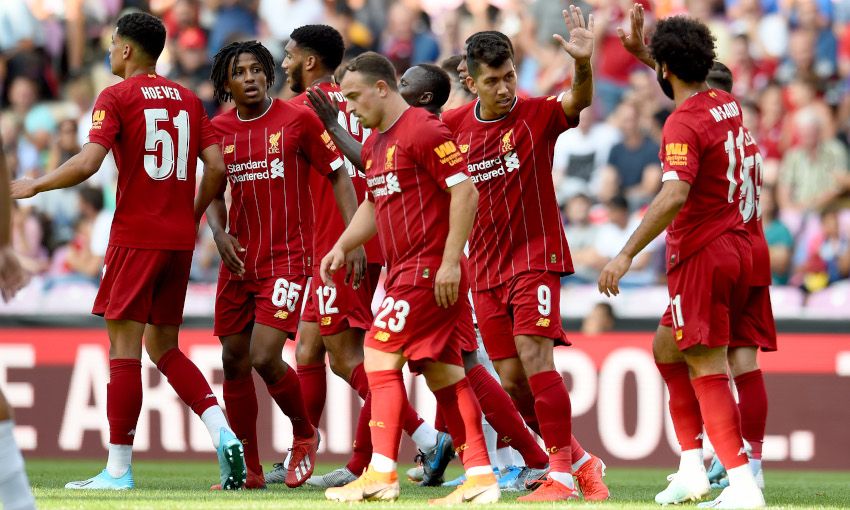 Liverpool welcomed a clutch of senior stars back to action as they rounded off their pre-season fixture list with a 3-1 win over Lyon in Geneva on Wednesday evening.

The night began at the Stade de Geneve with Alisson Becker conceding a third-minute penalty by bringing down Moussa Dembele when attempting to recover the ball after it had slipped from his grasp. Memphis Depay converted the resulting spot-kick.

The Reds equalised through Roberto Firmino soon after, though - the Brazilian finding the net with a smart strike on the turn from a deflected Xherdan Shaqiri cross.

Liverpool then took the lead moments later as Joachim Andersen inadvertently crashed Ki-Jana Hoever’s delivery into his own goal from eight yards.

Harry Wilson extended the advantage early in the second half with a stunning effort from range as the Reds signed off ahead of Sunday’s Community Shield encounter with Manchester City in style.

The Reds were aiming to finish their friendly schedule with a win following defeats to Borussia Dortmund and Sevilla and a draw with Sporting CP during their three-game tour of the United States.

Just three minutes into the contest, Alisson misjudged the flight of a cross from Marcal from the left and allowed the ball to squirm from his grasp. The goalkeeper then collided with Dembele, who was attempting to prod home and a penalty was awarded, from which Depay dispatched with aplomb.

Liverpool’s response saw Wilson have a shot deflected onto the base of the post after he’d been teed up by Yasser Larouci’s pass.

Dembele struck low into the arms of Alisson at the other end; however, the Reds levelled in the 17th minute.

Jean Lucas’s attempts to cut out a Shaqiri centre only succeeded in diverting the ball into the path of Firmino, who scored with a neat finish on the turn.

And Liverpool went in front soon after courtesy of an own-goal from Andersen, who in trying to deal with a Hoever cross sent it hurtling into the back of the net.

On the half-hour mark, Firmino and Shaqiri were withdrawn and replaced by James Milner and Rhian Brewster, just prior to Wilson watching a stinging drive saved by Anthony Lopes.

Salah and Keita were among those who made way during the interval – and it was a substitute who nearly furthered the lead when Bobby Duncan flashed wide of the far post after being prodded through by Larouci.

Nevertheless, Wilson did make it 3-1 eight minutes after the intermission when he sent a dipping effort sailing beyond substitute stopper Ciprian Tatarusanu from 25 yards. 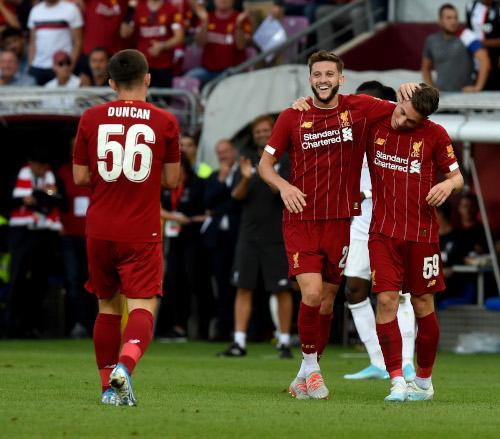 Bertrand Traore threatened to reduce the arrears when he broke clear into the right channel for the area; however, his attempt to cushion beyond Alisson was thwarted by the goalkeeper.

Eleven further changes followed just after the hour for Liverpool – and Alex Oxlade-Chamberlain and Harvey Elliott both went close to furthering their lead.

Jordan Henderson was also inches away from a fourth goal when he steered Trent Alexander-Arnold’s lay-off fractionally wide of the post, before the latter clipped a free-kick just off target.

But Liverpool were, by now, firmly in control and duly claimed a deserved win in Switzerland ahead of Sunday’s Wembley head-to-head with City.