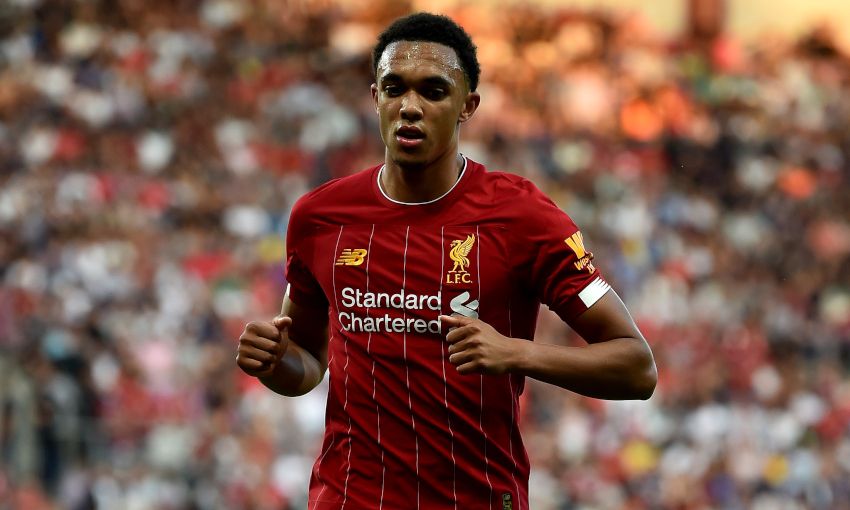 10 interesting stats about the 2019 Community Shield

"Our season starts on Sunday" – that's the message from Trent Alexander-Arnold as Liverpool look to scoop the Community Shield against Manchester City at Wembley.

The champions of Europe meet the Premier League winners in an intriguing contest that heralds the beginning of the season at the top level of English football.

The Reds will arrive into the capital from a six-day training camp in Evian and it was there that Alexander-Arnold sat down with Liverpoolfc.com for an extended interview.

He discussed the importance of Wednesday’s win in Geneva, the impact of having five senior players back in training, his status as a role model for youngsters in pre-season and, of course, the Community Shield.

Read the chat below…

Yeah, I think we’d struggled with the rhythm over the previous three games, but [against Lyon] it was really good. We showed signs we are getting back to the way it was last season. It was positive, it was good to get the result and the performance matched it. The players coming back, the young players, getting everyone out and getting the minutes they need was good as well. On the whole, it was a really good day.

When five players come back like this week, does that give everybody a psychological lift?

No matter who it is or whether you’re a star player or a young lad, it’s always good to see faces back from international duty and holidays, and good to see the mentality going into the season too. The five lads who came back a bit later than everyone else have come here, done the work really well and shown they’re hungry again for a bit more success next season.

Does the intensity of the training naturally step up when they’re back?

Yes, I think you get used to the intensity and then when you have world-class players coming back then naturally the level and intensity goes up and you need to perform a little bit better and focus a bit more in training. It’s always good to have those players around you, to test you, and when you’re playing with them it’s good to be able to get the rhythm back with them.

From your past experiences, does pre-season have extra significance when you’re a younger player?

It’s about getting the rhythm back, getting fitness and getting back to how things were. But it’s also about opportunities for the young lads; seeing them go out, perform and be given more of a chance than they normally would during a season is always positive for us. For the senior players, I’m sure it’s always good to see the young lads get a runout and be able to get that taste of what it’s like. Hopefully it gives them that little bit of hunger to stay with us, to push forward and be in around us again this season.

Does it bring back memories seeing some of the youngsters coming through this year, thinking of how it was for you?

There are different times when you get little flashbacks of things staying the same and how things have changed a little bit, but mainly you see how they get nervous before games and that they worry a little bit too much about their performance and wanting to impress. It’s about getting those minutes in and understanding adult football, which not many of them are used to and haven’t really been given that opportunity yet. [It’s about] trying to learn, adjust and adapt and get better as players to be able to be playing it week in, week out.

They talk about you being someone to look up to, a senior player and a Champions League winner at the age of 20. Has that dawned on you?

I think I understand that I have a responsibility for the young players; I try to make sure I am there for them and they know they can come and speak to me. Hopefully they know I have been in their situation and I know what they’re going through – coming in and out of teams, being rotated, not getting the minutes you want, finding it a little bit too hard or intense, or struggling with fitness and whatnot. I have been through it all. I hope they understand that I have, that I am always here for them and that I am always available for them to come and talk.

It is refreshing to have the young lads around. When we’re travelling throughout the season, I’m normally the youngest lad – the other youngest is maybe Robbo and people who are like 24 or 25 – so I am always around [players] that are a bit older than me, so it’s refreshing to have young lads in and around, to be able to be a bit silly around them, take a little bit of weight off and not think about what I am saying and stuff like that a little bit too much. It’s been good on both counts for me and the young lads to be around each other.

Are there any of those lads who remind you of yourself at their age?

The biggest one is probably Ki [-Jana Hoever], a quiet lad who goes about his business. [A lad who] wants to be given an opportunity and take it when he can. Obviously the news came out this week that he’d signed a new long-term deal with the club, which is amazing for him and amazing for us as well to have such a promising young talent. I would probably say him if I was comparing any of them to me, but I think they understand they’ve just got to be themselves around the lads – whether you’re loud or whether you’re quiet, there are different personalities and you’ve just got to be prepared to adjust and adapt to the way the first team go about things. A lot of them have probably been surprised by how intense it has been and how much recovery actually means, the food you have to put into your body, the ice baths between double sessions and stuff like that. They’re probably not really used to it in youth football – I remember I wasn’t used to it, but you’ve just got to try to adapt as soon as possible and try to keep up with them. 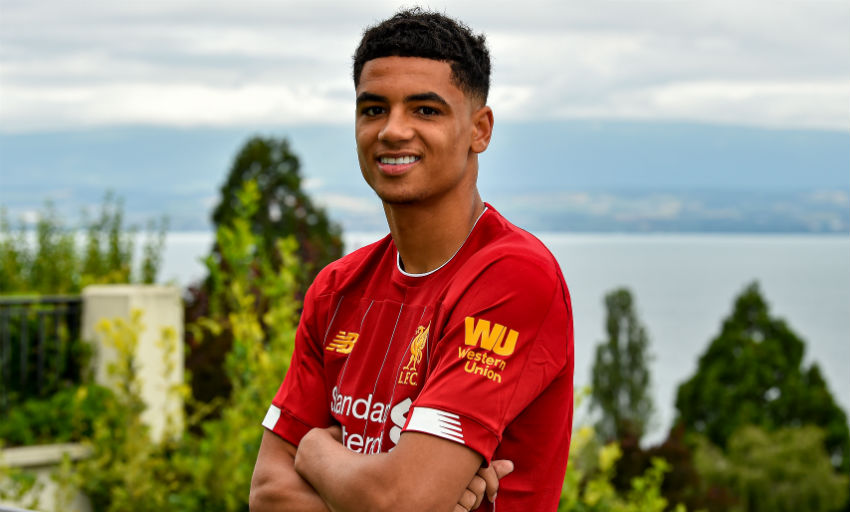 The Community Shield is a massive occasion against Manchester City – how do you view it as a player?

Again, it’s another opportunity to win a trophy. You’ve got to respect every competition you enter and this is one of many competitions that we’re in this season as a team. We’re obviously looking to win the game; it’s a game against City and one that might set off the start of the season. Effectively our season starts on Sunday and we’ve got a massive game against one of the best teams in the world. Coming in off pre-season, it’s going to be tough and intense but we know we can match them, we’ve shown that over the years. It will be tough but I am sure we will put in a good effort.

It’s the first time we’ve played in it for 13 years but it’s a dressing room that’s full of winners now and you must want this to become an annual thing?

Yeah, obviously we’ve all come in off the back of winning the Champions League, but Sadio [Mane] getting to the Africa Cup of Nations final [and] the Brazilians winning the Copa America was good for us as well. We’ve shown around the team with our countries and also as a team, we’re getting close to winning things and we are winning things. It’s important to have that mentality and to keep building on it. I think the club is in a really good place for that. I think the manager has said this is the team that’s going to get us through the next season so we need to embrace it and buy into the idea of what the manager tells us about how he wants us to play. I am sure we’ll try to go out there every game, put in performances and I am sure we will stay in and around winning things and keep pushing other teams to do well as well.