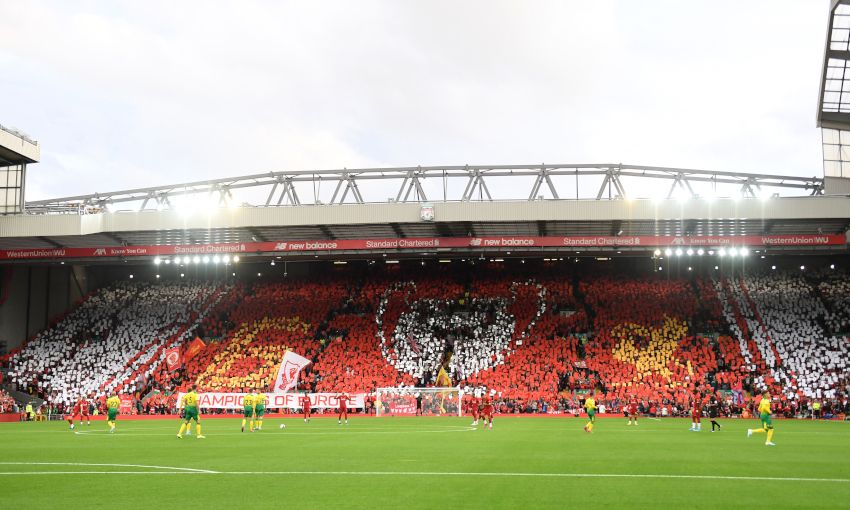 Liverpool's Champions League winners were welcomed back to Anfield with a special Kop mosaic on Friday night.

Before the Reds got their Premier League season under way against Norwich City, a visual celebration of the European Cup triumph was formed by fans on the stand.

Take a closer look at how supporters took the first opportunity to mark the club's glory in Madrid inside the stadium below... 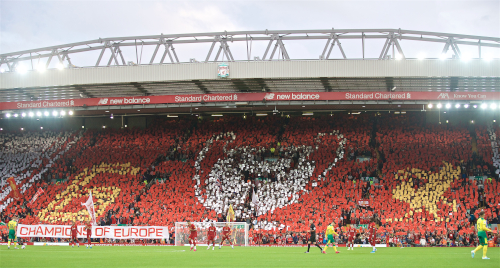