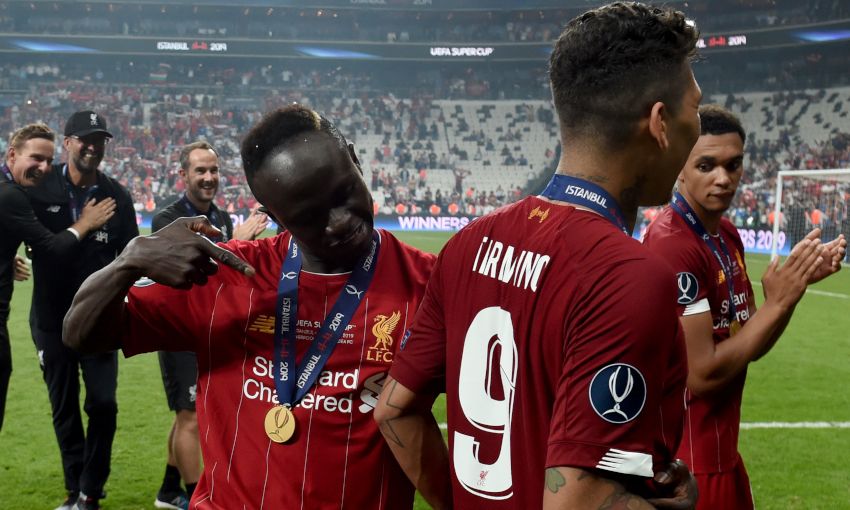 Roberto Firmino's selflessness in the UEFA Super Cup final was an example of Liverpool's strength, according to Sadio Mane.

The Reds No.9 was introduced at the beginning of the second half in Istanbul with the team trailing 1-0 to Premier League rivals Chelsea.

Within three minutes Firmino had set up Mane to level the score and the same pair combined in extra-time for the latter to power Liverpool in front.

A Blues equaliser forced a penalty shootout, but the European champions were not to be denied and secured the trophy for a fourth time thanks to Adrian’s save from Tammy Abraham.

In his post-match reflections, two-goal Mane was eager to divert credit to his teammates – with particular gratitude for Firmino’s part in his strikes.

“To be honest, I think I was just a lucky boy,” the Senegal international, who has now netted 16 times for the club in European competition, told UEFA.

“I think all the credit should go to my teammates, especially Bobby – he could have scored but he preferred to give it to me.