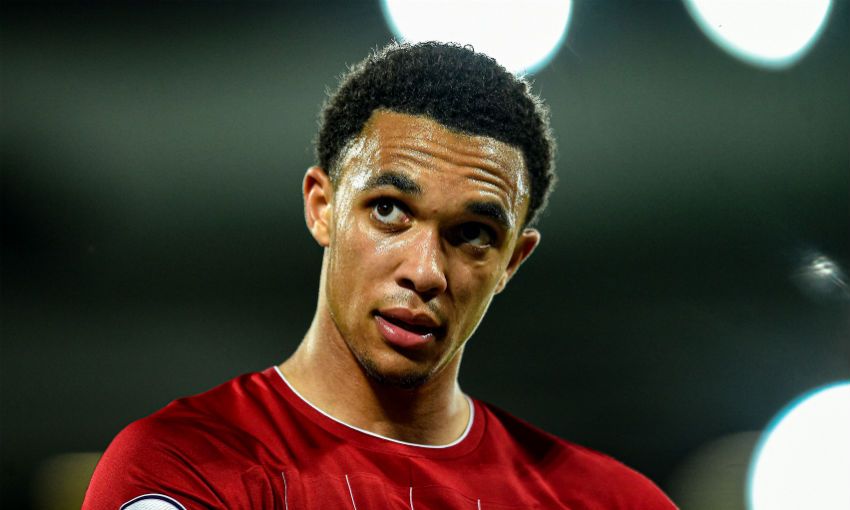 Liverpool 3-1 Arsenal: How it unfolded at Anfield

Further evidence of Liverpool’s ability to win different types of games has provided Trent Alexander-Arnold with a sense of early-season satisfaction.

The Reds’ fifth fixture of 2019-20 will take place on Saturday when Arsenal visit Anfield - and Alexander-Arnold is certain that they will be fully prepared to meet that challenge, too.

Jürgen Klopp’s side head into their third Premier League match of the campaign having previously collected six points from meetings with Norwich City and Southampton.

Last Saturday’s 2-1 victory at St Mary’s was earned just three days after Liverpool had overcome Chelsea on penalties to lift the UEFA Super Cup in Istanbul, and Alexander-Arnold is buoyed by the continuation of a positive trend that was present throughout last term.

“I think there’s different types of games: there’s wanting to perform well in some games and some games it’s purely about just getting the win, and I think Southampton was one of them when we needed to win the game,” the No.66 explained to Liverpoolfc.com.

“It was a tough place to go to, especially after the week that we had with all the travelling and obviously playing the extra-time and pens. It was tough for us but we got through that so we’re showing once again this season that we’re mentally resilient and we can win different types of football games.

“I think Saturday’s going to be a different kind of test to the one we faced last week so we’re preparing for that. We did well against them last year, especially at home, and we’ll be looking to do the same kind of thing.”

Alexander-Arnold and his teammates have had the relative luxury of a full week to get ready for Arsenal’s visit, something the full-back believes will be beneficial.

“Yeah, I think the manager will say as well that he likes to prepare for a game with a full week,” he said.

“I think we can go into more detail on the opposition and find out what we want to do and the game plan, it gives us more time to train that.

“It helps having the full week [and] I think for us it’s important to get used to both sides of the game - having not much time to prepare and having a full week. We need to be ready for all of them situations throughout the season and the lads have really adapted well.

“So early on, playing three games in a week is tough physically and mentally but we’ve done well. Last week was positive, we won all of our games and hopefully we’ll be able to carry that on on Saturday.

“The manager gave us a day off [after Southampton] and that always helps the legs, to have that bit more time to recover and get ready for the next game. So yeah, all the lads are ready: physically we’re ready, I think mentally we’re getting there as well now we’re near the end of the week so for us it’s all about preparing properly now and getting ready.”

Unai Emery’s Gunners are the only other team in the division to have won both of their opening two Premier League games and Alexander-Arnold expects to face attack-minded opposition this weekend.

The England international continued: “I think over the last few seasons, especially at Anfield, we’ve always had high-scoring games. That’s the way both teams play, in an attacking-style of football, so I’m sure both teams will want to win the game and it’ll be tough for both sides.”