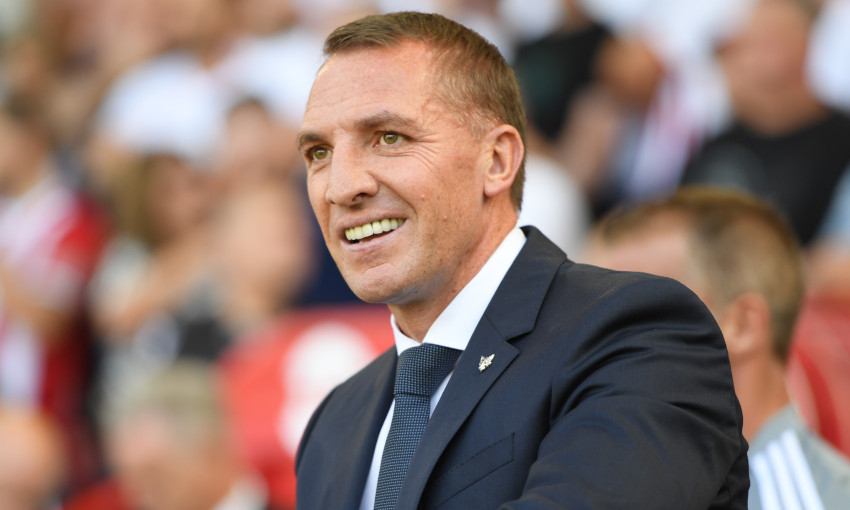 Brendan Rodgers is looking forward to his first return to Anfield as a manager when his Leicester City side face Liverpool this Saturday.

The 46-year-old was Reds boss for just over three seasons following his appointment in the summer of 2012 and led the club to a thrilling second-placed finish in the Premier League in 2013-14.

After a successful spell with Celtic, Rodgers took charge of Leicester in February this year and the Foxes have collected 14 points from their opening seven league matches this term to sit behind leaders Liverpool and Manchester City in the table.

The weekend trip to Anfield holds added significance for the Leicester manager, who reflected on his time on Merseyside ahead of the encounter.

“I’m really looking forward to going back,” said Rodgers. “I had the real privilege of managing there. So much learning took place for me at Liverpool.

“I always take the positives when I analyse my time there. The first couple of seasons went well and we went close to the title. The third year was more difficult but there was great learning for me as a coach. The fourth season didn’t last so long.

“I’m looking forward to seeing the likes of Jordan [Henderson] and James Milner. They were real leaders and you can see how they’ve developed.

“There were so many highs as a young manager and I’ll always be grateful for that.”

Having lifted the Champions League trophy in June, the Reds have made a 100 per cent start to the new Premier League season as they aim to go one better than the last campaign.

“Jürgen has done a brilliant job,” added Rodgers. “He’s brought a real harmony and togetherness to the team and supporters. The consistency has helped.

“They’re in a great position with young talents and experienced players. They look very strong.”