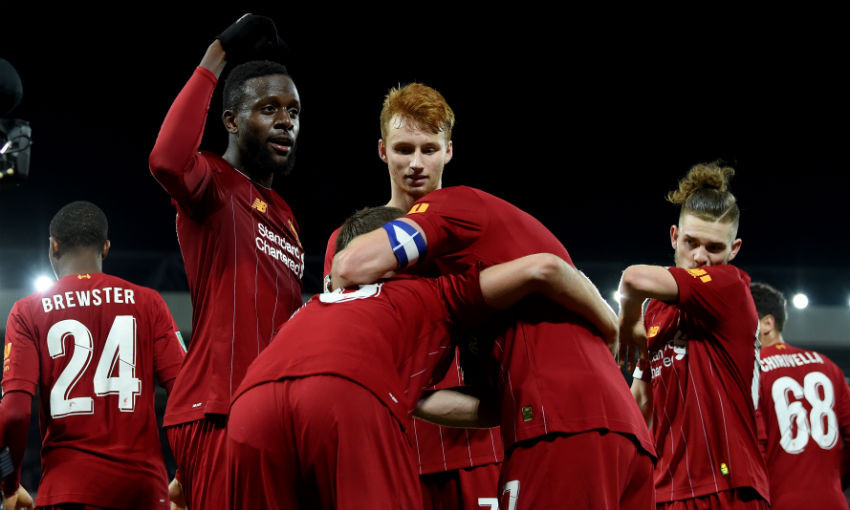 A pulsating spectacle saw Origi convert debutant Neco Williams' cross in the 94th minute to make it 5-5 at Anfield and take the tie to a penalty shootout.

It was there where Caoimhin Kelleher saved from Dani Ceballos to allow Curtis Jones to convert the decisive spot-kick that secured the Reds' place in the quarter-finals of the competition.

"In this club that's one of our values - we just never give up regardless of what happens," Origi told Liverpoolfc.com post-match. "Today I'm just happy [for] the young guys.

"I was in that position once and seeing them play and enjoying the game, seeing the fans always pushing us regardless of what happens, I think it's just very special.

"I'm so happy they could show it to the world. We obviously see it in training that they have unbelievable talent. For them to show it, it will make them grow.

“They showed that they are ready. We have a great team in all aspects and the coach knows that he can count on us.”

Origi continues to display his trait of coming up with goals at crucial times, with the striker on the scoresheet twice after scoring Liverpool's fourth and fifth over the Gunners.

"I think it was a very entertaining game for both sides, a lot goals for both sides and a lot of talents. I think today was about mentality and who wants it the most.

"With the staff that pushes us and the fans and our energy, I think we made a great mix. We had to wait until the end to take the win, but it was well worth it."