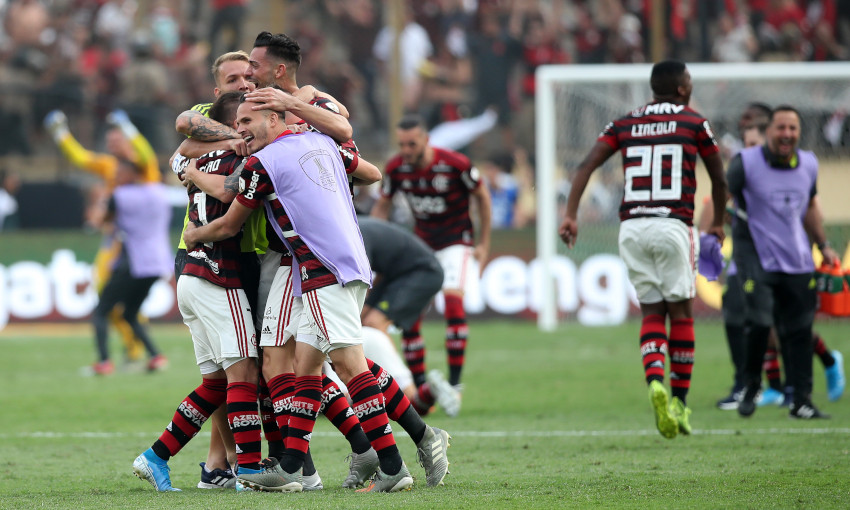 Flamengo booked their place at next month's FIFA Club World Cup with a stunning comeback against River Plate in the 2019 Copa Libertadores final on Saturday.

The Brazilian side clinched the South American title in remarkable fashion at Estadio Monumental in Peru, with two late goals overturning a deficit.

Having trailed to Rafael Borre’s opener for the majority of the match, Gabriel Barbosa scored in the 89th and 92nd minutes to snatch the trophy for Flamengo.

The triumph earned them qualification for the Club World Cup in Qatar and an automatic semi-final spot, on the other side of the draw from Liverpool.

Jorge Jesus’ team will face the winners of the second-round tie between the AFC Champions League holders – to be confirmed on Sunday – and ES Tunis, on December 17.