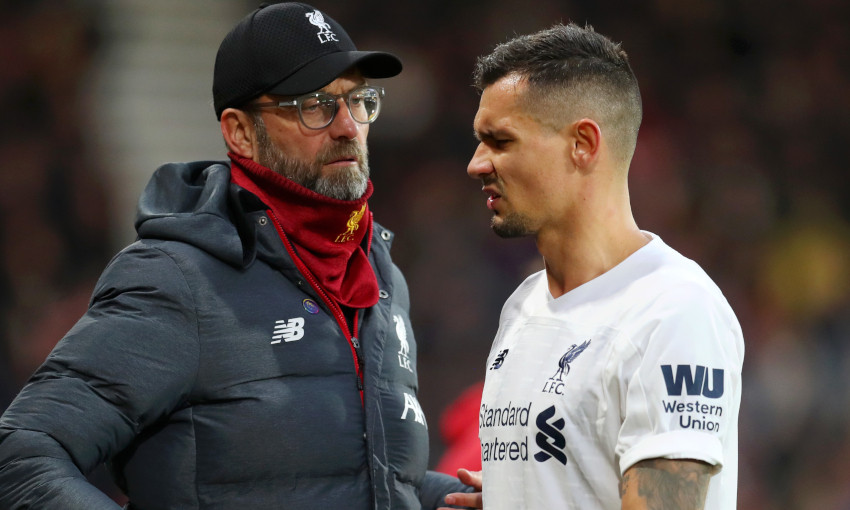 Jürgen Klopp doesn’t believe the issue that forced Dejan Lovren from the field during the first half of Liverpool’s 3-0 win at Bournemouth on Saturday is a serious one.

The defender was replaced by Trent Alexander-Arnold after 40 minutes at Vitality Stadium.

Lovren will continue to be assessed by the club’s medical team; however, Klopp explained the early indications suggest the injury isn’t cause for too much concern.

The manager also confirmed the knocks that ruled Georginio Wijnaldum and Adam Lallana out of the fixture are also deemed only minor.

Klopp told his post-match press conference: “Always you don’t know exactly but it looks not too serious, it looks like a little cramp. He felt something, he told us, said he for sure could go to half-time, wanted to have treatment there and carry on, but we said no and stopped it there.

“That’s the status quo, you have these kind of things in this moment of the season. It is similar to what Gini and Adam Lallana had – not serious but serious enough to keep them out.

“Now we have two days to make sure they can go again. That’s what I think at the moment but I don’t know 100 per cent.”