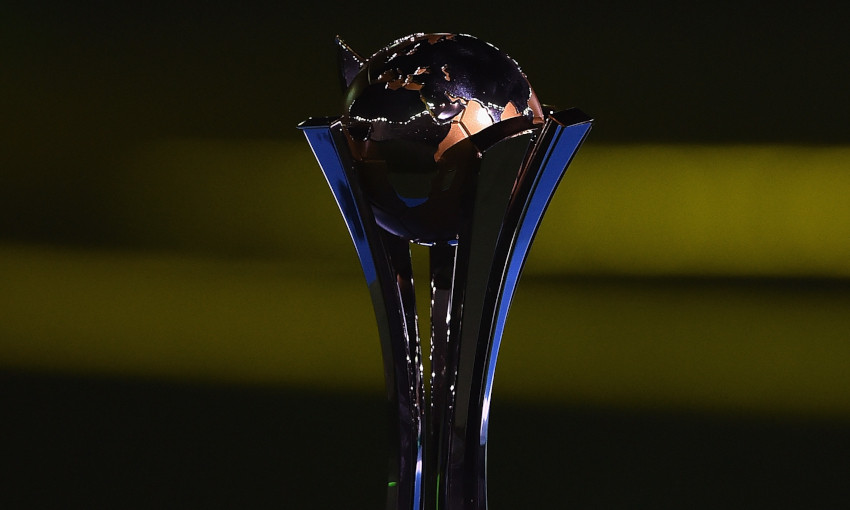 The FIFA Club World Cup kicks off tonight with the first of eight matches in the tournament.

Liverpool, who last participated in the competition in 2005, will enter at the semi-final stage and begin their quest for global glory on December 18. 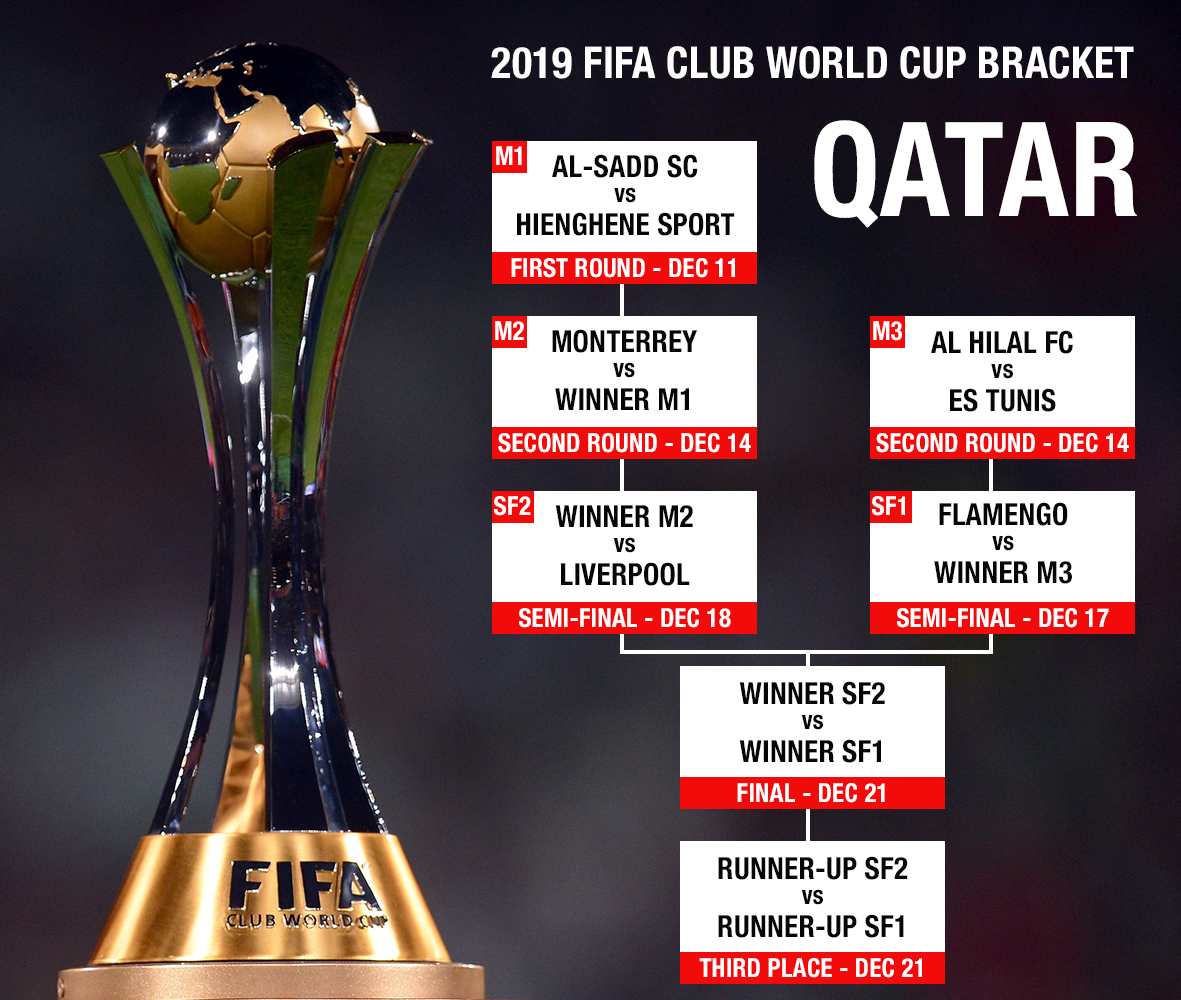 Here, we take a look at the Reds’ six rivals for the trophy…

Saudi Arabian side Al Hilal were the final team to secure their place at the Club World Cup, qualifying as the new AFC Champions League winners on November 24.

Coach Razvan Lucescu took the reins ahead of the continental tournament’s knockout stages and led them confidently to a first Asian title since 2000.

Al Hilal held off a fierce second-leg comeback to defeat fellow Club World Cup participants Al Sadd 6-5 in the semi-finals and then claimed an assured 3-0 aggregate victory over Urawa Reds to lift the trophy.

Former Swansea City striker Bafetimbi Gomis, now 34, spearheaded their campaign, top-scoring with 11 goals – including seven in the knockout rounds – and being named MVP.

“It’s a great tournament and Al Hilal belong there,” Gomis said of the Club World Cup.

“The champions of every continent will be taking part and that’s why we will prepare well, to be the best representative of Saudi football that we can be.”

Reds fans will recognise another familiar face in Sebastian Giovinco, the ex-Juventus attacker and Italy international, who made the move to the club from Major League Soccer at the beginning of the year.

Lucescu has adeptly balanced Al Hilal’s AFC Champions League adventure with their attempt to reclaim the Saudi Pro League title, guiding his side to the top of the table on goal difference having played one match fewer so far this term.

They will make their debut at the Club World Cup.

Al Sadd’s dominance of the Qatar Stars League in 2018-19 means they will represent the host country at the Club World Cup.

With 18 wins in 22 fixtures, 100 goals scored and a goal difference of +78, they finished seven points clear last term to clinch their 14th domestic championship and with it a crack at the global crown.

Spain legend Xavi Hernandez was part of that title-winning team in the final season of his illustrious career and was subsequently appointed as the club’s head coach from the current campaign.

He took Al Sadd close in the 2019 AFC Champions League, his side ultimately falling one goal short of a huge comeback in a classic semi-final with eventual tournament winners Al Hilal.

“I make sure we work on possession in every training session and I have the players trying to win the ball back as soon as they can,” Xavi, twice a Club World Cup winner with FC Barcelona, said of his tactical mindset.

Their chief goalscoring threat is likely to come from Algeria international Baghdad Bounedjah, who netted 39 times in 22 league appearances in 2018-19 and has posted nine more so far this season.

Bounedjah also provided the only goal in last summer’s Africa Cup of Nations final to hand his nation glory at the expense of Sadio Mane’s Senegal.

His teammate and fellow forward Akram Afif, meanwhile, was named AFC Player of the Year for 2019 earlier in December.

Al Sadd – who finished third at the Club World Cup in 2011 – could set up a semi-final showdown with Liverpool on December 18 but would have to beat both Hienghene Sport and then Monterrey to reach the last four.

Flamengo booked their ticket to the Club World Cup in spectacular fashion.

Jorge Jesus’ outfit trailed to River Plate in last month’s Copa Libertadores final for 75 minutes but, as the final whistle and defeat loomed, Gabriel Barbosa struck twice to snatch the glory in Peru.

The striker, nicknamed Gabigol, has been in stunning form since joining the Brazilian side on loan from Internazionale at the beginning of the year, top-scoring in both the Libertadores (with nine) and Serie A (25). 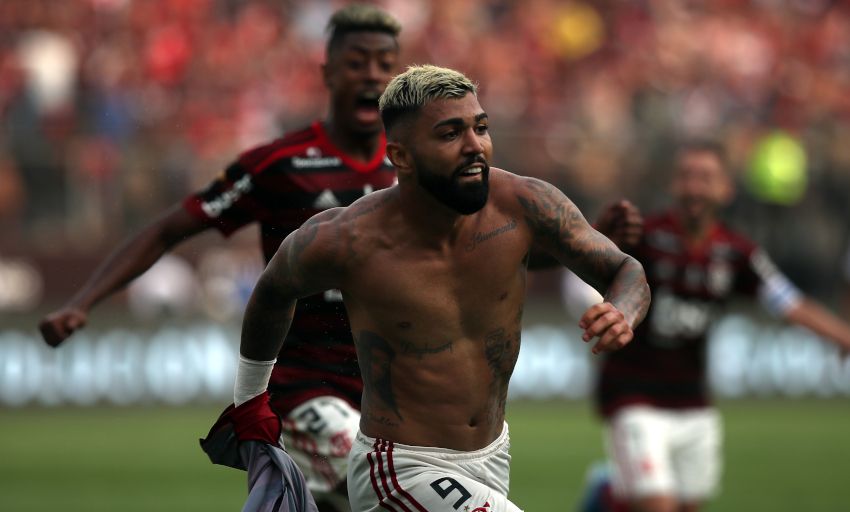 Flamengo had come through back-to-back all-Brazilian ties to reach the final, eliminating Internacional and then Gremio, and their dominance in domestic football was confirmed just a day after the triumph over River.

“It was absolute euphoria. We managed to turn the game around at the death and it was an explosion of happiness,” said forward Bruno Henrique.

“We didn’t stop celebrating from the final whistle until the Monday because we worked so, so hard for this moment. Everyone is really satisfied and proud here.”

Not since 1963 had a Brazilian team won both the Copa Libertadores and the league in the same year, Flamengo emulating the achievement of a Santos outfit featuring Pele.

Their only previous continental triumph, in 1981, coincided with Liverpool’s third European Cup win and Flamengo were 3-0 victors when the two clubs subsequently contested the World Club Championship in Tokyo.

The Tunisian giants have claimed the CAF Champions League title in each of the past two years, and now four times in total, while simultaneously topping their domestic division for three successive seasons.

Their continental triumph was hugely impressive under the guidance of Mouine Chaabani as they navigated the entire competition without defeat, a total of 12 matches.

Chaabani – six times a championship winner during his decade as a player with the club – leads a squad packed with senior internationals in Esperance’s centenary year.

A contested incident in May’s two-legged final against Wydad Casablanca delayed their crowning – and with it a ticket to Qatar – until August, but they come into the global tournament with a potent mix of know-how and determination.

Losers at the quarter-final stage on both of their previous Club World Cup appearances, including against Al Ain a year ago, ES Tunis have no intention of falling at the first hurdle again.

“Our first mission this time around is to beat Al Hilal and only then we can start thinking about the following matches,” said Taha Yassine Khenissi, who is preparing for a third crack at the crown.

“We want things to be different this time around. We went into the Al Ain game last year as favourites, but we lost because of a lack of experience. This time we want to put those mistakes right, prepare in the best way possible, and focus on every single game.”

A campaign founded on defensive solidity – Felix Tagawa’s side conceded just twice across three group-stage games and three one-off knockout ties – reached a breathtaking and historic climax in May.

The winning strike was a YouTube special, Antoine Roine firing a pinpoint shot from 10 yards inside his own half over the opposition goalkeeper.

It was a fairy tale goal for a fairy tale story. Hienghene were only formed in 1997 and were participating in the OFC Champions League – a tournament dominated exclusively by sides from New Zealand throughout the rest of the 2010s – for just the second occasion.

“But we will have to be highly concentrated defensively, because the slightest error at this level is costly. This is where the difference will be if we want to perform in the competition.”

Hienghene, who are on the same side of the draw as Liverpool, arrived in Qatar almost a fortnight ago and will face Al Sadd in the opening match tonight.

Just as the Reds did in June’s UEFA Champions League final, Mexican side Monterrey defeated a team from their own league to conquer CONCACAF back in May.

Los Rayados – ‘the striped ones’ after their navy blue and white kit – edged out rivals Tigres 2-1 over two legs to rule their continent for the first time since winning the tournament three times in a row between 2011 and 2013.

That streak of success in the CONCACAF Champions League means Monterrey have significant experience of the Club World Cup, with the trip to Qatar set to be their fourth participation.

Fifth-place finishes sandwiched a run to third in 2012 for the club who would be Liverpool’s semi-final opponents if they overcome the winners of the first-round tie between Al Sadd and Hienghene Sport.

Former Monterrey player Antonio Mohamed returned for a second spell as manager in October this year and is successfully juggling a tilt at the Liga MX Apertura title with preparations for the Club World Cup.

Having snuck into the Mexican division’s play-offs by taking the eighth and final qualifying position in the league campaign, Los Rayados booked a place in the final last weekend by sealing a 3-1 aggregate victory over Necaxa before journeying to Qatar.

“Monterrey are a very intense and aggressive team that always seek to win,” said Mohamed. “We press our opponents high up the field to quickly win back possession. That’s an essential part of my coaching style and I try to constantly instil that.

“We’re preparing in the knowledge that we’ll be facing first-class teams that will have moments when they are on top during games. So, when that happens, we need to know how to defend – even though we’ll try to stay in the ascendancy for as long as we can.

“That’s why we’re well prepared: to be aggressive in our opponents’ half and get forward. At the other end, in terms of defence, we need to improve.”

All quotes courtesy of FIFA.com.