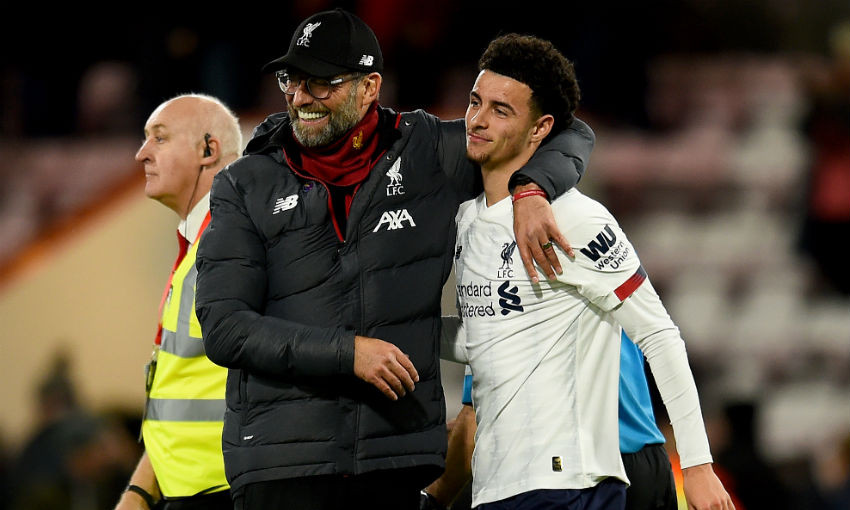 Jürgen Klopp admitted it was a 'nice' sight to see Curtis Jones make his Premier League debut on the weekend, but stressed the decision to introduce the young Scouser was entirely pragmatic.

It was a dream come true for the 18-year-old, although Klopp was quick to point out many more challenges lie ahead for the No.48.

Speaking to Liverpoolfc.com, the boss said: "It was his third time in the squad, so then I thought it makes sense to bring him on.

"But it was not a present, I have to say. It's his development. We want to show respect for that and we appreciate that.

"Then you need a player and today we were without Adam and Gini here. We thought we need a midfielder because we want to rest Robbo a little bit, so move Millie there. That's then a good choice.

"There are two or three more in the moment which we still have in the backhand. If we have to use them then we will then use them early. If not, then we give them a bit more time to develop and use them later."