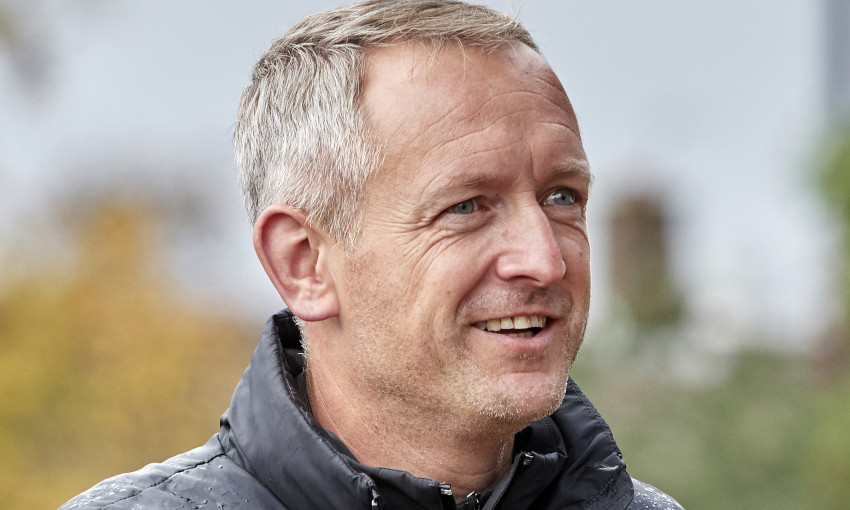 With the tie scheduled for the same week as the FIFA Club World Cup in Qatar, the Reds will deploy two separate playing squads in the competitions, with U23s boss Critchley set to take charge of the team used at Villa Park.

“Unusual circumstances, quite unique circumstances really and I’m not sure it’s happened too many times or maybe it’s not happened in the past. The club have obviously tried to find what they think is the best solution.

“This is the circumstance, or what’s arisen, and [for] me and the staff and our players it will be one that we relish and look forward to hopefully with great optimism on the night.”

The Carabao Cup has already provided senior chances for many of the developing players in the first-team and Academy squads this season.

In the third round at Milton Keynes Dons, there were debuts for Rhian Brewster, Harvey Elliott and Caoimhin Kelleher – plus Herbie Kane and Sepp van den Berg off the bench – and Ki-Jana Hoever was a goalscorer.

The subsequent Anfield tie with Arsenal saw Neco Williams debut and set up a last-minute equaliser at the Kop end, before Kelleher and Curtis Jones won the penalty shootout for Liverpool.

“That’s got to be your proudest moment, but obviously for them and their families first and foremost,” said Critchley.

“That’s probably better than any win you would have at the weekend or better than any three points you pick up, to see someone realise their dream of playing for Liverpool’s first team, and particularly at the moment with how good our first team is. To get any game is an achievement.

“We had a few involved at MK Dons and more against Arsenal. Again, you have to give credit to the manager for playing these players. You look at the teamsheet against Arsenal and you see their team and you generally think, ‘OK, it’s going to be a tough old night this’.

“The response they showed after being 3-1 down and 5-4 down, and their response and willingness to keep fighting and keep going right until the end, was credit to those boys.

“The mentality that the manager tries to instil in all these players, we try to replicate that and I think that was a good example of them coming together on the night and getting the benefit of that.

“It was a great moment but, again, you don’t want that just to be their one game or their third game, you want it to be 50 and beyond. That’s what we are looking for.”

That next appearance is likely to come for many at Villa Park, where Premier League side Villa will stand in the way of a semi-final berth.

Jürgen Klopp spoke recently of there being ‘no pressure’ on the Carabao Cup squad and Critchley echoed the sentiment, insisting his players should be positive on the night.

“Aston Villa away in the quarter-final, you’d expect it to be a really good crowd, they won’t be resting any of their players because they have the chance to reach the semi-final and they’ll be going flat out.

“I just see it as nothing but a fabulous opportunity for these young players to go and prove where they want to be in the future and hopefully come the end of the game the supporters and people watching the game will have a real positive opinion of our young players.”