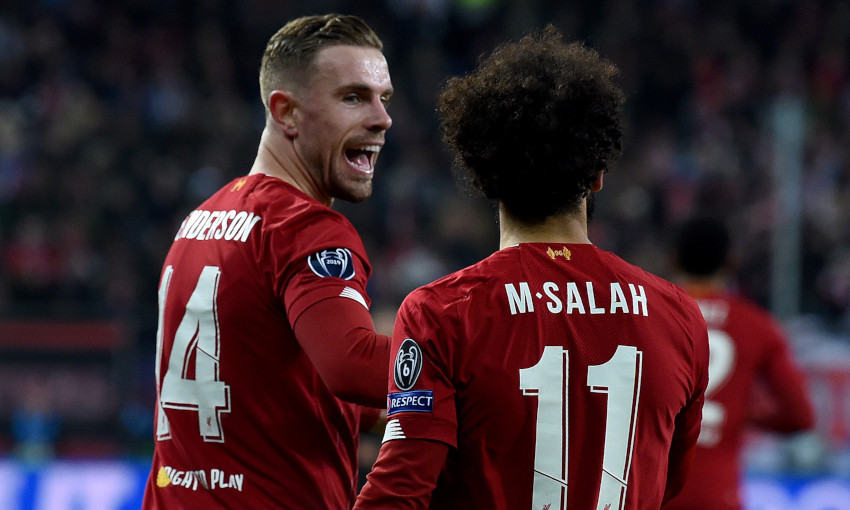 Jordan Henderson had no explanation for Mohamed Salah's magical goal against Salzburg.

Salah found the net from the tightest of angles at Red Bull Arena on Tuesday night to put Liverpool into a 2-0 lead that secured their place in the Champions League knockout stages.

It was a moment of genius by the Egypt international, who had earlier been off target from several promising positions, and Henderson was stunned by the skill.

“I can’t believe he scored that second one from the angle he was at, it was a magnificent finish,” said the Reds captain.

“He would probably have been wanting a couple more with the chances he had but he kept going, kept plugging away and was a threat all night really.

“He kept going, which is the most important thing. You are going to get chances and are going to miss chances, that’s part of football.

“But he kept going and I don’t know how he got the second one in but it is a great run and a magnificent finish and he was dangerous all night.” 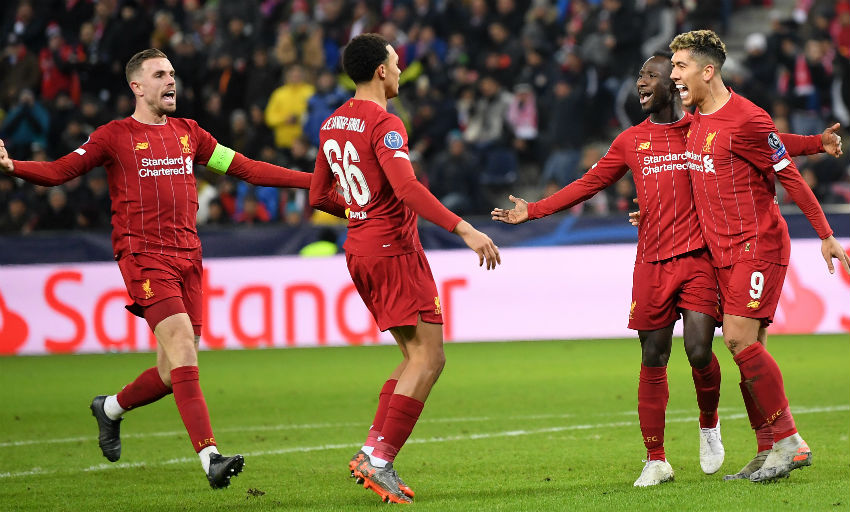 Liverpool emerged from a frantic, end-to-end first half against Salzburg unscathed and steadily stamped their authority on the tie.

Naby Keita broke the deadlock 57 minutes in and, 100 seconds later, Salah doubled the advantage to guarantee top spot in Group E for the European champions.

“I felt they started quick, like we knew they would, but overall we deserved the win,” reflected Henderson, who made his 50th European appearance for the club.

“We kept defending well as a team throughout the game and a clean sheet was important. We scored some good goals and probably should have had some more, to be honest.

“We had some good last-ditch tackles, Ali made a good couple of saves as well, which is important, but we knew we would have to do that, especially coming away from home here we knew it would be difficult.

“We’ve had a lot of experience in the Champions League, it’s a tough competition and there are so many good teams. It has gone to the last game the last few years and we’ve managed to come out on top, which is important.

“That’s just the way it is. We’ve dealt with it really well, we just have to do the same in the knockout stages.”